German scientists have trained dogs to sniff out the “corona odour” in human saliva with a 94 per cent accuracy rate, even with those who are asymptomatic, they claim.

Senior State Veterinarian Dr Esther Schalke from the armed forces’ school for service dogs said that the animals do not sniff out the virus itself, explaining, according to Bild: “The virus attacks the cells, which changes the metabolism, and other molecules than normal are released. The dog smells that.”

The dogs are trained by sniffing holes in boxes, some of which contain samples of COVID-19. If the dog identifies the sample, he or she is given a treat.

Filou and Joe Cocker are two of the eight dogs to be retrained to detect the virus after previously working as cadaver or mine-sniffing dogs. Paula Jendrny, who is writing her thesis on the sniffer dogs, said that scent animals could be trained to detect anything.

“As long as they have fun and want to ‘work’. Ultimately, the dogs don’t care what they sniffed out — as long as there is a reward at the end for the correct result,” Ms Jendrny said. 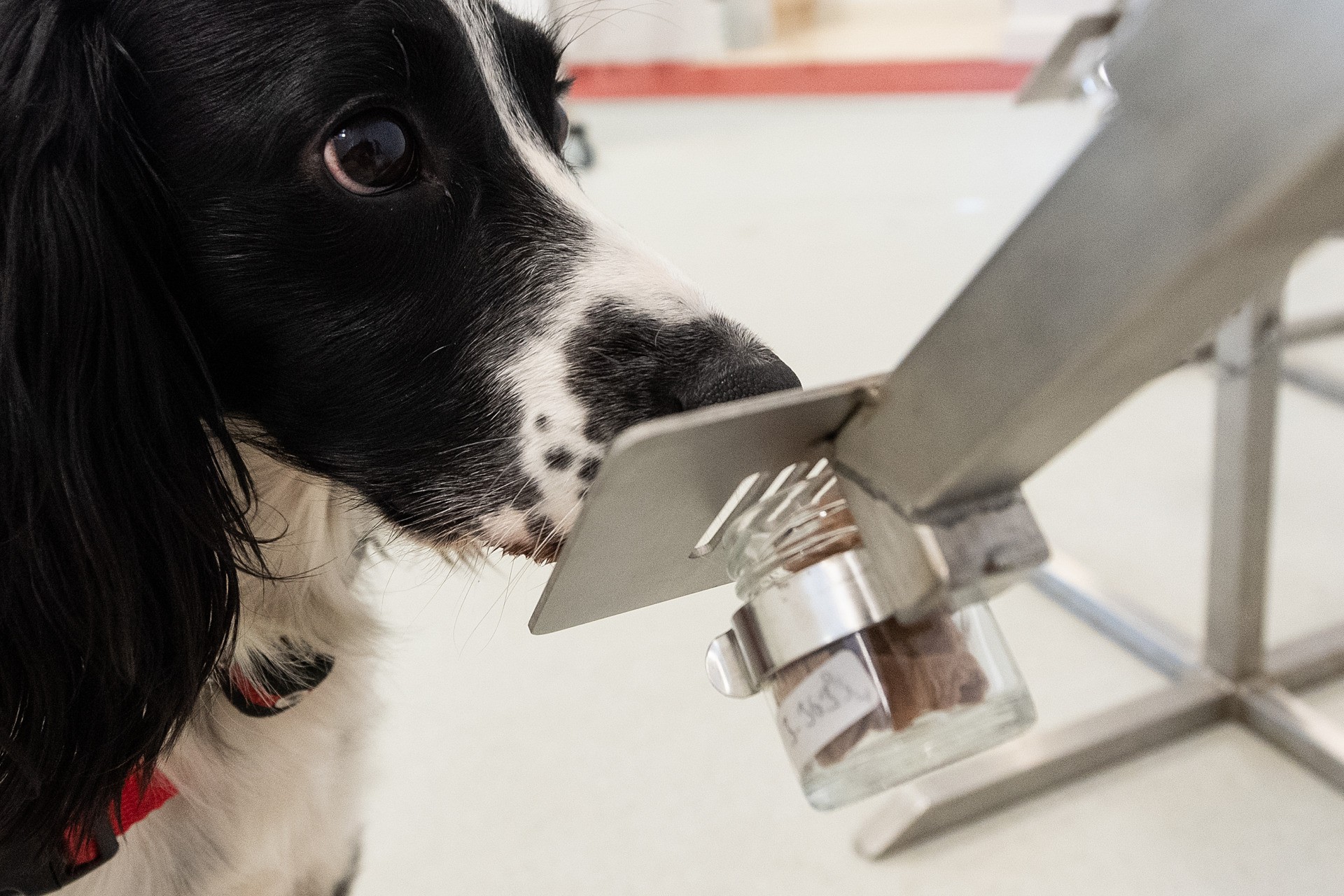 MILTON KEYNES, ENGLAND – MARCH 27: “Freya” correctly detects a sample of malaria from a row of sample pots at the “Medical Detection Dogs” charity headquarters on March 27, 2020 in Milton Keynes, England. The charity is currently working with the London School of Hygiene and Tropical Medicine to test whether the dogs can be re-trained in the next six weeks to provide a rapid, non-invasive diagnosis of the virus. Medical Detection Dogs has successfully trained it’s dogs to detect cancer, Parkinson’s and bacterial infections, through the sense of smell and is now looking for donations to help cover the costs of the intensive programme. The Coronavirus (COVID-19) pandemic has spread to many countries across the world, claiming over 20,000 lives and infecting hundreds of thousands more. (Photo by Leon Neal/Getty Images)

State premier of Lower Saxony Stephan Weil called for more studies, saying that it could be rolled out at airports and border crossings.

Professor Dr Holger Volk, head of the clinic, said that the sniffer dogs offer a quicker and less invasive way of checking if someone is infected, even if they are asymptomatic.

“So dogs can really sniff out people with infections and without infections, as well as asymptomatic and symptomatic COVID patients,” said Professor Volk.

“Since dogs make a decision within a few seconds and are thus significantly faster than rapid antigen tests and there is no unpleasant nasopharynx swab required for the PCR tests, their use is particularly attractive for larger crowds,” he added. 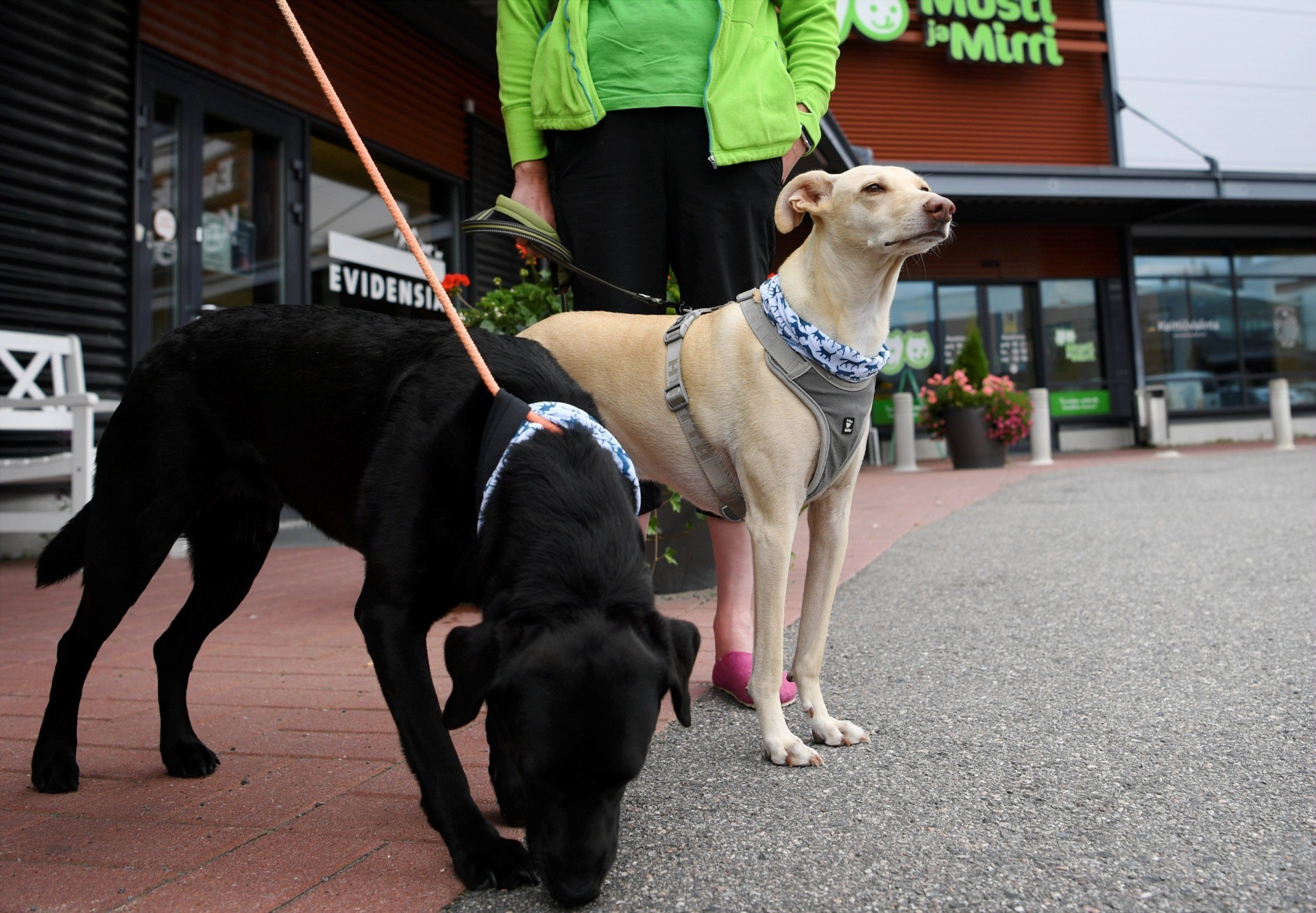 Corona virus sniffing dogs named Miina and Kössi (R) stand on the leash after being introduced at the Evidensia veterinary clinic in Vantaa, Finland on September 2, 2020. – The dogs are trained to detect corona virus from the arriving passengers at the Helsinki-Vantaa international airport. (Photo by Antti Aimo-Koivisto / Lehtikuva / AFP) / Finland OUT (Photo by ANTTI AIMO-KOIVISTO/Lehtikuva/AFP via Getty Images)

COVID-sniffing dogs are already being employed at airports in Santiago, Chile, Dubai in the United Arab Emirates, and Helsinki in Finland. Trials are also taking place in Italy, Belgium, France, and Australia, amongst other nations.

British charity Medical Detection Dogs based in Milton Keynes, England, began trials last March in partnership with the London School of Hygiene and Tropical Medicine (LSHTM). Dogs were already being trained to sniff out other diseases and conditions like malaria, low blood sugar, and Parkinson’s disease.

In October 2020, the Guide Dogs charity donated dogs to Medical Detection Dogs which were unsuitable for working with the blind. Medical Detection Dogs told The Guardian in December that they hope to advance the animals’ training early this year to work with people and in busy, noisy environments, such as airports. 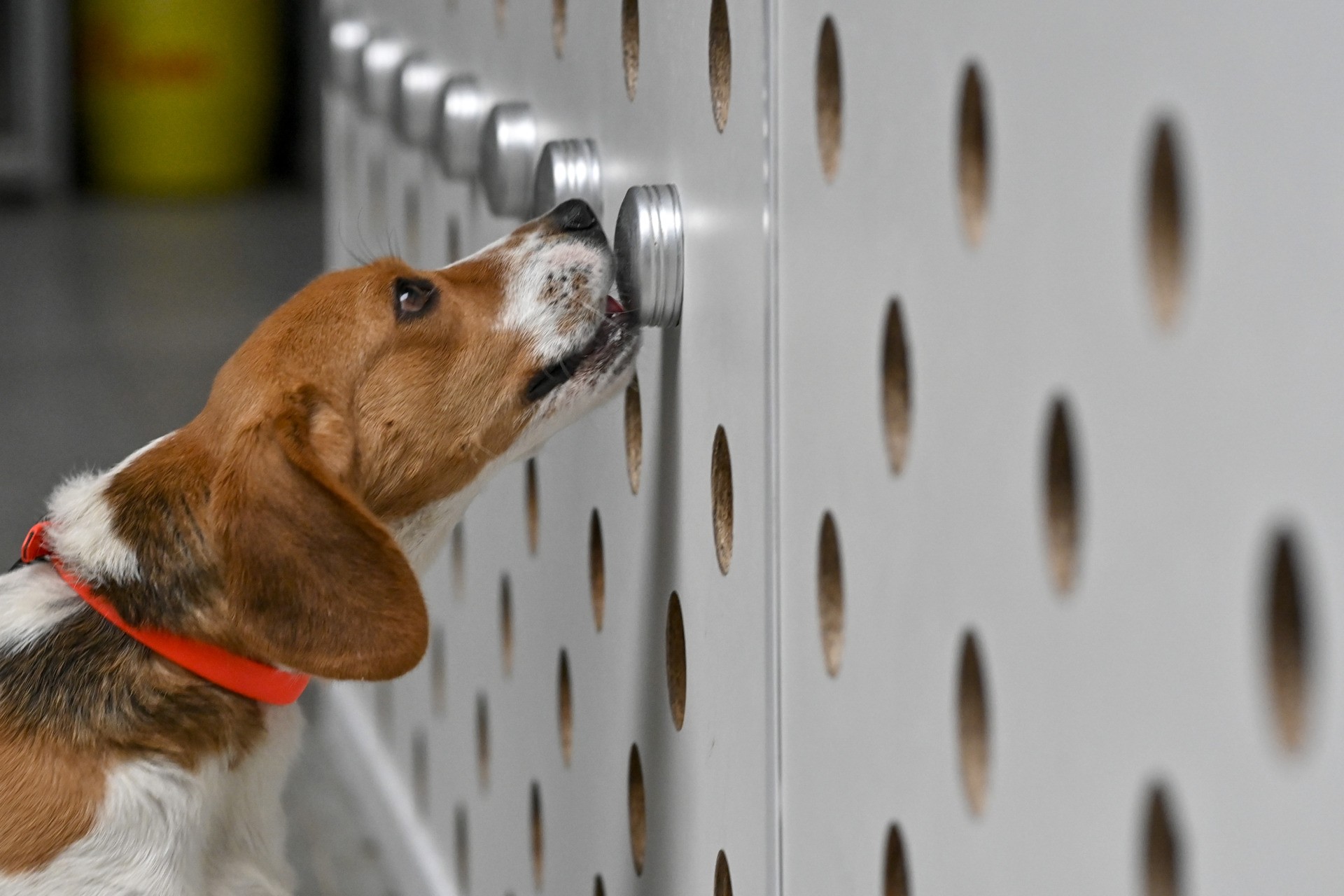