At least 600 homeless people, most of them migrants, were evacuated from the Place des Vosges in central Paris after forming a makeshift tent camp in a protest.

The hundreds of migrants began their tent camp protest on Thursday in the Place des Vosges, the oldest planned square in the French capital, to protest a lack of available affordable housing in the city.

The association Droit au Logement (Right to Housing) is one of the seven associations behind the protest and stated on Thursday that there are millions of vacant homes across France.

“France has 3.1 million vacant homes, almost a million more than ten years ago,” spokesman Jean-Baptiste Eyraud said, adding: “We have never counted so many and we have a requisition law that allows the State to requisition and install homeless people or people who are very poorly housed in vacant housing.” 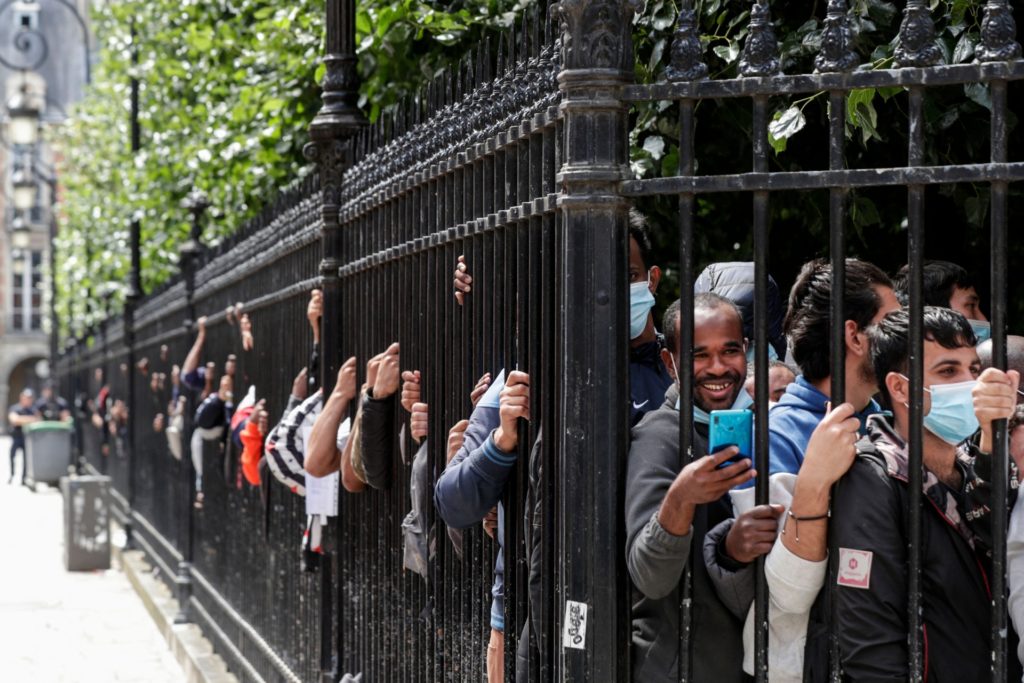 Migrants and homeless people wait behind the fences of the Place des Vosges in Paris, on July 30, 2021, to be relocated after spending the night in tents installed the day before during an action organised by the Utopia association to ask for housing. (Photo: GEOFFROY VAN DER HASSELT/AFP via Getty Images)

Eyraud also stated that he and the homeless people would not leave the Place des Vosges until their demands were met, but they were evicted by French police on Friday, Euronews reports.

Léa Filoche, deputy mayor of Paris, stated that the people taking part in the makeshift camp protest would be housed in two gymnasiums and an exhibition hall temporarily as an NGO was expected to carry out an investigation into the situation of the homeless. 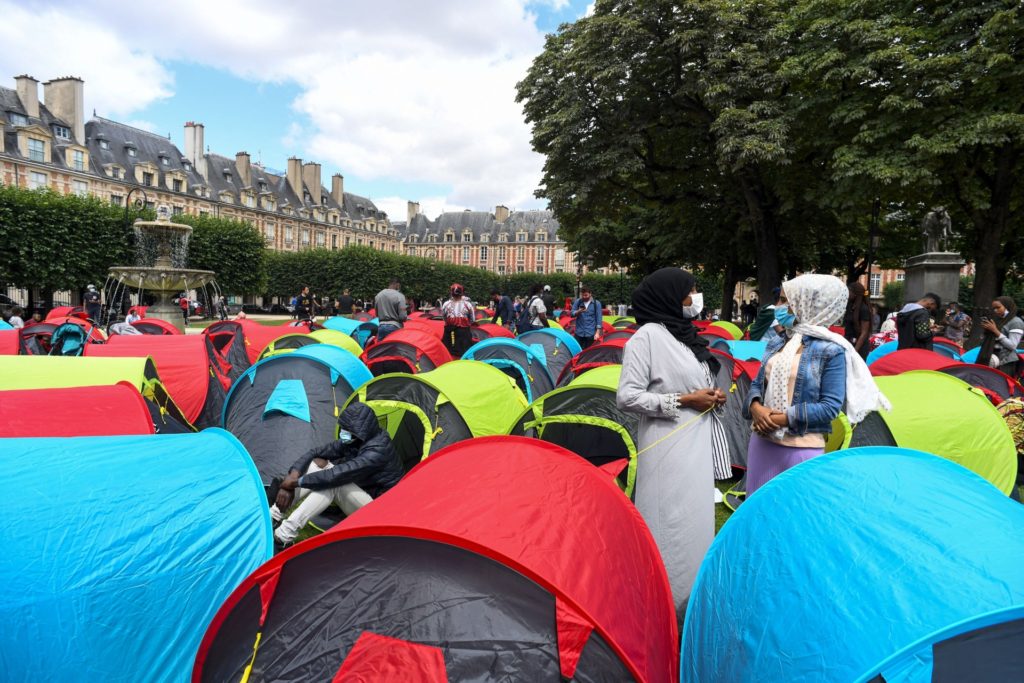 Protestors set up tents during a demonstration called by the Utopia association to ask for housing for migrants and homeless people, on the Place des Vosges in Paris, on July 29, 2021. (Photo: ALAIN JOCARD/AFP via Getty Images)

The NGO Utopia 56 has claimed that as many as 200 of the people who took part in the protest were not housed at all and were put back on the streets of Paris.

Nikolaï Posner, a spokesman for Utopia 56, has claimed that there at least 2,000 homeless people in Paris and stated: “There are no policies for new migrants arriving in Île-de-France, so as soon as you arrive in Paris, you have to spend a few weeks to a few months on the streets.”

WATCH: ‘France Does Not Belong to the French!’ – Hundreds of Illegal Migrants Occupy French Airport https://t.co/Q1Rr1SMT7o