Australia’s next submarine fleet will be nuclear-powered under an audacious plan revealed Wednesday that will see Canberra end a $90 billion program to build 12 French-designed boats.

The move to dump the existing agreement with France, which has already seen vast cost overruns, is part of a new three-way defense pact Australia is forging with the U.S. and the UK.

According to a report by the Australian Broadcasting Corporation (ABC), Australia wants to harness American and British technology to configure its next submarine fleet for boats more suitable to the deteriorating strategic environment in the Indo-Pacific region.

The report goes on to state Australia, the United States and Britain are expected to jointly announce a new trilateral security partnership on Thursday, with a focus on aligning technology and regional challenges.

The new three-nation security pact – called AUKUS – will be seen by China as a bid to counter its regional influence, especially in the contested South China Sea, according to the ABC.

It is an area that has already seen Australia strike a new defense partnership with Japan.

The nuclear submarines would likely be based in Western Australia giving easier access to the broad exapnses of the Indian Ocean.

The ABC understands Prime Minister Scott Morrison convened a National Security Committee of Cabinet on Tuesday ahead of coordinated announcements in Washington and London to follow. 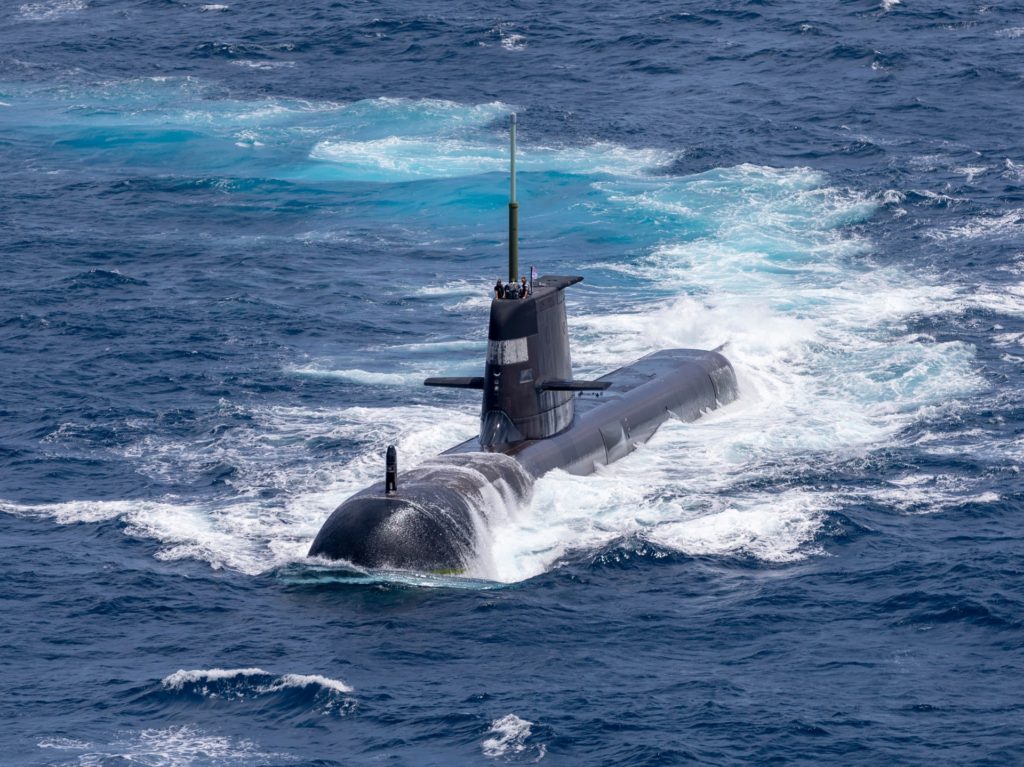 Australian submarine HMAS Rankin sails on the surface in the waters north of Darwin during AUSINDEX 21. (Image via ADF/POIS Yuri Ramsey)

“The trio, which will be known by the acronym AUUKUS, will make it easier for the nations to share information and know-how in key technological areas like artificial intelligence, cyber, underwater systems and long-range strike capabilities,’’ the report states.

There would be a “nuclear element to the pact in which the US and UK share their knowledge of how to maintain nuclear-defense infrastructure.”