A comprehensive UK report into transgender participation in sport determined Thursday trans men who identify as women retain distinct physiological advantages when competing in female categories, even if they suppress testosterone levels.

Such is the competitive advantage the report urges consideration be given to adopting “universal” or “open” categories in order to protect female-only competition, while allowing transgender participation after concluding men who identify as women do retain physique, stamina and strength advantages.

The report follows the Tokyo 2020 Olympics this summer where transgender athlete Laurel Hubbard made history by competing in the women’s +87kg weightlifting.

Hubbard became the first openly transgender athlete to compete at a Games in a different gender category to the one in which they were born. 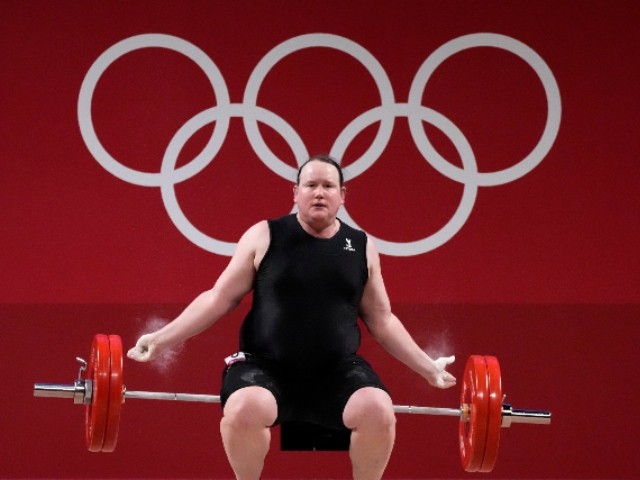 Hubbard ultimately failed to record a single successful lift in the women’s +87kg weightlifting, crashing out of the competition in the process.

According to the Daily Telegraph, the study from UK Sport, Sport England, Sport Wales, Sport Scotland and Sport Northern Ireland states testosterone suppression does little to dilute the physical advantages of trans women in female sport.

As a result, say the sports councils, it is not possible to guarantee safety and competitive fairness in some activities. The report outlines:

Long-term evidence indicates that males have numerous physical advantages in sport compared with females, and this is recognised in law….

Current research indicates that testosterone suppression does not negate this physical advantage over females and so cannot guarantee competitive fairness and/or safety.

The long-awaited document is based on interviews with 300 people and 175 organisations and took 18 months to compile.

It attempts to bring clarity to a vexed area for competitors and administrators alike.

The guidance covers community activities up to national level, and does not apply to international, professional or elite level competition.

It noted different criteria may be applicable depending on the sport, and the focus could vary between inclusion, competitive fairness and safety.

Four states are in the process of advancing laws that would ban transgender student-athletes from competing in the categories they “identify” with, according to reports. https://t.co/wYgOPuBqwb

Cardona spoke with ESPN about the issue, which has caused 33 states as of April 2021 to craft legislation to protect women from unfair competition based on the federal statute Title IX, which prohibits discrimination against women based on their biological sex.