Bill Gates-backed media darling Penny Mordaunt MP has once again drawn criticism for muddled positions on transgenderism and even faced accusations of not telling the truth over her stance on people being able to self-identify their gender in Friday evening’s Conservative leadership debate.

Junior trade minister and former defence secretary Penny Mordaunt, the current frontrunner in the contest to succeed Boris Johnson as the leader of the Conservative Party and therefore Prime Minister, once again tried to make a distinction between biological women and “legal women” in the five candidate debate on Friday.

Pressed by Channel 4’s left-liberal moderator, Krishnan Guru-Murthy, to explain her position on trans issues, Mordaunt said derisively that she “can’t imagine why people are not comprehending what I say,” despite her previously stating that “trans women are women and trans men are men”.

“I’m a woman, I am a biological woman, if I had a mastectomy, I would still be a woman, every cell in my body, I’m also legally a woman and some people, who are born male, go through a process and are issued at the end of that process with legal document in their new gender but that does not mean they are identical to me.”

Mordaunt went on to claim that as equalities minister, she was never in favour of people being allowed to self-identify as any gender they prefer without the need of a doctor to certify a condition of gender dysphoria or other similar conditions.

Mordaunt protested that her position should be on government record, yet, to date she has not provided such evidence to the public. Foreign Secretary Lizz Truss — with calls from Badenoch to “tell the truth” in the background — admitted that there was such a plan in place from Mordaunt’s department when she came into power as Minister for Women and Equalities, backing up Badenoch’s account.

Mordaunt’s performance on the trans issue perhaps contributed to her less than stellar polling on who won the debate, with a snap survey from Opinium finding that just 12 per cent thought she had done the best on Friday evening, a third place finish that contrasts heavily with early polls suggesting that despite her relative lack of public exposure she was the top choice of the party membership.

In any case, her current claim that biological women and “legal women” are not necessarily the same thing says nothing about whether or not she would continue to allow biological males to participate in women’s sports, transfer to women’s prisons, stay on women’s hospital wards, and so on — all of which have an impact on women’s safety.

"I'm a woman, I'm a biological woman, if I had a mastectomy I'd still be a woman."

It is not the first time that Mordaunt has been accused of misrepresenting her record on issues of gender during the Conservative leadership campaign. The MP for Portsmouth North has also claimed that she had not advocated for the use of the term “pregnant people” but rather had argued in favour of reinstating terms such as “mother” in healthcare legislation.

However, Tim Shipman of the Sunday Times wrote last week: “Multiple sources tell me Liz Truss, Nadine Dorries and Chloe Smith all fought to get the word ‘mother’ reinserted into the bill against fierce resistance from Mordaunt, who advocated ‘pregnant person’. As one Tory put it, ‘She thinks some women have penises’.” 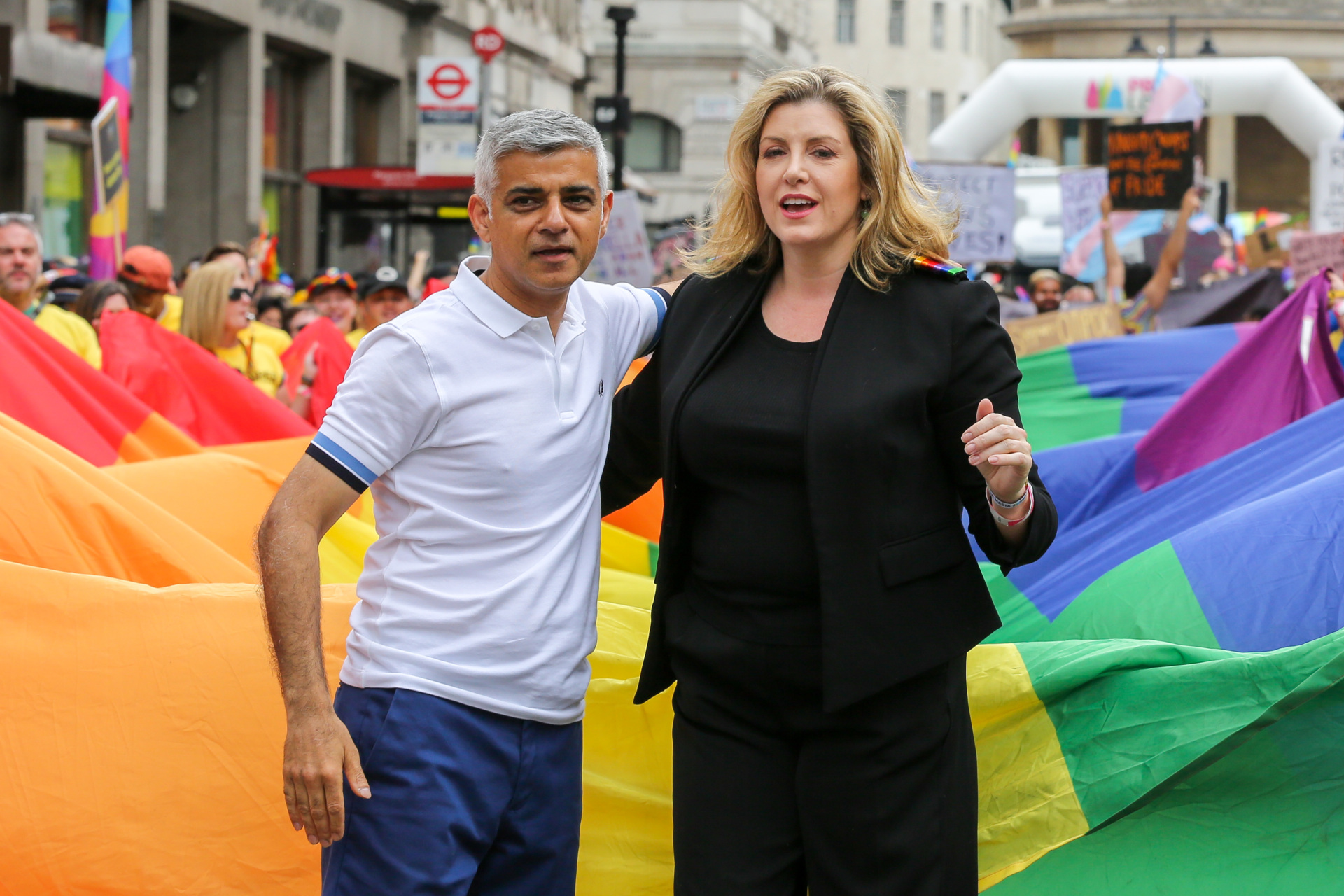 LONDON, UK, UNITED KINGDOM – 2019/07/06: Mayor of London, Sadiq Khan (L) and Penny Mordaunt Minister for Women and Equalities (R) are seen during the parade. The biggest ever, Pride In London parade in central London. An estimated over 1 million people lined along the route in support of the LGBT (Lesbian, Gay, Bisexual and Transgender / Transsexual) community. (Photo by Dinendra Haria/SOPA Images/LightRocket via Getty Images)

The junior trade minister has also been accused of shifting her positions on gender issues by the chief executive of Pink News — the United Kingdom’s leading LGBTQ+ news website — Benjamin Cohen, who told the Daily Mail: “It’s incumbent on Penny Mordaunt to be clear what her views on gender recognition reform were previously and what they are now.

“At the minute I am struggling to reconcile the views of the person I have known for a decade and who has collaborated with Pink News for the last five years with the views she has expressed in recent days. As someone who first met Penny a decade ago, it’s the first time I’ve heard that she didn’t agree with self-identification.”

Some have posited that her positions on LGBT issues are influenced by her twin brother, James, a left-wing gay activist, whom she has marched alongside at Pride events.

The supposed frontrunner in the contest to replace Boris Johnson has also come under fire for her 2019 book Greater: Britain After the Storm, penned alongside anti-Brexit multi-millionaire PR spinmaster Chris Lewis, who has since gone on to become the manager of her campaign.

The book, which featured a fawning forward from ‘Master of the Universe’ and Microsoft founder Bill Gates and was described by globalist former prime minister Tony Blair as a “really important book”, is full of bland niceties about British pride mixed with left-wing talking points and calls for the “modernisation” of Britain.

The director of the Free Speech Union, Toby Young, remarked that the book is a “great pitch for the leadership… of the Labour Party.”

While praising the likes of the Marxist Black Lives Matter movement for drawing “attention to inequality and injustice” in the modern-day United Kingdom, Mordaunt takes aim at classic British television shows and films, such as the sitcom It Ain’t Half Hot, Mum, for containing a “full-house bingo card of what is now known as casual racism, homophobia, white privilege, colonialism, transphobia, bullying, misogyny and sexual harassment.” 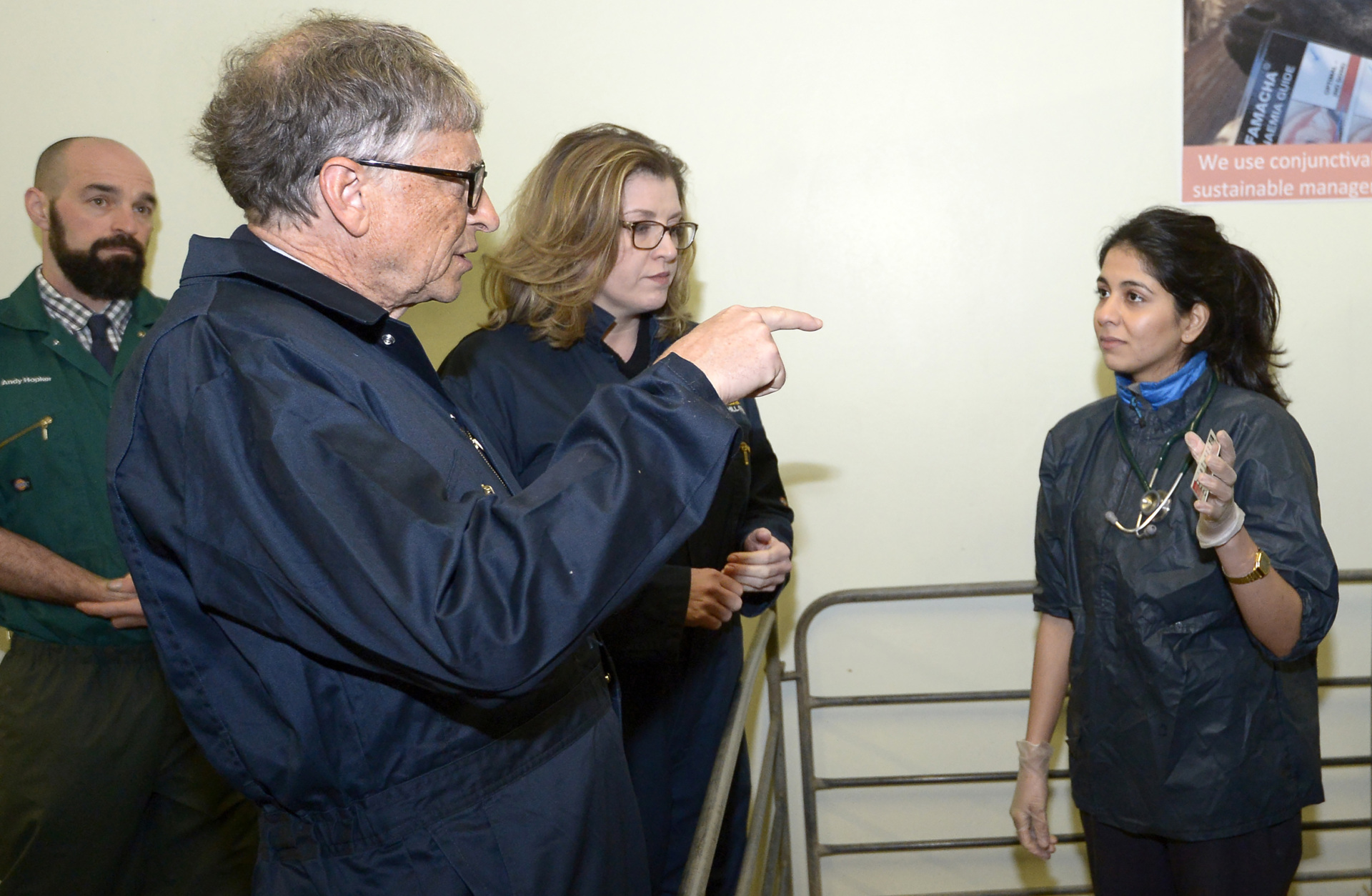 The globalist screed also praised the woke investment firm BlackRock for divesting “from firms that have fewer than two women on their boards,” and repeatedly mentioned the widely debunked myth of a gender pay gap. She went on to chastise the current leadership of the British government as being from a “narrow background.”

Straight out of the Labour Party’s playbook, Mordaunt maligned the leadership as being stuck in the “last century,” dominated by “male, patient, predictable, factual, planned, heterosexual, white, Christian, Western-orientated” figures.

Perhaps most concerningly, Penny Mordaunt firmly came out in favour of internet censorship, including the banning of former President Donald Trump from social media, although she argued that censorship mechanisms should be given to the government rather than individual corporations.

“So far, the private sector has moved faster than democratic institutions to censor the most violent noises coming from the looneyverse. The social media companies began that finally when placed under pressure to remove Donald Trump from their platforms.

“If there is to be censorship, then it should be by elected and accountable representatives working in the public interest, not corporations facilitating ever more extreme content for profit. Social media companies have the power to facilitate bullying, hatred and violence, so shouldn’t they be accountable in law for doing so? Protecting against online harms is difficult, but it’s no reason not to try,” she wrote.

Just flicking through Penny Mordaunt's book. Glowing foreword by Bill Gates, full of praise for China, relentless promotion of the LGBTQ+ agenda, wants to ditch the MBE and OBE, thinks more 'hate speech' should be censored… Great pitch for the leadership… of the Labour Party.