U.S. Air Force B-52 Stratofortress bombers will lead fighter jets from Belgium, Germany, and 12 other countries across Europe’s skies on annual nuclear exercises Monday, amid reports Russia has increased the number of strategic bombers close to its border with NATO-member state Norway.

The annual NATO training is going ahead despite rising fears President Vladimir Putin might consider a real nuclear strike in Ukraine.

Up to 60 aircraft are taking part in training flights alongside the American long-range, subsonic, jet-powered strategic bombers over Belgium, the North Sea and Britain to practise the use of U.S. nuclear bombs based in Europe, Reuters reports.

The jets will be escorted by other warplanes along with refuelling aircraft and spy planes.

“Steadfast Noon” is likely to coincide with Moscow’s own annual nuclear drills, dubbed “Grom”, which are normally conducted in late October and in which Russia tests its nuclear-capable bombers, submarines and missiles.

NATO said the Western drills were not prompted by the latest tensions with Russia but simply a continuation of training schedules. 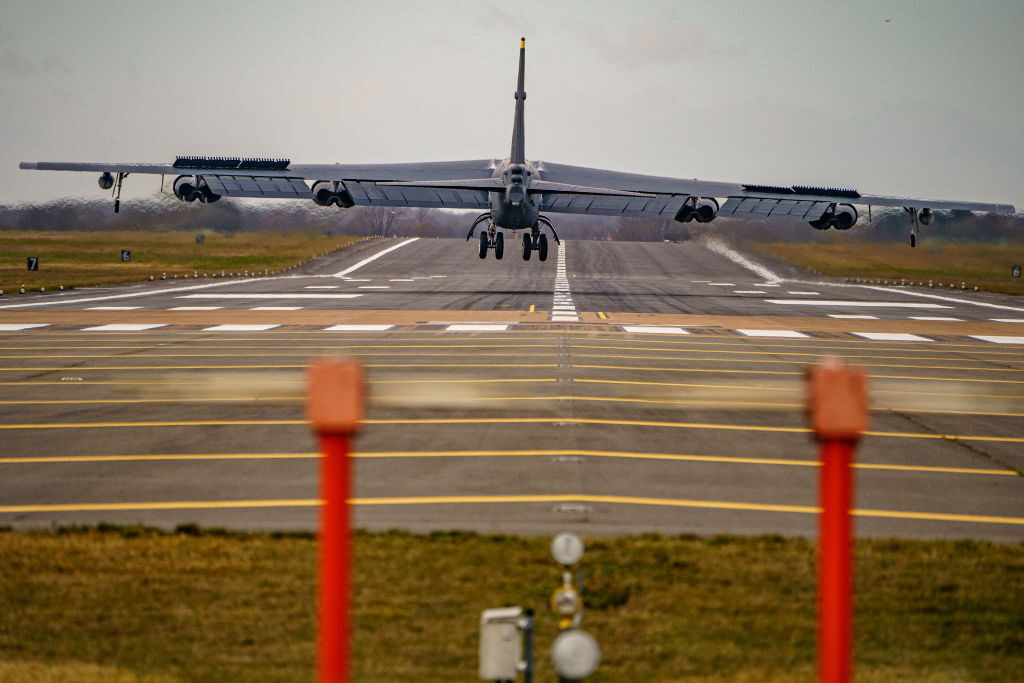 File/United States Air Force (USAF) B-52 bomber lands at RAF Fairford, as tensions remain high over the build-up of Russian forces near the border with Ukraine. (Ben Birchall/PA Images via Getty Images)

“The exercise, which runs until 30 October, is a routine, recurring training activity and it is not linked to any current world events,” the alliance declared on its webpage, adding no live weapons would be used.

The training will run from Monday until 30 October as Norwegian publication Faktisk reported recent satellite imagery showed 11 Tupolev aircraft at the Russian airbase Olenya on the Kola peninsula, about 60 miles south of the city of Murmansk, Newsweek reports.

The U.S. Air Force announced Monday it has successfully tested a hypersonic missile against a backdrop of China, Russia, and North Korea racing to develop the same advanced military technology. https://t.co/RDo8kVuiFT

The Tu-160 bombers, which can carry cruise missiles and strategic nuclear weapons, have been active in Putin’s invasion, during which his Air Force has been unable to gain the upper hand.

As of 2022, the Tu-160 was the largest and heaviest combat aircraft and the fastest bomber in use. The Tupolev Tu-85s are a four-engine turboprop-powered strategic bomber and missile platform.

Only three of NATO’s 30 allies have nuclear weapons – the U.S., the UK and France. 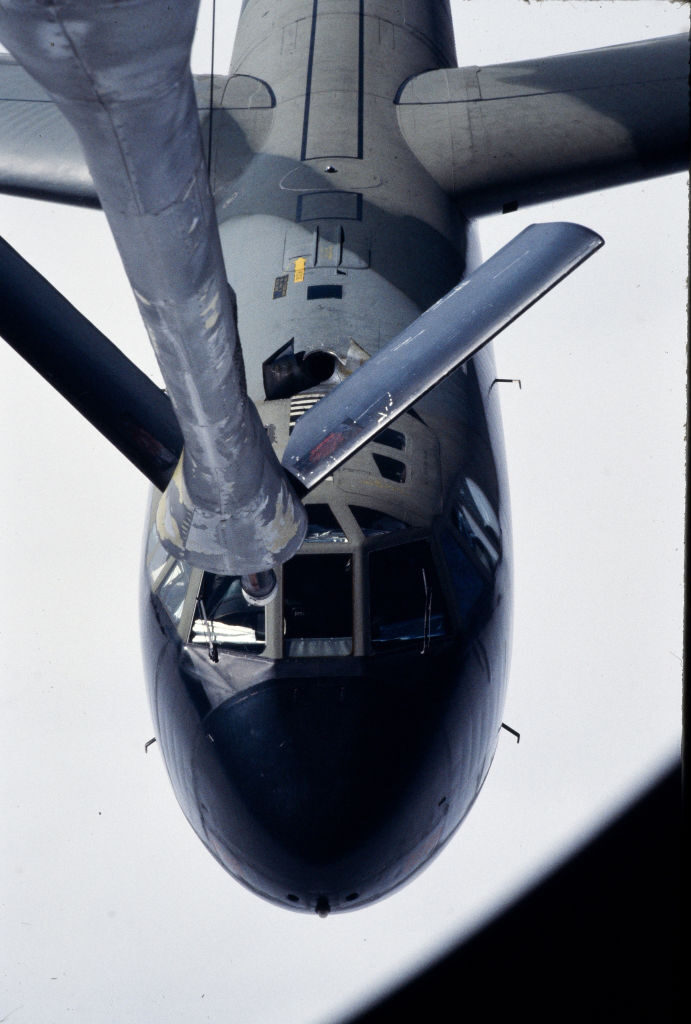 File/ During a nuclear exercise a B-52 bomber that carries nuclear warheads rendezvous with a Boeing KC 135 Stratotanker June 20, 1980 flying over Colorado ( Paul Harris/Getty Images)

But France plays no direct role in NATO’s nuclear deterrence and is not part of the alliance’s nuclear planning group, which oversees all allied nuclear matters.

Belgium is hosting the drills that will involve the most advanced fighter jets on the market and U.S. B-52 long-range bombers that will fly in from Minot Air Base in North Dakota, the statement said.

On Tuesday, NATO chief Jens Stoltenberg made clear the alliance would proceed with its drills despite the tense international situation.