Presenters on a state-run Qatari sports network amused themselves at Germany’s disappointing early exit from the World Cup by covering their mouths and waving goodbye, apparently mocking a pro-LGBT protest carried out by the German team last month.

Following the sensational defeat of Spain by Japan, the typically strong-performing Germany was eliminated from contention after just the first round of the World Cup. The downfall of Germany was met with exuberance from the Qatari broadcasting team on the state-run Alkass Sports Channel.

“Analysts respond in their own way to the German national team after it bid farewell to the World Cup in Qatar from the first round,” a post from the Qatari network read.

In the clip, the presenters could be seen waving goodbye while holding their other hands over their mouths. The gesture was apparently a mocking reference to the German national team posing with their hands over their mouths last month in a protest against FIFA’s decision to block them from wearing pro-LGBT rainbow armbands in the Islamist kingdom.

The German football association (DFB) had initially threatened to sue FIFA over the decision, citing loss of domestic sponsorship, with the supermarket chain REWE cutting ties with the DFB over the issue. However, no such lawsuit has been put forward as of yet. 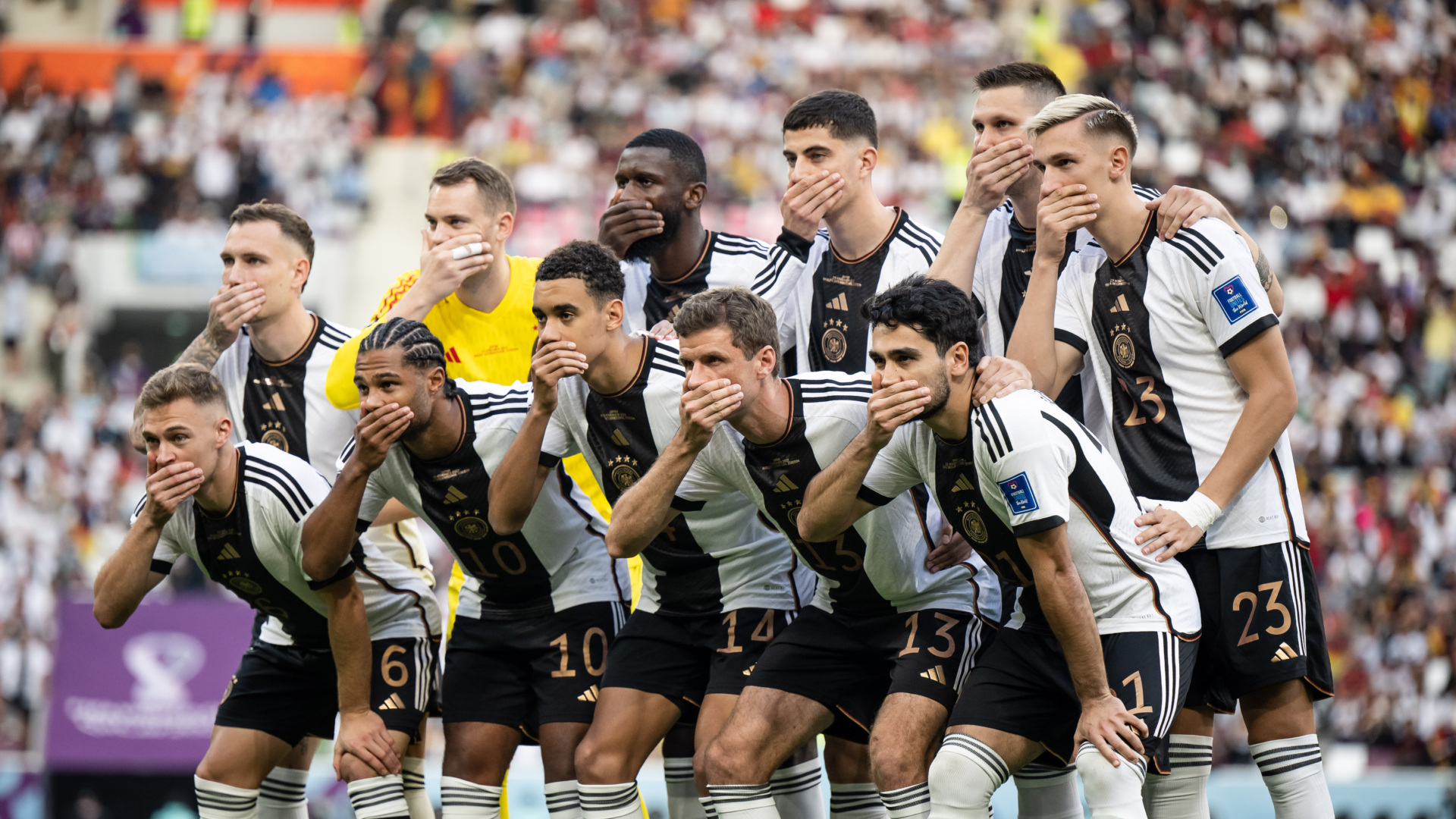 The German national team was not alone in condemning the Sharia state over its LGBT rights issues, with the German government’s far-left Interior Minister Nancy Faeser baulking at Qataris by wearing the prohibited band to a match last month. The cabinet member, who has been linked to the far-left Antifa movement, reportedly hid the rainbow band under her blazer when entering the stadium.

Defending her breach of the hosting country’s rules, Faeser said that “such symbols should be openly shown.”

Despite public performances of outrage against the Qatari government’s stance on LGBT issues, this has not stopped the Social Democrat-led government of Chancellor Olaf Scholz from signing a deal with the Arab nation to supply up to two million tonnes of natural gas to Germany per year as the European economic powerhouse continues to struggle with the loss of Russian gas, upon which it has been dependent for decades.

What Principles? LGBT-Germany Agrees to Buy Gas From Islamic Qatarhttps://t.co/iwhPdtqBAO