“Whenever religious liberty collides with public health, the government is obliged to put the least restrictive measures on religion,” Dr. Donohue stated, which has not been respected in several recent cases.

One of the most egregious examples is that of Louisville Mayor Greg Fischer, Donohue notes, who issued a ban last week prohibiting drive-in church Easter services, after which the On Fire Christian Church sued both the mayor and the city.

For his part, Kentucky Governor Andy Beshear announced that authorities would record the license plates of people attending religious services and force them all into 14 days of quarantine.

On April 11, U.S. District Judge Justin Walker ruled for the church, issuing a temporary restraining order prohibiting the city from “enforcing; attempting to enforce; threatening to enforce; or otherwise requiring compliance with any prohibition on drive-in church services at On Fire.”

“On Holy Thursday, an American mayor criminalized the communal celebration of Easter,” Walker wrote in his 20-page decision. “That sentence is one that this Court never expected to see outside the pages of a dystopian novel, or perhaps the pages of The Onion.”

“The Mayor’s decision is stunning. And it is, ‘beyond all reason,’ unconstitutional,” Walker wrote. 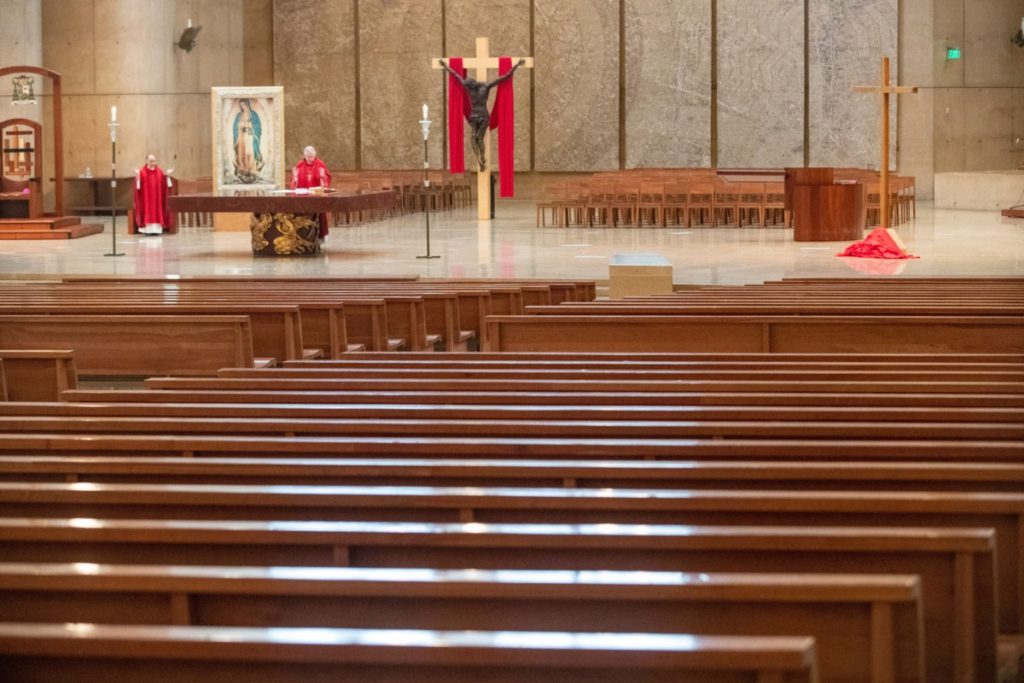 Archbishop Jose Gomez (R) and Father Brian Nunez (L) celebrate Good Friday liturgy in a nearly empty Cathedral of Our Lady of the Angels to guard against the coronavirus on April 10, 2020 in Los Angeles. -Service was held on video without parishioners. (BRIAN VAN DER BRUG/POOL/AFP via Getty Images)

In his statement Monday, Dr. Donohue praised the judge, insisting that the mayor’s reasoning had been “deeply flawed.”
“The Louisville mayor’s directive is a classic case of government overreach: his ban was clearly not ‘the least restrictive measure,’” Donohue said.

Donohue noted that the clergy from many religions have spontaneously observed social distancing measures and most have discontinuing services in church. The drive-in services in church parking lots, on the other hand, were a “creative” solution that deserved praise rather than a prohibition, Donohue added.

Christians in Louisville reacted strongly to the mayor’s ban, especially since drive-through restaurants and liquor stores were allowed to continue their business.

In his ruling, Judge Walker underscored this disparity. “When Louisville prohibits religious activity while permitting non-religious activities,” he said, “its choice ‘must undergo the most rigorous of scrutiny.’” 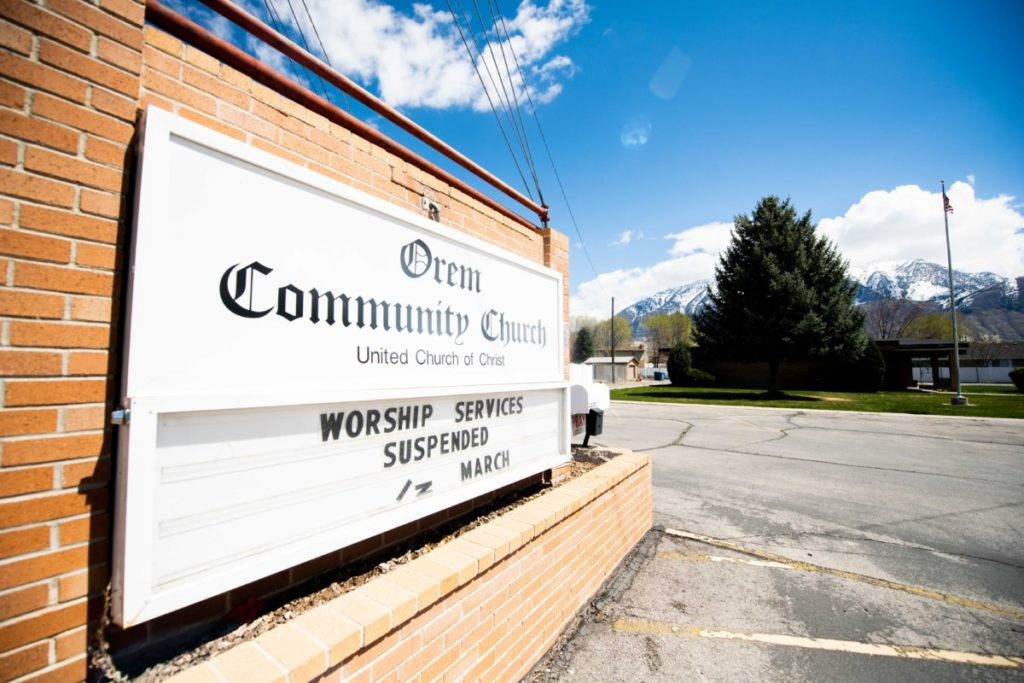