ROME — Pope Francis told young people Monday it is impossible to know Jesus Christ in isolation from the Church.

“How many times have we heard it said ‘Jesus yes, the Church no!’ as if one could be an alternative to the other,” the pope said in his message for the upcoming World Youth Day. “One cannot know Jesus if one does not know the Church.”

“One cannot know Jesus apart from the brothers and sisters in his community,” the pontiff continued. “We cannot call ourselves fully Christian unless we experience faith’s ecclesial dimension.”

In his message, the pope drew inspiration from the biblical book of the Acts of the Apostles, and in particular from Saul’s encounter with Jesus on the road to Damascus. 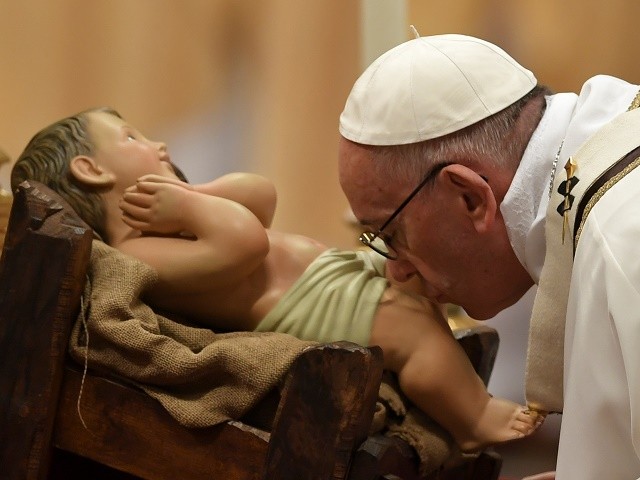 Pope Francis kisses a figurine of baby Jesus as he celebrates a mass on Christmas eve marking the birth of Jesus Christ on December 24, 2016 at St Peter’s basilica in the Vatican. (ANDREAS SOLARO/AFP/Getty Images)

Saul had been aggressively hounding the young Christian community but when Jesus greets him, he asks: “Saul, Saul, why do you persecute me?” When asked who he is, Jesus replies: “I am Jesus, whom you are persecuting.”

This is because Jesus identifies so closely with his body, the Church, the pope suggested, so he takes the treatment of his followers as directed to himself. And although Saul — the future Saint Paul — had never met Jesus before, he had, in a sense, because he had met Christians, Francis proposed.

“Jesus reveals to Saul a great mystery: that he sees himself as one with the Church, with Christians. Up to that point, Saul had seen nothing of Christ, but only the faithful whom he had cast into prison,” he said.

“In some way, without knowing it, Saul had already encountered Christ,” he stated. “He had encountered him in Christians!”

Francis went on to assert that only a personal and “non-anonymous” encounter with Christ changes lives. 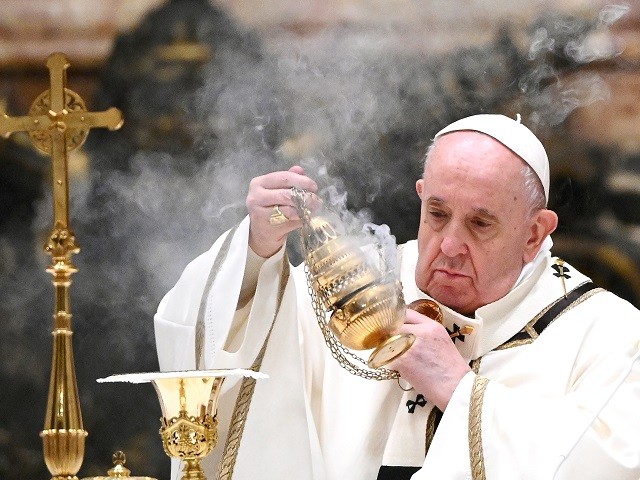 Pope Francis holds a thurible as he leads a Christmas Eve mass to mark the nativity of Jesus Christ on December 24, 2020, at St Peter’s basilica in the Vatican, amidst the Covid-19 pandemic, caused by the novel coronavirus. (VINCENZO PINTO/POOL/AFP via Getty Images)

“Even though Saul is a persecutor, even though his heart is full of hatred for Christians, Jesus realizes that this is due to ignorance,” he said. “He wants to show in him his mercy. This grace, this unmerited and unconditional love, will be the light that radically transforms Saul’s life.”

Prayer means “talking directly with Jesus, even though our heart may still be confused and our mind full of doubts or even contempt for Christ and Christians,” the pope said. “I pray that every young person, in the depths of his or her heart, will eventually ask the question: ‘Who are you, Lord?’”