The U.S. Catholic bishops expressed their dismay over the 100th act of anti-Catholic vandalism since they began tracking the phenomenon last May.

“October 10 marked the 100th incident,” the bishops noted Thursday on their website, with “satanic and other hateful graffiti scrawled on the walls before Sunday Mass at the Cathedral Basilica of the Immaculate Conception in Denver, Colorado.”

“These incidents of vandalism have ranged from the tragic to the obscene, from the transparent to the inexplicable,” declared New York Cardinal Timothy Dolan, chair of the Bishops’ Committee for Religious Liberty, and Oklahoma City Archbishop Paul Coakley, chair of the Committee on Domestic Justice and Human Development, in a joint statement.

“There remains much we do not know about this phenomenon, but at a minimum, they underscore that our society is in sore need of God’s grace,” the bishops wrote.

While some of the vandalism is perhaps understandable, the bishops note, it must come to an end. 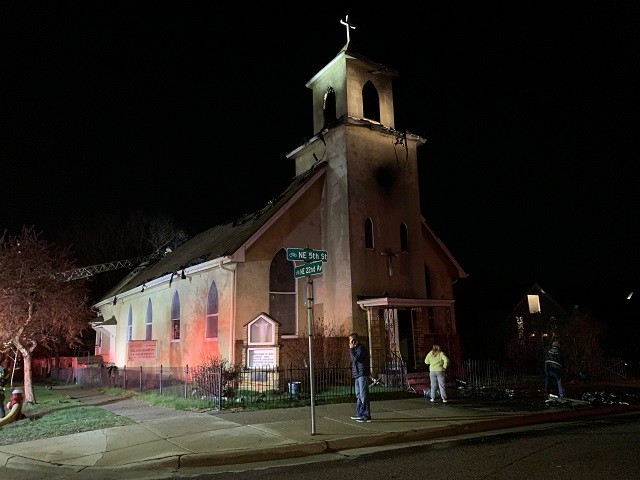 “In all cases, we must reach out to the perpetrators with prayer and forgiveness,” they said. “True, where the motive was retribution for some past fault of ours, we must reconcile; where misunderstanding of our teachings has caused anger toward us, we must offer clarity; but this destruction must stop.”

“This is not the way,” they added, while also urging civil leaders to intervene.

“We call on our elected officials to step forward and condemn these attacks,” they said. “We thank our law enforcement for investigating these incidents and taking appropriate steps to prevent further harm.”

“These are not mere property crimes,” they declared. This is “the degradation of visible representations of our Catholic faith. These are acts of hate.”

The Bishops’ Committee for Religious Liberty and Committee for Domestic Justice and Human Development are advocating for increased funding for the U.S. Department of Homeland Security’s Nonprofit Security Grant Program.