ROME — The South Korean unification ministry said Monday a visit by Pope Francis to North Korea would “greatly contribute” to securing peace on the Korean Peninsula.

“We believe the pope’s North Korea visit, if materialized, will greatly contribute to building peace on the Korean Peninsula, and thus we have maintained a position to provide support to realize the visit if related discussions make progress,” said ministry spokesperson Lee Jong-joo.

“We will continue the efforts accordingly,” Lee said, according to a report Monday by the South Korea’s Yonhap News Agency.

The comments from the ministry came in the run-up to a meeting between South Korean President Moon Jae-in and Pope Francis in the Vatican this coming Friday.

President Moon is slated to meet with the pope prior to the Group of 20 Leaders’ Summit. He will then travel to Glasgow to participate in the COP26 U.N. climate change conference. 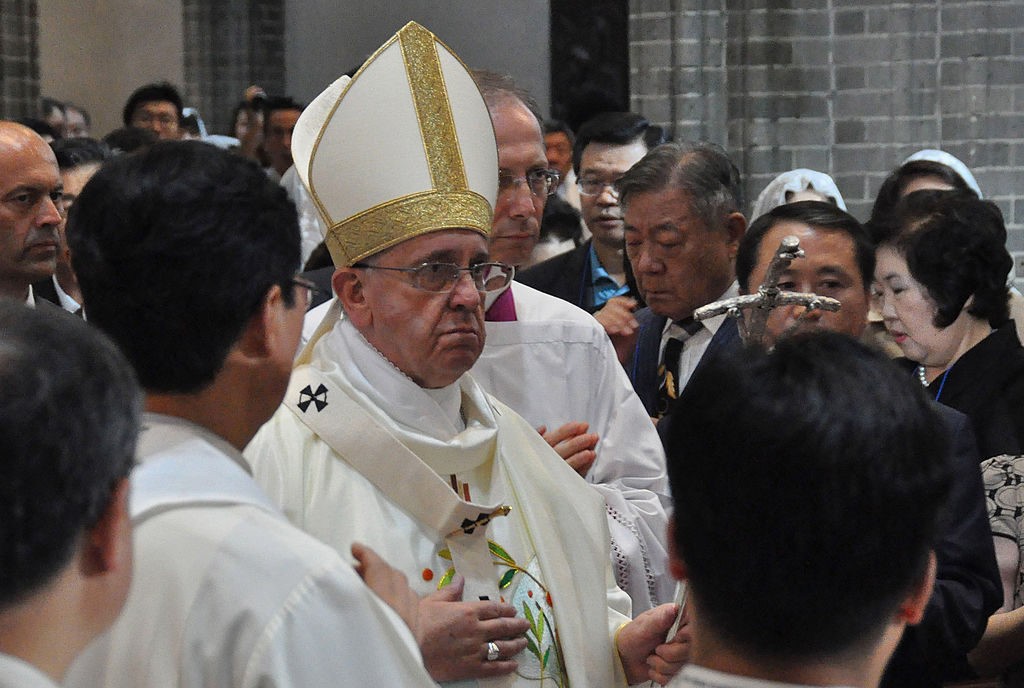 Asked whether Moon will again request a visit to communist North Korea during Friday’s meeting, Lee did not answer directly, noting only that the two leaders are expected to exchange views on a wide range of issues surrounding the Korean Peninsula.

Moon himself said Monday he will continue striving to promote peace with North Korea through dialogue until his term as president ends next May.

Pyongyang has shown little desire for dialogue of late, resuming a series of tests of newly developed weapons, while denouncing both Washington and Seoul for supposed hostility toward the North.

In his final policy speech at parliament Monday, Moon said he will “make efforts to the end to help a new order for peace and prosperity on the Korean Peninsula be established through dialogue and diplomacy.”