ROME — Pope Francis visited a French military cemetery in Rome Tuesday, declaring the tombs of the fallen in battle cry out “Peace!”

In his homily for All Souls’ Day, the pope commented on a grave he had seen whose headstone read: “Unknown. Died for France. 1944.”

“Not even the name,” he said. “Each of our names is in the heart of God but this is the tragedy of war.”

“These people — good people — died in war, they died because they were called to defend their homeland, to defend values, to defend ideals and, many other times, to defend sad and lamentable political situations,” he said.

“And they are the victims, the victims of war, which eats the children of the homeland,” he added. 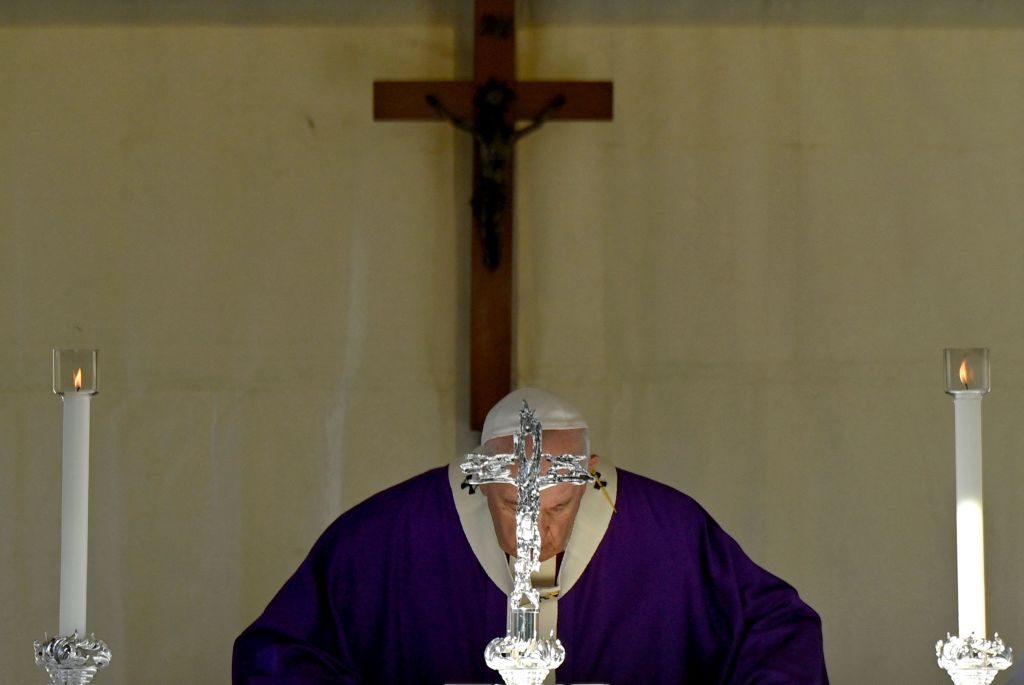 Pope Francis leads a mass at the French military cemetery to remember victims of war and violence to mark the All Souls’ Day in Rome, on November 2, 2021. (ALBERTO PIZZOLI/AFP via Getty Images)

“I am sure that all these who have gone in good will, called from their homeland to defend it, are with the Lord,” he continued. “But we, who are on the way, do we fight sufficiently so that there are no wars? So that the economies of countries are not fortified by the arms industry?”

“Today the sermon should be looking at the tombs: ‘Dead for France’; some have names, a few others don’t. But these graves are a message of peace: ‘Stop, brothers and sisters, stop! Stop, arms manufacturers, stop!’” he said.

In his homily, the pope also invited his hearers to think of their own deaths so as to be prepared.

He commented on a plaque at the door of a small cemetery in the north that reads: “You who pass by, think of your steps, and of your steps think of the last step.”

“Life is a journey and we are all on the way,” Francis said. “All of us, if we want to do something in life, are on a journey. It is not a stroll or a maze, but a journey.”

In life we have many experiences, many difficult situations, and we also pass in front of many cemeteries, he noted. “The advice of this cemetery is: ‘You who pass, stop a moment and think of your steps, and of your steps, the final step.’”

“We will all have one final step,” he said.