ROME — Russian Orthodox Bishop Hilarion Alfeyev said this week Christians must resist the liberal mindset according to which “the life of an unborn baby is worthless.”

Asked his opinion on President Joe Biden’s support for abortion, the bishop stated that a person “cannot call himself a Catholic and at the same time violate and call for violation of the fundamental norms of Christian morality.”

“When they talk about the Catholic Biden, I always want to ask the question: what, in fact, is Biden’s Catholicism?” the bishop said on Russian television. “The Catholic Church is against abortion, and Mr. Biden is for it.”

Bishop Hilarion, the chairman of the Department of External Church Relations, noted that Christian teaching resists the reigning liberal ideology regarding human life. 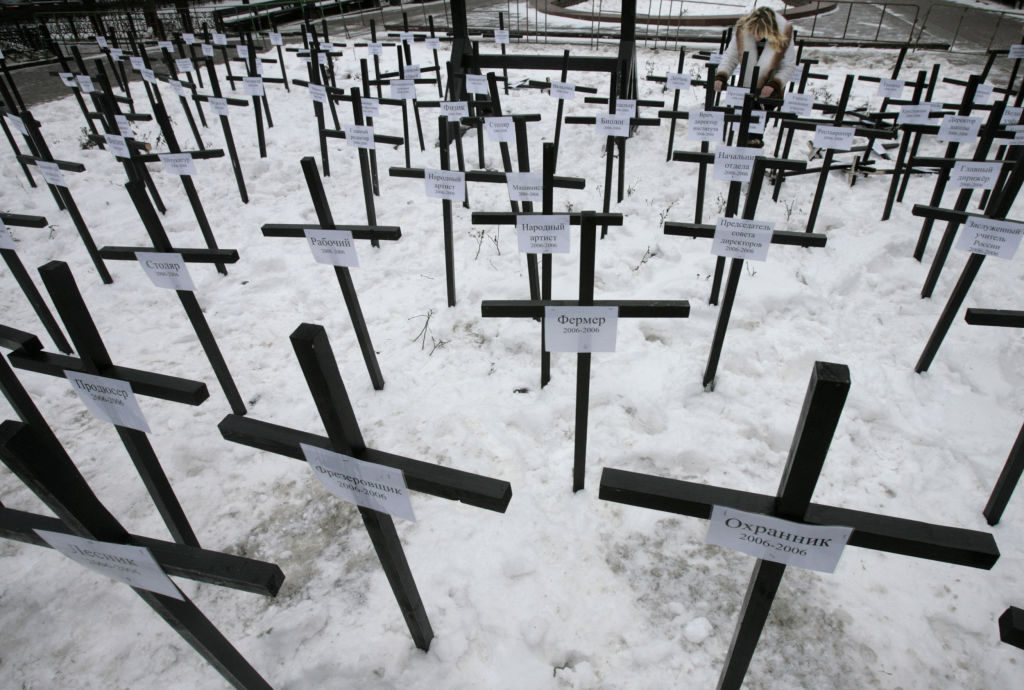 Black crosses at an anti-abortion protest in Moscow. On each cross is the name of a profession with birth and death dates. (NATALIA KOLESNIKOVA/AFP via Getty Images)

“The Roman Catholic Church, like the Orthodox Church, opposes abortion as such,” he said when asked about the Texas heartbeat law. “If in one of the American states there is still a law that somehow protects the rights of unborn babies, then the Catholic Church, like the Orthodox Church, only welcomes the preservation of this law.”

“But the American administration is now trying to fit all states to one standard, which is guided by liberal norms,” he continued. “According to liberal norms, the life of an unborn baby is worthless and does not need protection, the most important thing is to respect the rights of women.”

The United States is not unique in this liberal trend, he added, noting that the legislation in Western countries is all “moving in this direction.”

Abortion was once again the number-one cause of death globally in 2020, with nearly 43 million unborn babies killed in the womb. https://t.co/MzUXCUzFfK

“The Catholic Church in the West, including the United States, the Orthodox Church and many Protestants stand up to protect unborn babies, saying that abortion is murder, and everyone, including those who have not yet been born, has a fundamental right — the right to life,” Hilarion declared.

“This, unfortunately, is often forgotten by modern human rights activists,” he stated.

“They defend all sorts of rights, for example, the right of a homosexual couple to adopt a child, the right of parents to have sex reassignment surgery on their minor child — all these are considered human rights, and the fundamental human right to birth and life is rejected,” he concluded.