ROME — Italians have risen up en masse against Prime Minister Giuseppe Conte, calling for his resignation on social media after he reneged on promises to relax lockdown restrictions on May 4.

The prime minister announced Sunday that the hated “autocertificazione” papers would continue in force to justify movements outside one’s residence, reversing earlier statements that the humiliating written forms would no longer be necessary during “phase 2” of the national lockdown.

“It is clear that when the travel regime remains limited, self-certification is unlikely to be eliminated. It will remain as long as there are restrictions,” Conte said Sunday during a streamed press conference.

Even with the self-certification forms no one is permitted to leave their region, he added, if not for verified reasons of health or work.

On Monday morning, the hashtag #ConteDimettiti (Conte resign) was trending on Italian social media as infuriated citizens vented their anger at the prime minister, calling him a “liar” and a “dictator.”

“Now everything comes as a kind courtesy of Conte. But who are we to argue. Fundamental freedoms must be granted by the Sovereign,” wrote one.

“Did we really need a task force to establish that Phase 2 is practically the same as Phase 1?” wrote another.

“Incredible… they want us to die of starvation rather than COVID-19,” wrote another, “since passing from phase 1 to phase 2 nothing changes. They do whatever they want, with total impunity!”

Meanwhile, one of the many memes being passed around has Conte announcing: “In practice, you can leave home in order to return home.” 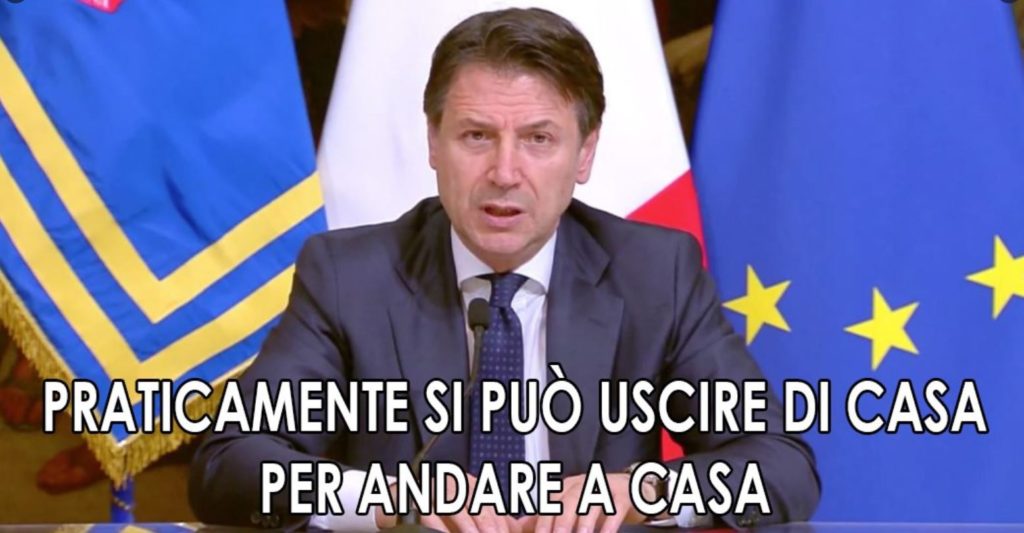