Rep. Duncan Hunter (R-CA) sent a letter Thursday to President Donald Trump urging him to use the U.S. military to build a road that will service a future wall on the U.S.-Mexico border, using funds that are already appropriated.

Hunter addressed the media from atop an outlook in Otay Mesa, California, with a panoramic view of the existing border fences — one on the American side, and one along running along the northern boundary of Tijuana, Mexico. 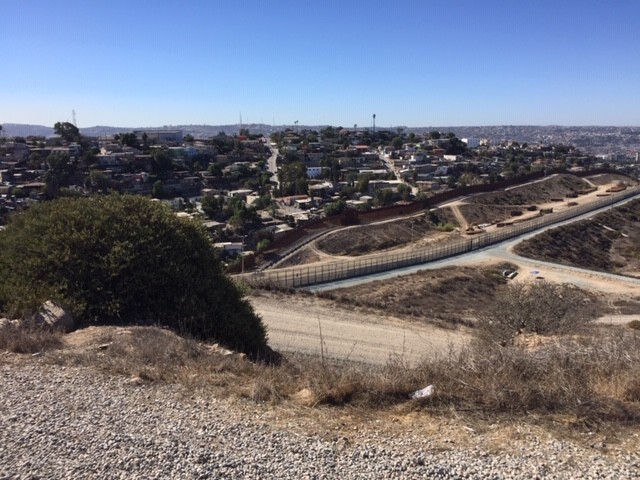 In the letter, Hunter offers “a solution that will provide for completing a large portion of the border wall project in the next three months with no additional funding from Congress.”

He explained the idea at his press conference. Given that Trump is sending troops to assist Border Patrol in dealing with the “caravan” of migrants from Central America, Hunter told reporters, the military should use the opportunity to build what he called a “foundational road.”

“What I want to see them do, and what the president should direct them to do, is build those roads on the border right now,” he told reporters. “That’s the most important thing that the president can do, because building the high-speed road is more than half the cost of the border wall.

“We can save taxpayers tens of billions of dollars in equipment and man-hours if you have the military start building the road on the border right now,” he argued.

The road would help the military patrol the wall, as well as assist in maintaining it and any electronic systems.

Hunter also suggested that the military assist in building new detention facilities so that illegal aliens, once caught by border patrol, would not simply be released into the country, as is the current practice, given limited space.

Though Thursday’s event was not a campaign event, it was one of the few public events Hunter has held recently.

Hunter is running for re-election in the 50th congressional district, a traditionally safe Republican seat that is more competitive this year, largely because Hunter and his wife were indicted on charges of mis-using campaign funds. (Hunter says he is innocent and the charges are politically motivated.)

His opponent, Democrat Ammar Campa-Najjar, is a left-wing progressive and the grandson of a Palestinian terrorist who is narrowly behind in the polls.

Some had expected Campa-Najjar to crash the press conference, as he did last month when Hunter’s father, who once represented the district, gave a “security briefing” outlining the case against Campa-Najjar. On that occasion, Campa-Najjar suggested that Hunter was afraid to face him.

However, he stayed away from the briefing. Two of his supporters — one apparently a campaign staffer — attended instead, as did half a dozen border security activists. 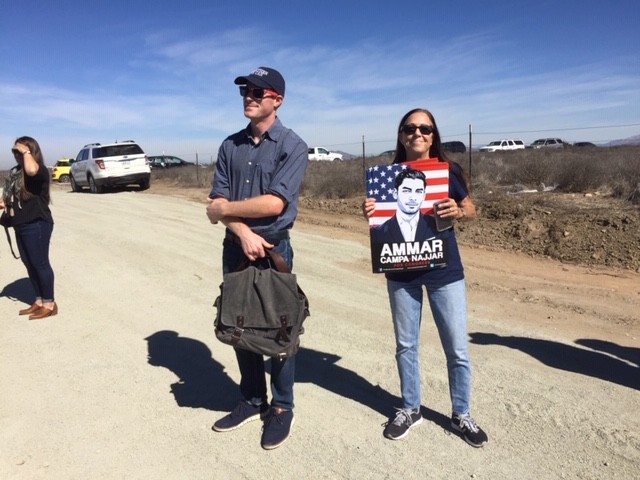 Journalists from local news outlets peppered Hunter with questions, such as whether his letter was just a political stunt. Hunter rejected the idea: “Right now is the time to do it, with the military headed to the border now,” he said.

Diane Harkey, a Republican member of the State Board of Equalization who is running for Congress in the 49th district, also spoke. She reminded reporters that it was Democratic Sen. Kamala Harris — a potential presidential candidate — who had published a report in 2014, as California’s attorney general, about transnational gangs. 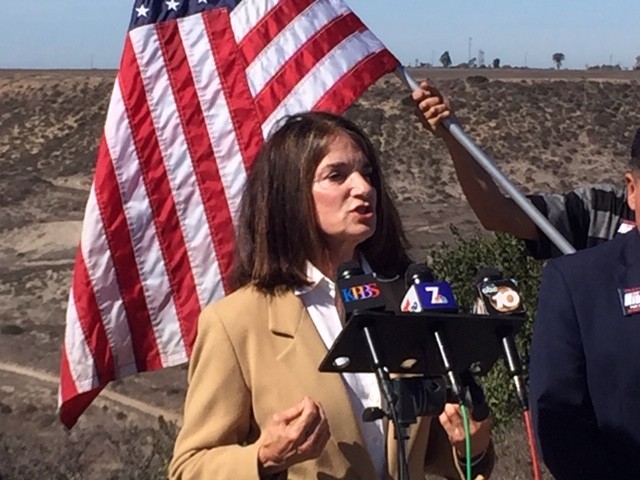 Harkey said that report is still relevant, and that the smuggling of drugs — especially opioids — was a major local problem.

Juan Hidalgo, who is running for Congress in the nearby 51st district, told reporters that the desire for a strong border was about security, not race. “It has nothing to racism. It has everything to do with national security. Nobody has a right just to enter our country.” He added that he supported legal immigration: “I want a real big wall, but I want a real big door, too.”

Chris Harris, an official with the National Border Patrol Council union, explained: “We don’t hate the people out there… we care about the people in here.” He said that Border Patrol officers at the Imperial Beach station had begun screening migrants for typhus. “We are not a third world country,” he said. “We should lift countries to first world status, but not lower ourselves.”

Harris added: “No one should be against security … Follow the law. We are a country of laws, not a country of man. That goes all the way back to the Magna Carta.”

This article was updated to include a quote from Hunter’s letter to Trump.