In light of the denial by the United States Supreme Court of an application to stay the nationwide injunction ordered by Judge Matt Kacsmaryk (NDTX) against enforcing or implementing the June 1st Memorandum issued by your office, we respectively request that, per the judge’s order, you “enforce and implement [the Migrant Protection Protocols][MPP] in good faith.”

The letter is notable, in part, because donor-funded Republican leaders have downplayed the pocketbook impact of migration on American communities. Instead, they try to steer voters’ concerns towards subsidiary non-economic issues such as migrant crime, the border wall, border chaos, and drug smuggling.

The MPP program works by forcing migrants to wait in Mexico until they get a courtroom date to ask for asylum. This “Remain in Mexico” policy breaks the cartels and coyotes’ smuggling operation because it means their clients get the U.S. jobs they need to repay their smuggling debts.

“The whole goal of the administration is to bring in as many people as possible, and requiring them to wait in Mexico was effective at discouraging more people from coming,” said Rosemary Jenks, the policy director at the NumbersUSA. “So, you know, they can’t have people actually not getting into the United States,” she told Breitbart News. 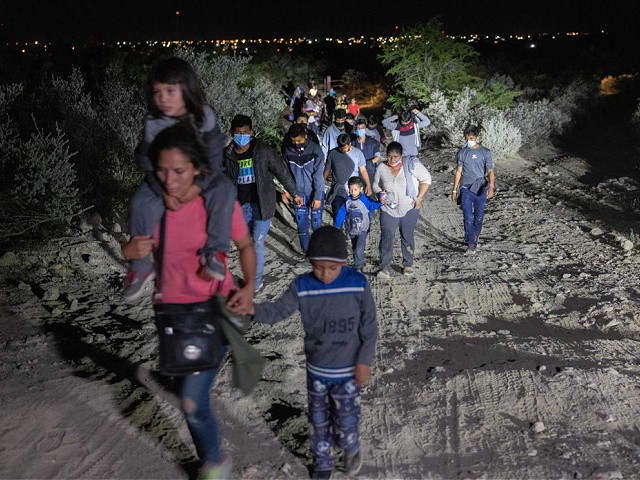 ROMA, TEXAS – AUGUST 14: Immigrants walk towards a U.S. Border Patrol checkpoint after they crossed the Rio Grande from Mexico on August 14, 2021 in Roma, Texas. Recent U.S. Customs and Border Protection figures show more than 200,000 people were apprehended at the border in July, the highest number in 21 years. (Photo by John Moore/Getty Images)

Since January, Mayorkas and his deputies have allowed at least 700,000 migrants across the Texas border, including at least 400,000 job-seekers.

The inflow is in addition to the legal immigration system, which is expected to deliver 730,000 new immigrants in 2021. The Afghan migration is also expected to add at least 100,000 migrants, pushing the overall 2021 inflow to about 1.6 million — or roughly one migrant for every two American births.

Less than 15 percent of the GOP’s 212 members signed the letter. But a spokesman for Roy’s office said:

This letter was put out quickly, due to the exigencies of the ongoing border crisis and the need to ensure that the court order is followed swiftly and to the letter of the law. The number of signatures reflects the letter’s urgent nature.

The MPP program’s political and economic success was underlined in the second half of 2019 when the migrant inflow dropped to minimal levels — and wages rose for Americans in a tight labor market.

President Joe Biden’s deputy, Mayorkas, ended the program. He has since allowed at least 700,000 asylum-seeking migrants into the United States, including at least 400,000 job seekers. 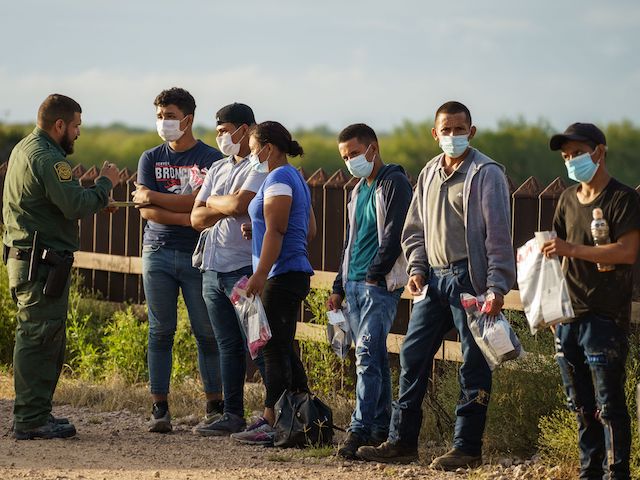 Migrants are processed by United States Border Patrol after crossing the US-Mexico border into the United States in Penitas, Texas on July 8, 2021. – Republican lawmakers have slammed Biden for reversing Trump programs, including his “remain in Mexico” policy, which had forced thousands of asylum seekers from Central America to stay south of the US border until their claims were processed. (Photo by PAUL RATJE / AFP) (Photo by PAUL RATJE/AFP via Getty Images)

Unsurprisingly, wages for many Americans have declined amid the flood of labor. A columnist for the Wall Street Journal wrote August 22:

“The asylum process is essentially our work-visa program,” Mr. Bier [David Bier, at Cato] told me by telephone on Friday. “We have some seasonal visas, but for any year-round job not requiring a college degree—for example construction, dairy or poultry processing—migrants are out of luck.”

Texas judge Matthew J. Kacsmaryk ordered Biden’s deputies to restore the program because they had ended it without proper justification — and he also ordered the agency to comply with federal laws that require the detention of migrants.