The Republican leaders in the House have drafted their initial immigration pitch to 2022 voters, and it offers little or no benefit to the many working Americans who oppose President Joe Biden’s wave of economic migrants.

“From finishing the border wall system to modernizing technology and bolstering border staffing, this legislation tackles key shortcomings and weaknesses,” Katko said in a statement.

“That’s all there is to it?” responded Mark Krikorian, director of the Center for Immigration Studies, who noted the bill does not include any language to close up legal loopholes in the border, such as catch-and-release rules:

It is pretty weak. I’m not against it, but it will not address the border crisis. The border crisis is primarily driven by loopholes in the law that everybody is aware of, not by a lack of equipment or personnel. I don’t dispute there almost certainly are personnel and equipment needs, but that’s not the main problem here.

Since January, President Joe Biden’s deputies have used those loopholes to help bring 600,000 migrants across the border, even as they reassure swing voters that they are operating a “humane, orderly and safe immigration system.” That inflow includes roughly 300,000 job-seeking, wage-cutting migrants who were allowed to sneak across the border, and often, to climb across President Donald Trump’s border wall. 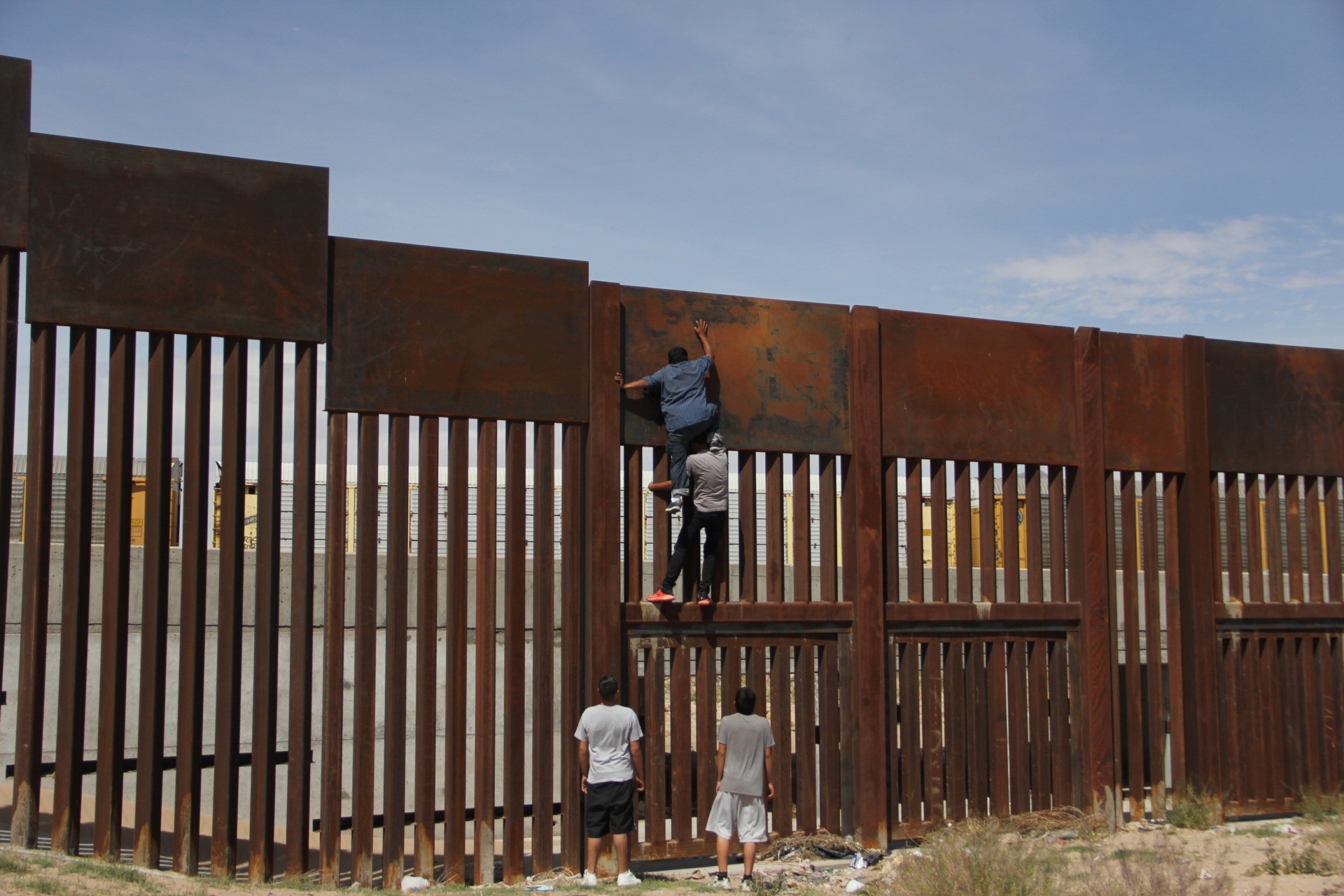 A young Mexican helps a compatriot to climb the metal wall that divides the border between Mexico and the United States to cross illegally to Sunland Park, from Ciudad Juarez, Chihuahua state, Mexico (HERIKA MARTINEZ/AFP via Getty Images)

During Trump’s term, the House GOP leaders drafted a bill to close the loopholes while they also funded Trump’s border wall, Krikorian said:

The border crisis is indisputably driven by these loopholes in the [border] law that Republicans proposed to plug a couple of years ago … Everybody knows what the problem is. Republicans were on board with fixing it and it’s kind of curious that a border-focussed attempt at consensus legislation wouldn’t include the problems that are driving the border, the border crisis.

Moreover, Katko’s bill would simply re-order Biden to do what prior Congresses have already directed. For example, Biden’s deputies have simply ignored critical elements of Congress’s immigration law, refused to deport foreign criminals, and have refused to spend border-wall construction funds appropriated by Congress in 2020.

“It feels like an attempt to do the least possible to be seen [by voters] as addressing the border crisis, the … a minimalist response to Biden’s disaster on the border,” Krikorian added. “They’re not presenting a coherent alternative vision. They’re just hoping they can get away with a minimal response.”

For example, Rep. Tom Emmer (R-MN) chairs the GOP’s campaign group, the National Republican Congressional Committee (NRCC). On June 24, he ranked the issues that the NRCC will emphasize in the 2022 race, saying, “You’ve got to have the right message … [and] our third battleground poll of the cycle has shown right now, it’s inflation, its rising prices, it’s the crime wave, it’s the border.”

McCarthy put Katko in charge of the security task force, whose title subordinates the pocketbook issue of immigration underneath security issues, such as the border. That Katko pick sidelined other GOP leaders, such as Rep. Jim Banks (R-IN), who offers a broader, uplifting, populist, and pocketbook pitch to swing voters — including many of the voters who now tell pollsters that they “somewhat” support Biden’s loose migration policies. 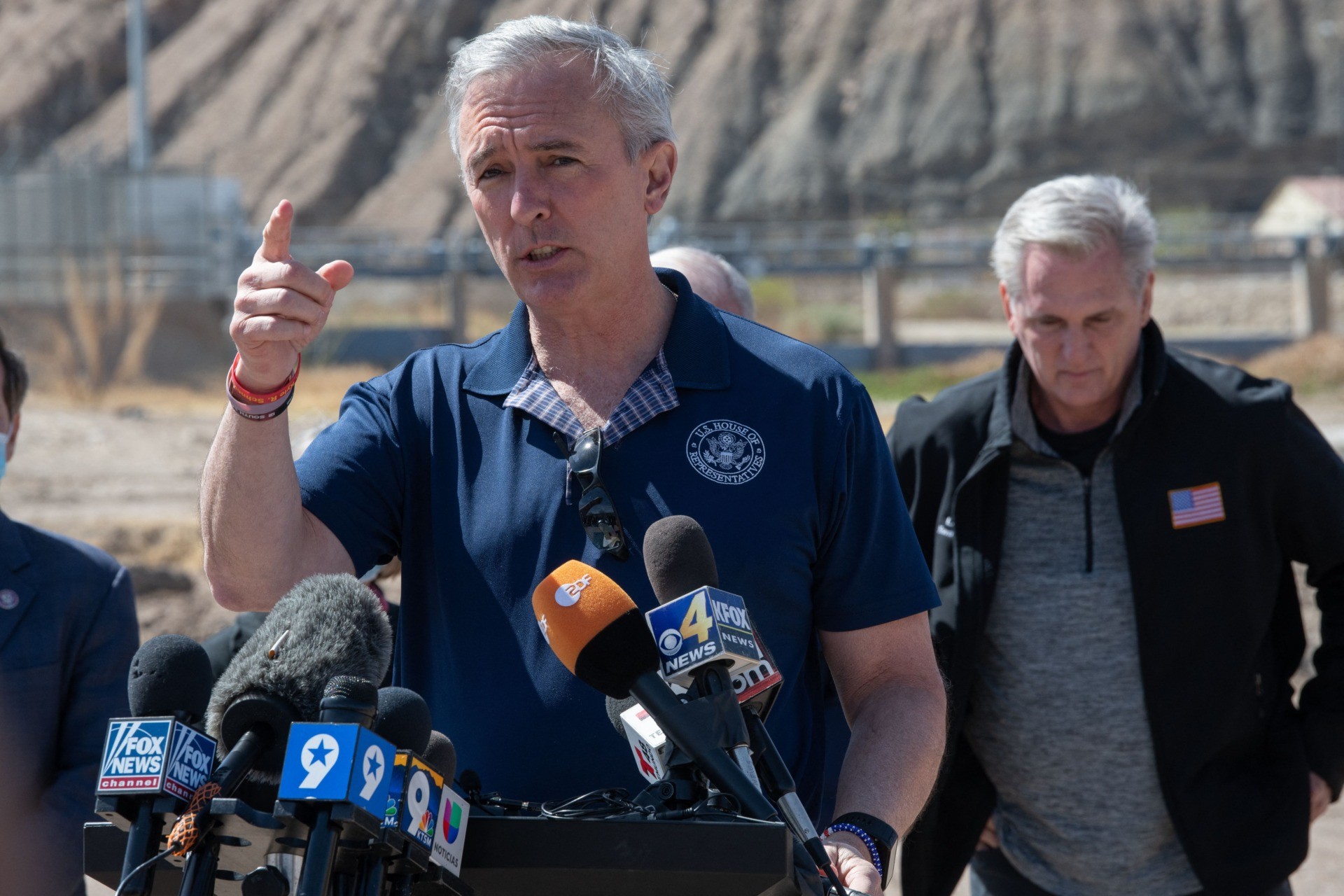 Moreover, Katko’s task force only includes one recognized advocate for working Americans — Rep. Chip Roy (R-TX) — alongside several pro-migration advocates. For example, Katko and three other members on the 14-member task force voted in March for a Democrat amnesty bill that would displace many Americans from agriculture jobs and provide the Democrats with millions of government-dependent voters.

“John Katko is the typical corporate Republican,” one person active in the immigration debate told Breitbart News in June, adding:

The surprising passivity on immigration is directed by top GOP officials, one source told Breitbart News. He continued:

I found that there is a really interesting, aggressive core of freshmen House members. They have told me that their [GOP] leadership has essentially pulled them aside and said “Shut up.” In other words, don’t do anything aggressive [such as] oversight letters and hearings. They said, “Leadership has, in several different ways, ranging from explicit to implicit, said, ‘Stand down, be quiet, let the Democrats sink themselves.'”

The Congressional Leadership Fund is the major donor fund for House Republican members. The fund reveals little to the public, but its leaders reportedly also fill out the top positions at a business advocacy group, titled the American Action Network (AAN), which favors low-wage labor migration. In July, the AAN funded a poll of 51 swing-voting districts that touted inflation and crime but downplayed the border crisis.

It would be understandable for McCarthy and his deputies to avoid conflicts with pro-migration donors, said Krikorian. “But the fact that [Katko’s bill] doesn’t include anything on the loopholes is not understandable,” Krikorian said, adding:

Conservatives need to make clear that this is not sufficient. The days they could be bought off with a few shiny pennies are over … That’s what the Trump movement was all about, and they’re not going to eat the dog food any more.

Democrats will exploit the GOP’s passivity to push their own amnesty this year, Krikorian warned. “The conclusion they’re going to draw is that they can continue the disastrous policies at the border without paying too heavy a political price because the Republicans aren’t going to take advantage of the Democrats’ disastrous policies for political gain,” he said. “It definitely will strengthen their resolve to not change what’s going on at the border,” he added.

Without a GOP pushback that offers an uplifting, pocketbook alternative, the many voters who “somewhat” support Biden’s amnesty policies will be more likely to default for Democrats in November 2022, said Chad Bohnert a pollster with Zogby Analytics.

And many of the GOP voters who care about migration will stay home on Election Day without a positive agenda for blue-collar voters, Bohnert added:

There’s 15  percent, 20 percent, of the grassroots, maybe 25 percent, that are pissed at the Country Club Republicans. They won’t go Democrat, but they won’t show up … We know turnout is the key to everything, and it always will be.

“My sense is that [GOP leaders] figure they’ve got the victory next year in the bag, so doing the minimum [on immigration] will be enough,” said Krikorian. “I hope the Republicans win next year, but I think they’re getting a little overconfident,” he added.