“Truck driver unions said the protests across the major corn and soybeans exporting nation will continue for an unspecified amount of time, aimed at pressuring the government to do more to address the extended motor fuel shortages and rising prices,” Reuters relayed.

A major highway just outside Argentina’s national capital of Buenos Aires was blocked with standstill traffic extending four miles on June 22 as a direct result of the commercial truckers’ protests.

“National truck drivers union UNTRA asked the government to assure what it described as proportional diesel prices, according to a statement on Wednesday. Other associations joined in on the highway blockades, blasting the spiking cost of diesel,” Reuters reported.

Protesters will set up roadblocks on major routes across the country to prevent cargo trucks from crossing; organizers say they will not target other vehicles, such as private cars and emergency transport.

Reports indicate ongoing roadblocks on National Route 151 near Cipolletti in Rio Negro Province; the intersection of National Route A012 and Provincial Route 18 near Rosario, Santa Fe Province; and highways between Rosario and Buenos Aires as of early June 22. 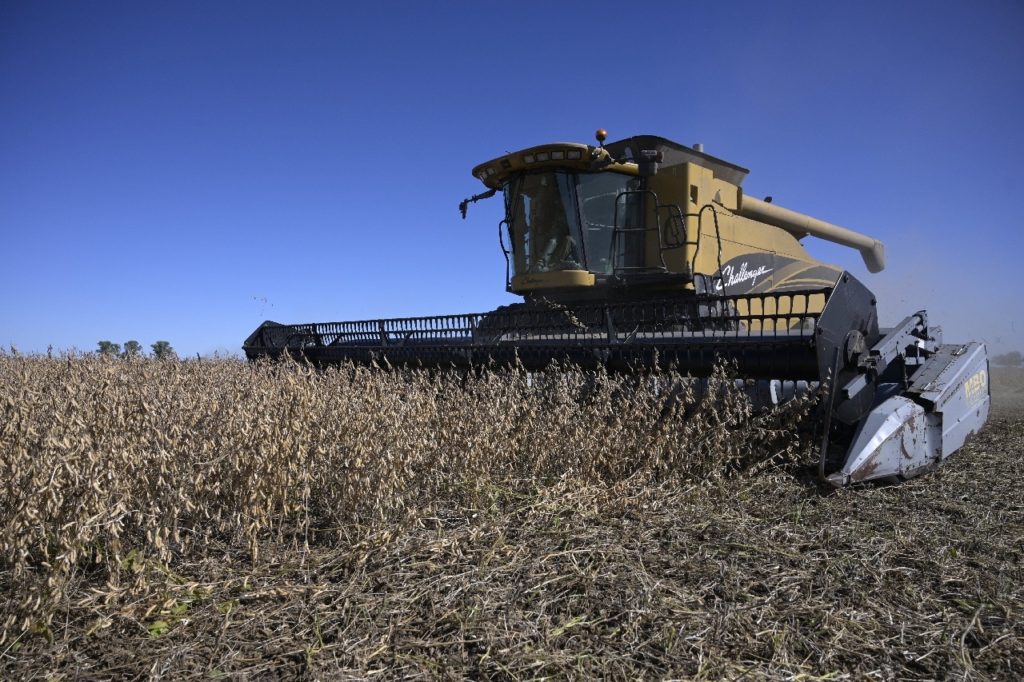 A combine harvester harvests a soy field in Lobos, some 100 km west of Buenos Aires, on April 29, 2022. (Photo by JUAN MABROMATA/AFP via Getty Images)

Several commercial transport unions in Argentina are participating in the strike, including the National Union of Carriers and Related Companies of the Argentine Republic (UNTRA) and port workers from the Union of Port Administration Workers (SUTAP).

“Tomorrow, Thursday [June 23], we will cut off access to the port of Dock Sud [in Buenos Aires], and we will also make a cut in some access,” SUTAP head Adolfo Barja told reporters on June 22, as quoted by the news website TN, which is owned by Argentina’s Clarín media conglomerate.

“Regarding the type of protest that will be implemented this Thursday, the trade unionist anticipated that ‘here in Dock Sud, starting at 5 in the morning, the colleagues will go up and carry out a strike and block access to the port,'” the news website further quoted Barja as saying.

“Senior government officials laid the blame for the shortages on growing demand as the economy recovers from a pandemic-led slowdown,” Reuters observed on Wednesday.