The nomination of longtime Democrat donor Elizabeth Frawley Bagley to serve as ambassador to Brazil returned to the Senate’s executive calendar this week, making it possible for leadership to rapidly schedule a vote for her alongside other nominees, potentially before the end of the year.

The Senate held a tumultuous hearing for Bagley’s nomination in May in which the current telecommunications professional with ties to top Democrats including climate czar John Kerry and Hillary Clinton faced bipartisan condemnation. Concerns centered around a 1998 interview in which she claimed that Democrats entertained “stupid” pro-Israel viewpoints because “the Jewish factor” of “money” influenced them. Multiple senators and Jewish organizations decried her remarks as antisemitic – and she apologized for the interview during the hearing – but the Biden administration did not withdraw her nomination.

Bagley’s history of antisemitic commentary is especially concerning given the presidential transition set to occur in Brazil in January. Staunchly pro-Israel conservative President Jair Bolsonaro is set to culminate his term and return executive power to convicted felon Luiz Inácio Lula da Silva, a hardline socialist who recognized Palestine as a sovereign state during his prior terms in power and strengthened the Latin American nation’s ties to Islamist Iran. 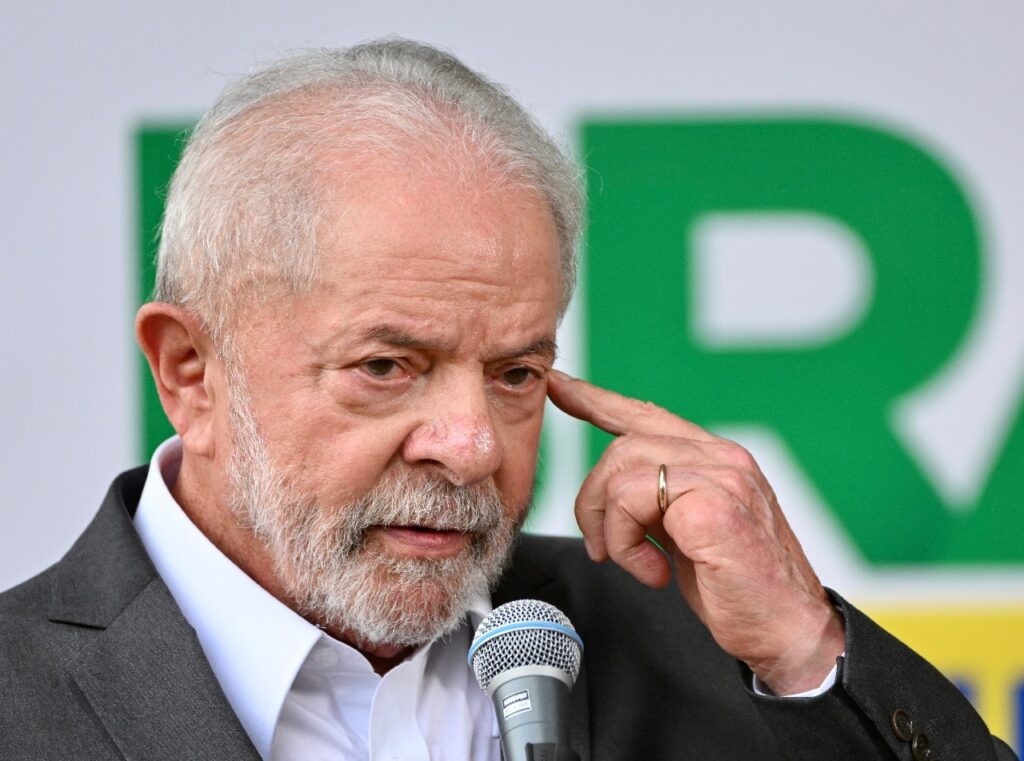 Bagley’s nomination resurfaced on the Senate executive calendar on Tuesday, alongside several other stalled ambassador nominations. This formality allows Senate leaders to bring up the nominations, potentially bundling them together for a vote, before the end of the year. Senate Majority Leader Chuck Schumer (D-NY) is likely to try to push a slate of nominees through on unanimous consent before the end of the year, but since Bagley’s nomination was deadlocked in committee with an 11-11 vote that did not approve her, it is highly unlikely she would be part of any deal to fill vacancies. 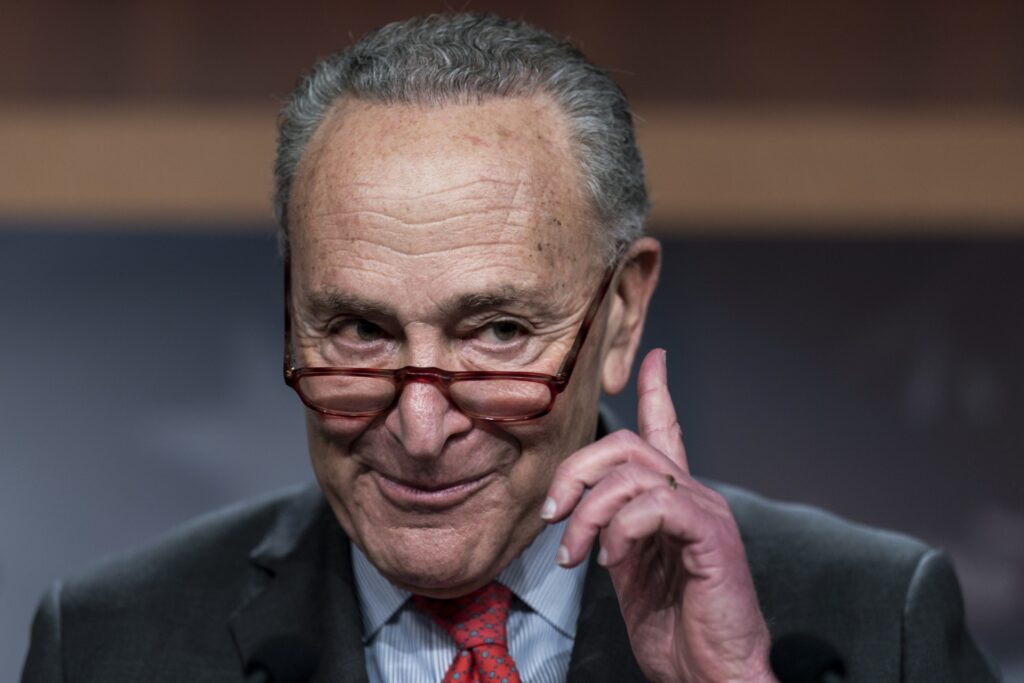 As her confirmation hearing already occurred, a second round of scrutiny for the nominees is unlikely. Nominees not confirmed by the Senate by year’s end would be sent back to the White House which would need to renominate them next year if the president intends to try again to get them through.

The nomination for the Brasilia post is stalled along with a slew of others. This week, the Washington Post called the nearly unprecedented confirmation delays for dozens of diplomatic posts in Italy, Saudi Arabia, India, and Russia – in addition to Brazil – a major foreign policy risk for the United States. The Post claimed “the bulk of the problem is the fact that Senate Republicans are slow-walking confirmations,” refusing to address the issue of the quality of Biden’s candidates beyond a passing mention to Los Angeles mayor and Indian ambassador pick Eric Garcetti’s sexual harassment scandal.

This is a treacherous moment for the United States to be shorthanded on the global stage, the Editorial Board writes. https://t.co/zHf9XHkkql

In Bagley’s case, the issue of candidate quality surfaced in June when the Washington Free Beacon unearthed an interview she gave for an oral history project during the administration of leftist Bill Clinton decrying “the Jewish lobby” for influencing Democrat foreign policy.

“The Democrats always tend to go with the Jewish constituency on Israel and say stupid things, like moving the capital to Jerusalem always comes up. Things that we shouldn’t even touch,” Bagley said, according to the Free Beacon.

Biden’s pick to serve as the U.S. ambassador to Brazil is under fire for an anti-Semitic tirade.

“There is always the influence of the Jewish lobby because there is major money involved,” Bagley was quoted as saying. “But, I don’t remember any major issues coming out on that, besides the usual ‘make Jerusalem the capital of Israel,’ which is always an issue in the campaign.”

Bagley reportedly went on to say the “Jewish factor” was “money,” not votes, and lament that allowing alleged Jewish influence in the Democrat Party because “Jewish Democrats were going to give their money to Clinton anyway and Jews are mostly Democrats on social issues.”

The comments reportedly came up during Bagley’s hearing in May, prompting Foreign Relations Committee Democrats Sen. Bob Menendez (D-NJ) and Ben Cardin (D-MD) to condemn her remarks. Cardin referred to her remarks as outright “antisemitism.” 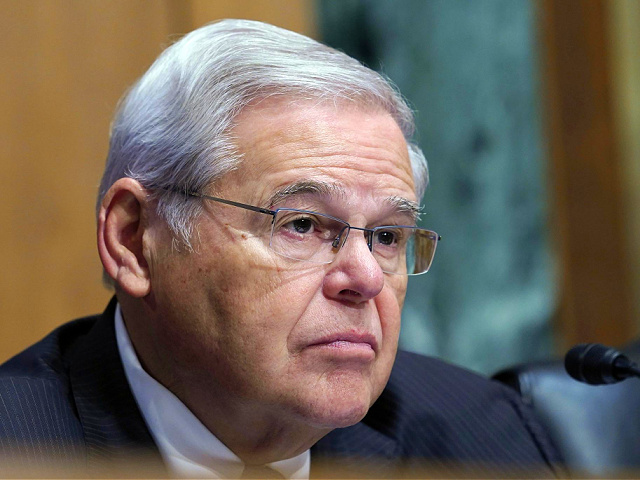 “Is it a suggestion that one group of Americans don’t have the right to engage in the political process as others do?” Menendez asked. “Words, especially for those who are going to be ambassadors of the United States to other countries are incredibly important, probably more significant than maybe in our individual daily lives.”

Bagley told Cardin that she regretted he “would think that it was a problem,” referring to the interview, and said she was “very sorry that we ever had the interview,” saying allowing herself to be interviewed for the oral history “didn’t really make sense to do.” 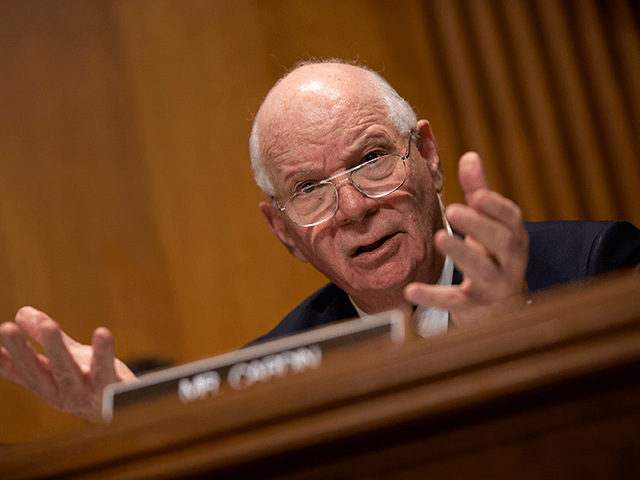 The Foreign Relations Committee split 11 to 11 on her nomination, effectively freezing it. Cardin and Menendez voted for Bagley. The Biden administration did not withdraw her nomination.

The Zionist Organization of America strongly condemned Bagley’s nomination in June, calling her remarks “horrifying for a diplomat representing the United States.”

“To say the least, Bagley’s antisemitic tirade, language and attitude was horrifying for a diplomat representing the United States,” ZOA President Morton Klein said in a statement. “ZOA applauds U.S. Senate Committee for not approving her nomination. Yet under Senate rules, Majority Leader Sen. Chuck Schumer, with the support of 50 members of the Senate and the vice president, can still call for a vote of the entire U.S. Senate.”

The ZOA noted that Bagley was among “a long list of President Biden’s antisemitic and Israelophobic nominees and appointees,” which the organization has documented.

Brazil has become a particularly problematic country for someone with purported antisemitic views to serve as ambassador in following Lula’s electoral victory in October’s presidential election given his own history of friendly ties to antisemitic Islamist regimes. Israel’s i24 news described Brazil’s Jewish community as concerned and “divided” following Lula’s win given his vocal support for the Iranian Islamist regime, which regularly threatens to “annihilate” Israel and openly promotes antisemitic views. Lula pioneered close ties with Iran under former President Mahmoud Ahmadinejad, who prioritized improving relations with radical socialist leaders in Latin America during his tenure, and is expected to continue his previous foreign policy following his inauguration in January.