Jacob Blake, the 29-year-old black man shot multiple times by Kenosha police, admitted to law enforcement that he “had a knife in his possession,” the Wisconsin Department of Justice announced in a Wednesday statement.

“DCI agents recovered a knife from the driver’s side floorboard of Mr. Blake’s vehicle,” the statement added.

.⁦@WisDOJ⁩ confirms that the Kenosha police officer who shot Jacob Blake is Rusten Sheskey & says Blake “admitted that he had a knife in his possession.” pic.twitter.com/R8DORSp3Sq

The Milwaukee Journal-Sentinel added that “Blake told police he had a knife in an interview following the shooting. It is unclear whether responding officers knew Blake had a knife. Attorney General Josh Kaul in a news conference was asked repeatedly about it and declined to be more specific.”

The state also confirmed that only one officer fired shots, and named the officer as Rusten Sheskey, a seven-year veteran of the force.

Many news outlets reported for three days that Blake had been “unarmed,” which amplified public outrage.

For example, the following photograph was published by Getty Images, with the accompanying caption identifying Blake as “unarmed”: 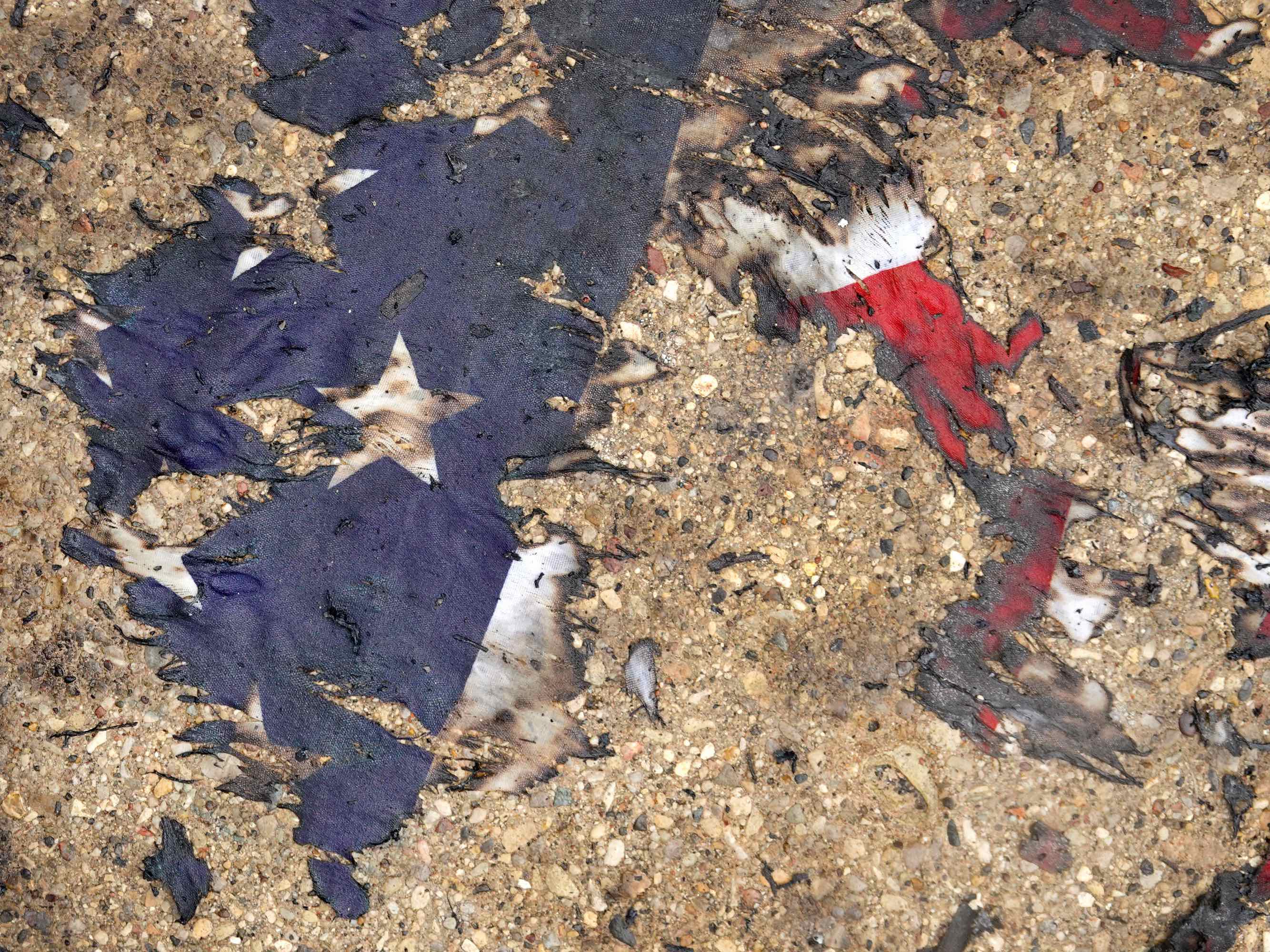 KENOSHA, WISCONSIN – AUGUST 25: The remains of a burned American flag lays on a sidewalk following another night of unrest on August 25, 2020 in Kenosha, Wisconsin. Rioting as well as clashes between police and protesters began Sunday night after a police officer shot Jacob Blake, an unarmed Black man, seven times in the back in front of his three children. (Photo by Scott Olson/Getty Images)

The Journal-Sentinel also reported earlier that Blake had been “unarmed” when he was shot.

The revelation comes after a 17-year-old male was arrested Wednesday in connection to the fatal shooting of two people during a third straight night of riots in Kenosha.

Kyle Rittenhouse, of Antioch, Illinois, about 15 miles from Kenosha, was taken into custody in Illinois on suspicion of first-degree intentional homicide in the attack Tuesday that was largely captured on cellphone video. The shooting left a third person wounded.

“I just killed somebody,” the gunman, carrying a semi-automatic rifle, could be heard saying at one point during the rampage that erupted just before midnight in the city of 100,000 people midway between Milwaukee and Chicago.

In the wake of the killings, Wisconsin Gov. Tony Evers authorized the deployment of 500 members of the National Guard to Kenosha, doubling the number of troops. The governor’s office said he is working with other states to bring in additional National Guard members and law officers. Authorities also announced a 7 p.m. curfew, an hour earlier than the night before.

The AP contributed to this report.