LOS ANGELES — Campus safety officers at Occidental College are denouncing a demand by a student activists that they stop wearing bulletproof vests. The police do not carry weapons, and bulletproof vests are their only protection.

The students, part of a coalition called “Oxy United for Black Liberation,” are occupying the school’s administrative building “indefinitely,” or until their list of 14 demands are met.

On Wednesday, Breitbart News paid a visit to the campus where students, faculty, members of the health department and campus security were interviewed for their take on the situation and the protesters’ demands.

The administration building appeared somewhat chaotic, with students living on the first floor and college staff working above. 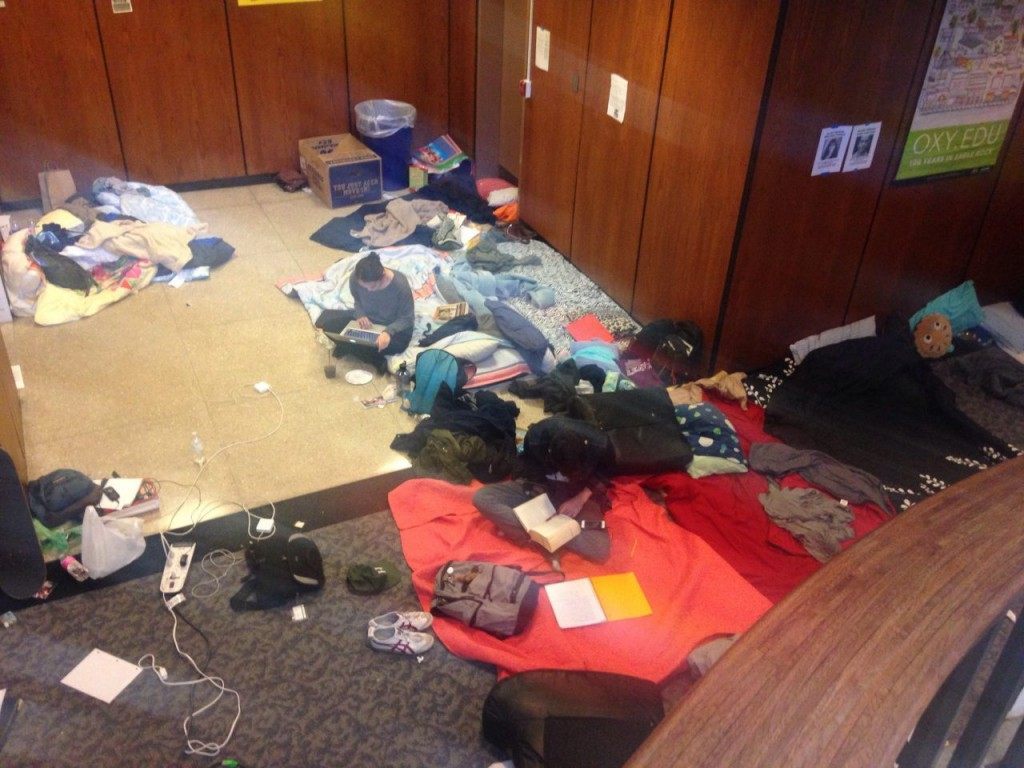 A professor who did not wish to be named told Breitbart News that he supported the students’ demand regarding bulletproof vests, because “the vests here are just indicative of the increasing armament of police forces around he country.”

One black female student named Dionne told Breitbart News that”we are extremely tired of being marginalized on this campus.” She said that she and fellow black students face micro- and macro-aggressions on campus nearly daily, and claimed that some students are stopped by campus security based solely on their color, and are questioned as to whether they are students there.

However, a freshman named Madeline told Breitbart News that she is against the current demonstrations, as she feels the students’ grievances are being blown out of proportion. “People at this school are so privileged just to be here,” she explained. Regarding the calls for removing officers’ vests, Madeline said: “I think that’s kind of ridiculous, honestly.” 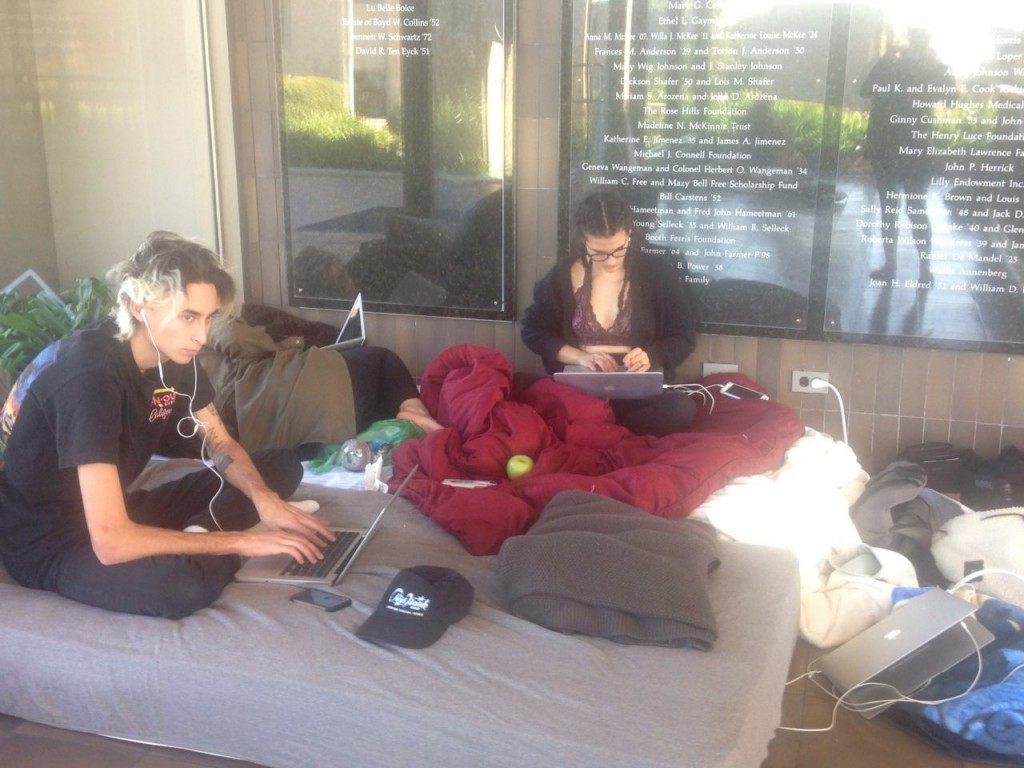 Another demand is that Occidental hire “physicians of color” to treat “physical and emotional trauma associated with issues of identity.”

Sara Semal, who has served as the senior director of student wellness with Occidental College for a year and a half, said, “We are very excited about that demand. We really want to have more diversity on our staff.” She added that when positions become open, she and her staff make sure they are “bringing on people that reflect the diversity of our student body.”

When asked if students of color have different physical ailments from other students that perhaps only a black physician could address, she provided the following response:

I think that medically, no. And yes, because we can’t compartmentalize our medical, physical health without taking into consideration the emotional and social issues that affect our health. And sometimes, yes, a person of color might be more sensitive or understanding to those issue and consider them…when you’re having a counseling session, having the person across from you that looks like you and understands the issues of diversity and race is very important.

A nurse and a physician’s assistant set up a station outside of the occupied administration building, and were offering flu shots to the students. The physician’s assistant, named Anne, said her primary concern was to ensure students were not spreading illness to one another, since they are sharing food in a communal way. 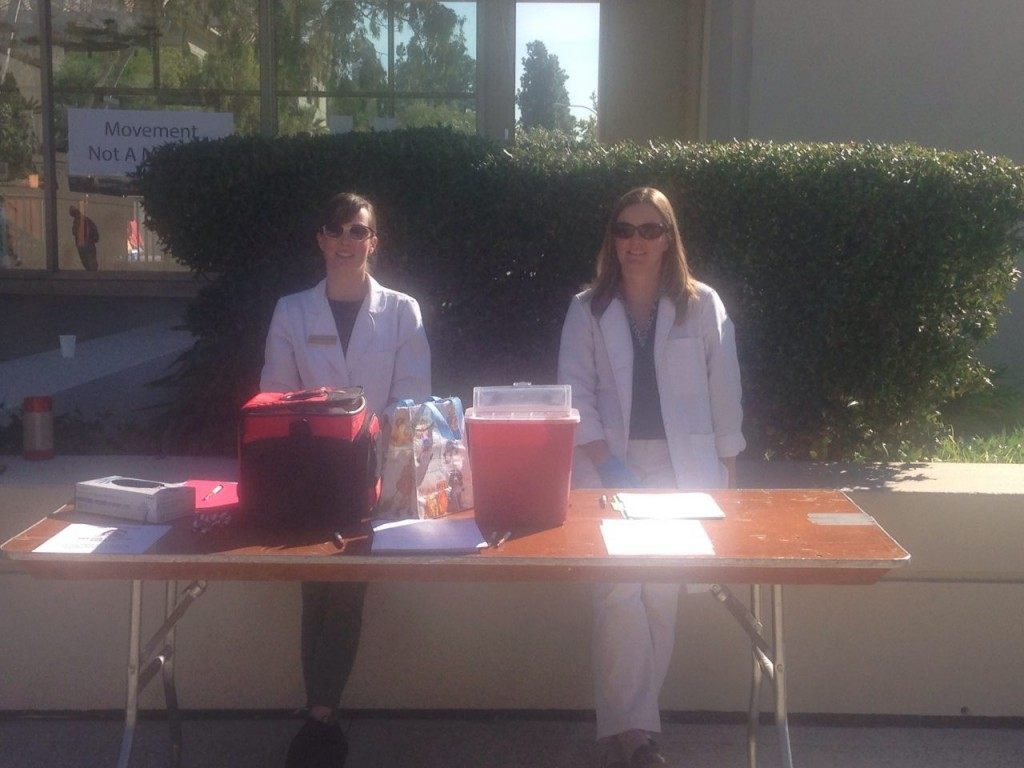 She also made certain to place hand sanitizers at every corner. “If a student is too sick, we’ll tell them it’s a good idea for them to go back to their dorm room,” she said.

President Barack Obama attended Occidental from 1979 to 1981 before transferring to Columbia University..