A peaceful march to support President Donald Trump, as well as veterans, law enforcement, and first responders, was briefly interrupted by a dozen or so anti-Trump protesters Saturday in Huntington Beach, California. 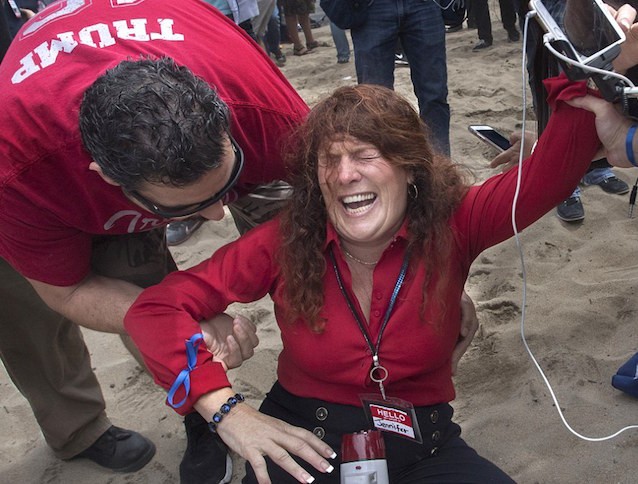 Police arrested four people after they allegedly used pepper spray on the marchers during the peaceful procession attended by about 3,000 on the beach in Orange County. According to the Los Angeles Times, the dozen or so counter-demonstrators — including one who wore a patch that said, “Only You Can Resist Racists Liars” — all refused to identify themselves, but one claimed that the group only used pepper spray after they were shoved and punched by their rivals.”

According to the organizers of the Make America Great Again march, the event was designed to show “we love our country and we want to show gratitude to the men and women who put their own lives on the line every day.” Organizers were collecting donations during the event to benefit homeless veterans.

Pearsall said all of those arrested were counter-demonstrators. 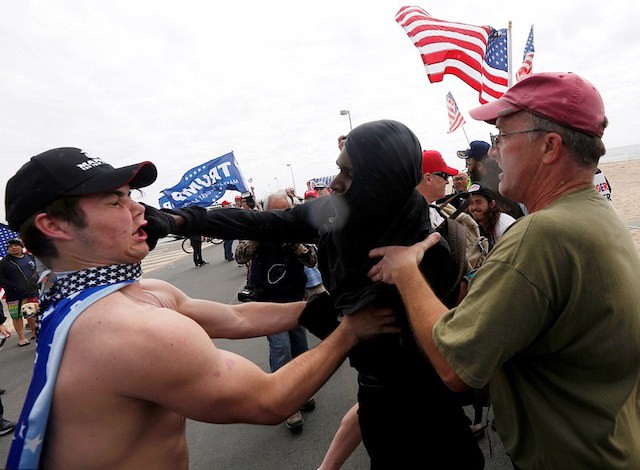 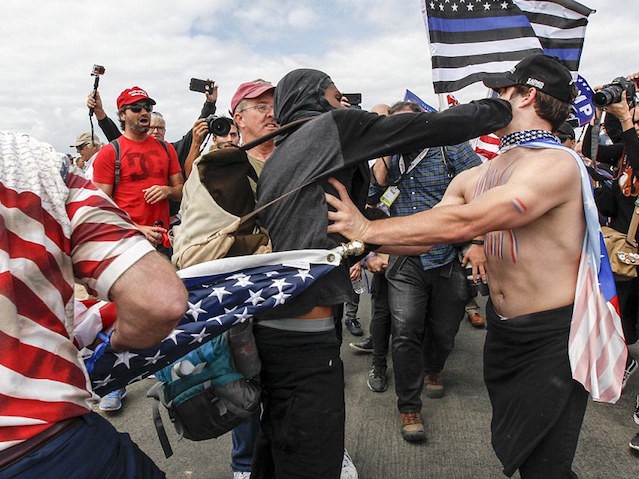