A mystery jogger is being hailed as a hero after he rescued a family’s pets from a house fire while they were out of the home.

The jogger was passing by the residence and ran up to the burning home, according to KSBW. He was able to get in contact with homeowner Courtney Polito through the family’s Ring video doorbell.

“I saw him running back and forth, so, I answered it, and he said, ‘Hello, do you see there’s smoke coming out of the top of your house,'” Polito told KSBW.

As Courtney heard the fire alarm going off in the background, she decided to let the stranger in to save her family’s two dachshunds, cat, and rabbit, the outlet reports.

The Good Samaritan wasted no time and went into the home to rescue the helpless animals.

“It takes a special kind of person to go into a burning house to save animals,” Tony Polito told KSBW.

Courtney says if it were not for the mystery jogger, her family would have lost the home.

“The fire department said ten more minutes and the house would have been gone,” she said.

“This is the first for our agency where someone uses a Ring doorbell system to alert the 911 system and the homeowners,” Scotts Valley Fire Battalion Chief Andrew LoFranco told KSBW. 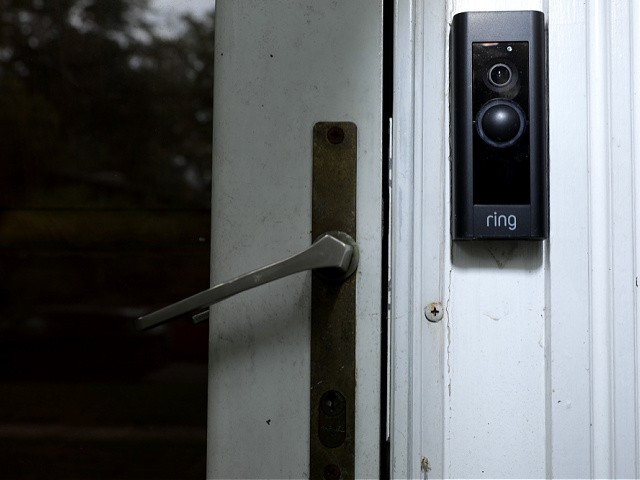 A doorbell device with a built-in camera made by home security company Ring is seen on August 28, 2019, in Silver Spring, Maryland. These devices allow users to see video footage of who is at their front door when the bell is pressed or when motion activates the camera. (Photo by Chip Somodevilla/Getty Images)

“We believe that stronger communities are the key to safer neighborhoods,” the company’s mission states. “That’s why we’re driven to create products that help you protect what matters most at home and empower you to connect with your neighbors from wherever you are. Together, we’ll help make neighborhoods safer.”

Courtney does not know who the mystery jogger was, but she wishes she could thank him for his heroic deed.

“I want to give him a hug. I’ll buy him lunch. I’ll buy him dinner. I don’t know — I just want to thank him so much and let him know how thankful we are. My kids, myself, my husband — we would be devastated if we lost our pets let alone our home,” she told KSBW.