Sherri Papini, the woman who pleaded guilty to faking her own kidnapping, was sentenced Monday in California to 18 months in prison and her attorney deemed it “fair.”

According to NBC News, prosecutors had recommended she be given an eight month sentence because “A lesser sentence, such as the one month of imprisonment recommended by probation or home detention in lieu of incarceration, is not sufficient to achieve the purposes of sentencing,” they wrote in a sentencing memorandum.

It was also recommended she serve three years of supervised release following the prison term and U.S. District Judge William Shubb agreed to the recommendation.

Papini was given prison time, 36 months supervised release, and ordered to pay $309,902 in restitution for losses incurred by several agencies connected to the case.

Her attorney, William Partanova, described the sentence as being “fair.”

Sherri Papini, the woman charged with faking her own kidnapping in 2016, has been sentenced to 18 months in prison. More: https://t.co/oqnPy8lb6L pic.twitter.com/MTkoDD3Km5

She was arrested in March after faking her own abduction in 2016 to be with her ex-boyfriend. The lengthy investigation cost approximately $150,000, according to Breitbart News.

At the time, Papini was charged with making false statements to a federal law enforcement officer and engaging in mail fraud.

The woman was reported missing in November 2016 and “reappeared three weeks later, on Thanksgiving, about 145 miles south of where she had vanished, with injuries that authorities now believe were self-inflicted and a brand on her shoulder, which she blamed on her abductors,” the NBC report said. 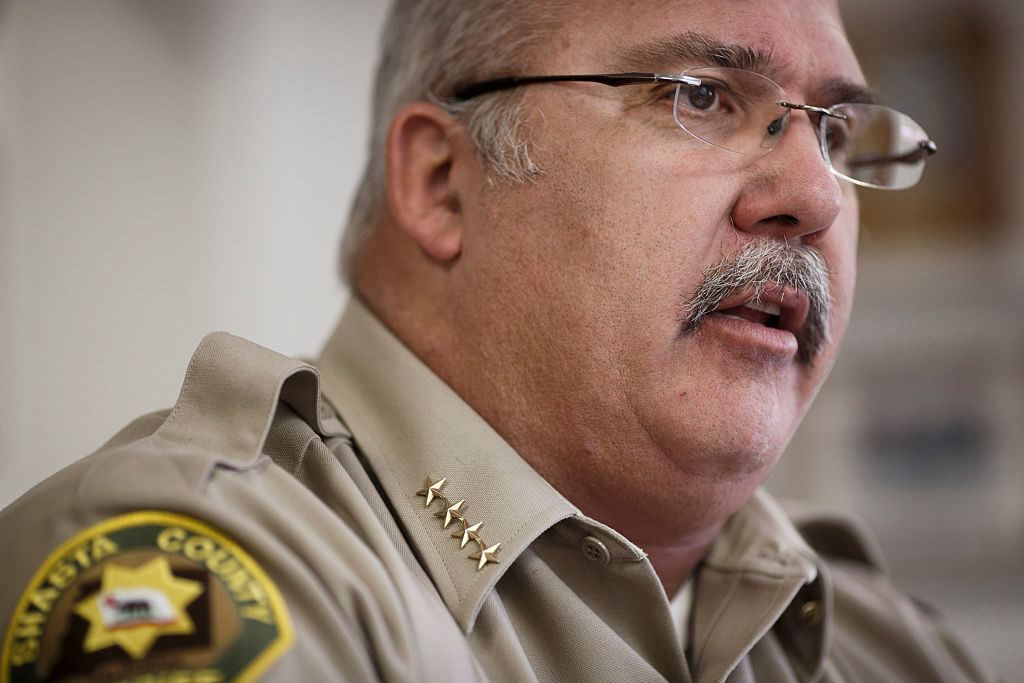 File/Shasta County Sheriff Tom Bosenko at his office on Feb. 19, 2013 in Redding, Calif, in the aftermath of the disappearance of Sherri Papini. (Dai Sugano/San Jose Mercury News/Tribune News Service via Getty Images)

Papini claimed a pair of Hispanic women abducted her. However, authorities found a man’s DNA on her clothes which eventually led them to her ex-boyfriend.

“The former boyfriend told investigators that Papini had asked him to hit her — he wouldn’t, but he agreed to hold a hockey stick for her to run into and to pelt her with hockey pucks. He also branded her when she asked him to,” the outlet continued.

During her sentencing, Papini said, “I am guilty of lying, I am guilty of dishonor, and I stand before you willing to accept, to repent, and to concede.”