The Secretary-General of the Council of Europe Thorbjørn Jagland will visit Frampol, Poland on Tuesday to lend show his support to the European Jewish Cemeteries Initiative (EJCI) which works to protect Jewish burial grounds in Central and Eastern Europe.

Frampol is a small town in Lublin province, in south-eastern Poland. Prior to World War II, it had a large Jewish population. Frampol, or a fictional version thereof, is the setting of many stories of famous Jewish writer Isaac Bashevis Singer. In September 1939, the German Luftwaffe destroyed almost the entire town in an air raid. Around a thousand local Jews were shot by the Nazi occupiers and buried in a mass grave at the cemetery site.

According to the European Jewish Press, Jagland – who will be joined by former Israeli minister Yossi Beilin – will engage with pupils from Frampol’s school who have helped in the protection of the local Jewish cemetery, a site owned by the Foundation for the Preservation of Jewish Heritage in Poland (FODZ), which is the Polish partner of the ESJF. 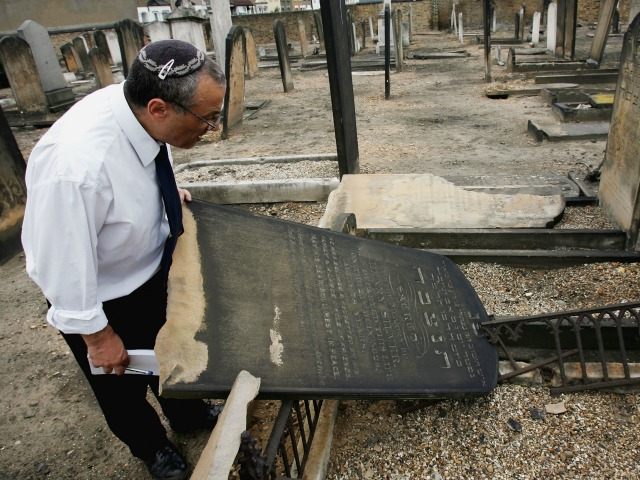 Jagland will explain to them the value of cultural heritage prior to a visit and ceremony at the Frampol Jewish cemetery.

The visit follows a declaration by the council in Strasbourg in 2015 that Jewish cemeteries are an integral part of the European cultural heritage and must be protected from damage and desecration.

The council asked local authorities in the 47 Council of Europe member states to promote the preservation of holy Jewish burial sites by ensuring that urban planning projects are supervised in order to avoid the violation or deterioration of those sites, and to take the necessary steps within their responsibilities to protect them.

“The Council of Europe supports projects of cultural heritage which contribute to reconciliation, mutual understanding and inclusive societies. I am grateful to the ESJF European Jewish Cemeteries Initiative, for sharing our vision and promoting Jewish heritage which is integral to our common European culture and society,” said Thorbjørn Jagland ahead of his departure for Poland.

“We are in a race against time to protect the last physical vestiges of Jewish presence in the thousands of towns and villages of Central and Eastern Europe wiped out by the Nazis. Our role is to physically protect these sites, and we must act now as memory becomes history and it will soon be too late,” said Philip Carmel, chief executive of the ESJF.

During its pilot year, the ESJF completed over 30 fencing projects in Ukraine, Poland and the Czech Republic. In 2016, the NGO is expanding its activities in into Belarus, Serbia and Hungary.

There are about 10,000 known Jewish cemetery sites across the 46 member states of the Council of Europe.