However, the two men leading the session are wearing the uniform of Hamas’ military wing rather than the customary IS uniform. This confirms Israeli claims that the two organizations have strong ties to each other. A still from the video appears below confirming the dress of the combatants. 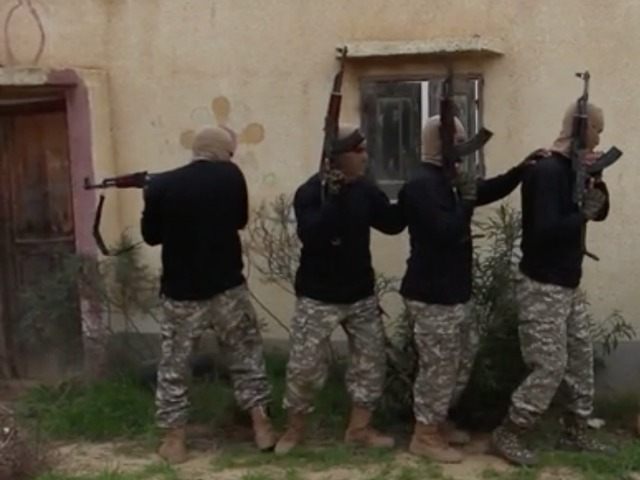 Breitbart Jerusalem also revealed that jihadis in Gaza appealed to the leader of IS, Abu Bakr al Baghdadi, saying that the arrangement ignores their persecution by Hamas authorities.

They also expressed their dismay at the notion of cooperating with what they see as an anti-Islamic organization.

The latest video comes against the backdrop of Breitbart Jerusalem‘s report that several high-ranking Hamas operatives defected to Welayat Sinai, including the commander of the Rafah division.

Breitbart Jerusalem also learned that, last month, Hamas recovered one of its military commanders, Ghassan Alarjani, who was severely injured in Sinai while fighting for IS. Salafi sources said that his fellow troops conveyed the news of his injury to Hamas headquarters in Gaza, who made the arrangements to bring him back home through one of the underground tunnels linking Egypt and the Strip.