JAFFA, Israel – The Islamic State organization has published photos of the public execution of an unnamed Iraqi man who was thrown to his death from a rooftop after being convicted of homosexuality.

The undated pictures show an IS man reading out the “indictment” as the defendant is being escorted up a stairwell, in front of dozens of witnesses in the city of Telaafar. When the reading was complete, he was pushed to his death.

Public executions have become a customary punishment for convicts of “sodomy” in areas ruled by IS. Images as provided by Islamic State Telegraph Messaging Service can be seen below: 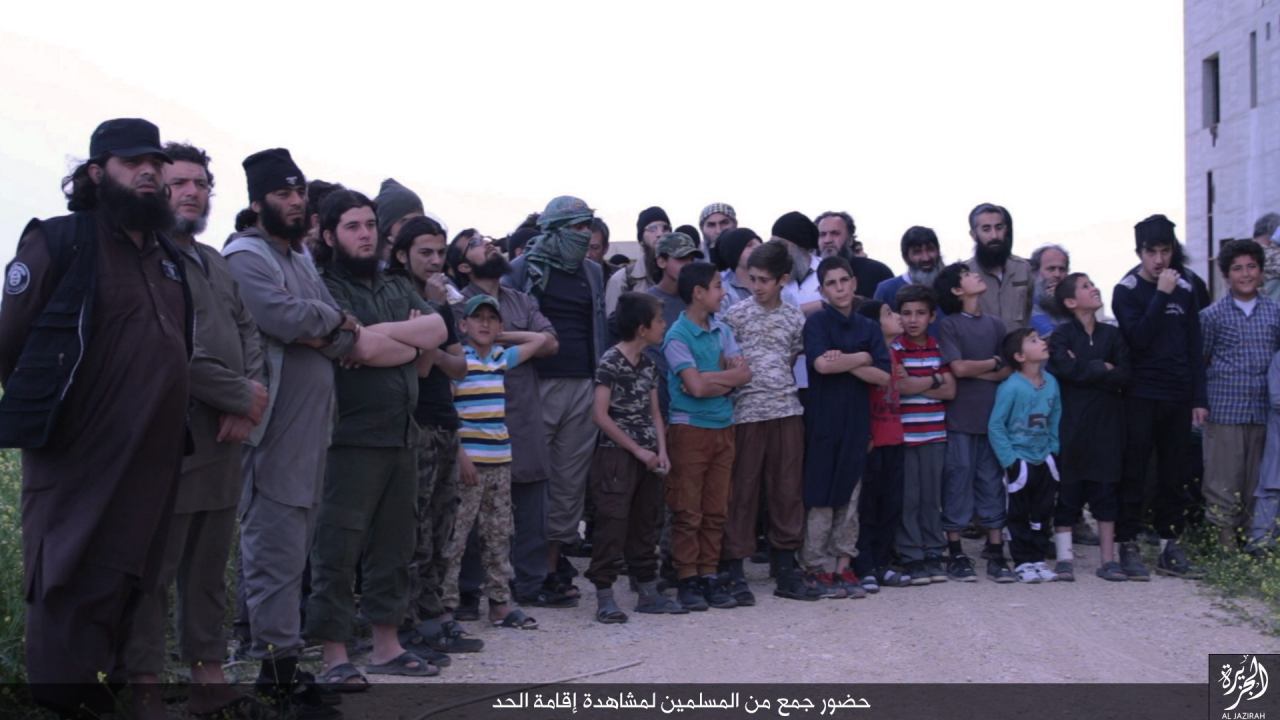 A crowd waits to witness the execution 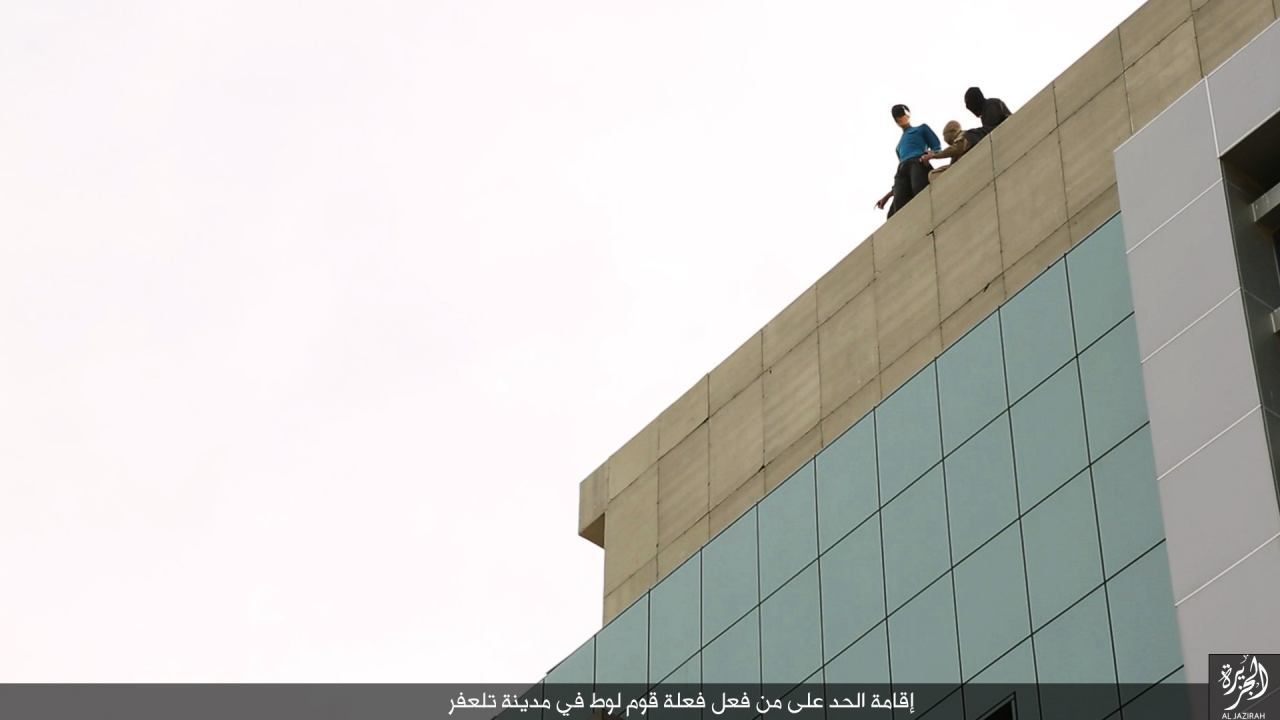 The doomed man is held on the rooftop awaiting execution. 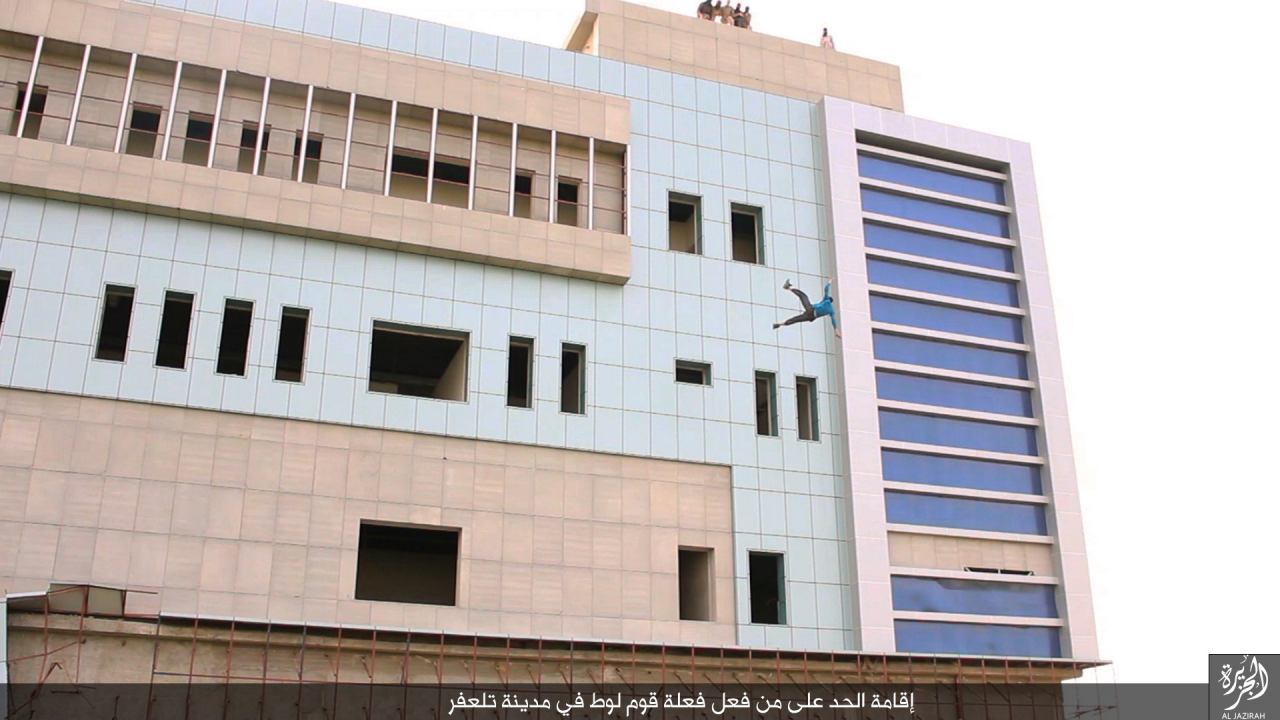 The accused is pushed to his death by Islamic State

Abu Bakr Almaqdesi, a former IS militant based in Gaza, told Breitbart Jerusalem that the punishment is in keeping with Sharia law. “Even though the Sharia doesn’t mention throwing people off rooftops, the sages have ruled that it amounts to necessary deterrence,” he said. “People need to know that if they violate Sharia law, they will end their lives as sinners.”

“All monotheistic religions ban homosexuality,” he added. “Judaism even equates it to bestiality. It’s not specific to Islam. Homosexuality is a very dangerous disease, because it’s part of a growing trend that sees homosexuality as a choice and a tendency. We have nothing against choices and tendencies, as long as they don’t violate the decrees of the Almighty. Legitimizing homosexuality is a tool used by the enemies of our nation to undermine our values, morale and motivation to fight a holy war against infidels. Muslims should take advantage of the fact that homosexuality has become an epidemic among the infidel Crusaders rather than imitate them.”

“I refer those who accuse us of barbarism to Allah,” he concluded. “Allah said homosexuals should be flogged and killed. Don’t argue with us – argue with Allah. We, for our part, listen to his teachings and implement them.”