TEL AVIV – Euronews published a misleading headline that read, “Israeli troops shoot dead driver of rammed car,” referring to a Palestinian terrorist who drove his vehicle  into three soldiers in the West Bank on Tuesday evening.

You can see the original version below: 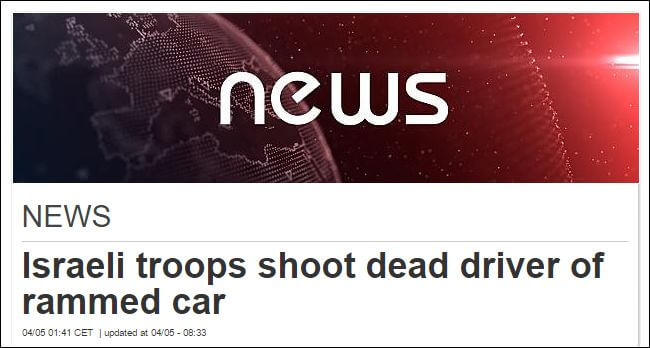 The passive use of “rammed car” negates the fact that the driver himself rammed the car with the intention of killing or injuring the soldiers. Furthermore, the headline turns the perpetrator into a victim by explicitly stating that the driver was shot dead by Israeli troops.

The amended headline still makes no mention of the driver being a terrorist.

The attack, which wounded the three soldiers – one of them seriously – is the first ramming attack in several weeks.