TEL AVIV – A cartoon on a Fatah-owned Palestinian TV station shown in honor of Ramadan features Jews fighting alongside the devil against Muslims and the prophet Muhammad.

Jews are depicted as agents of Satan who do his evil work on earth. In one of the cartoon series’ episodes, three Jews conspire to fight Muhammad. They are drawn using anti-Semitic tropes, including large hook-noses and beards. Satan, viewers are told, knows “the burning hate and loathing of Muhammad and his supporters fills the hearts of the Jews.” 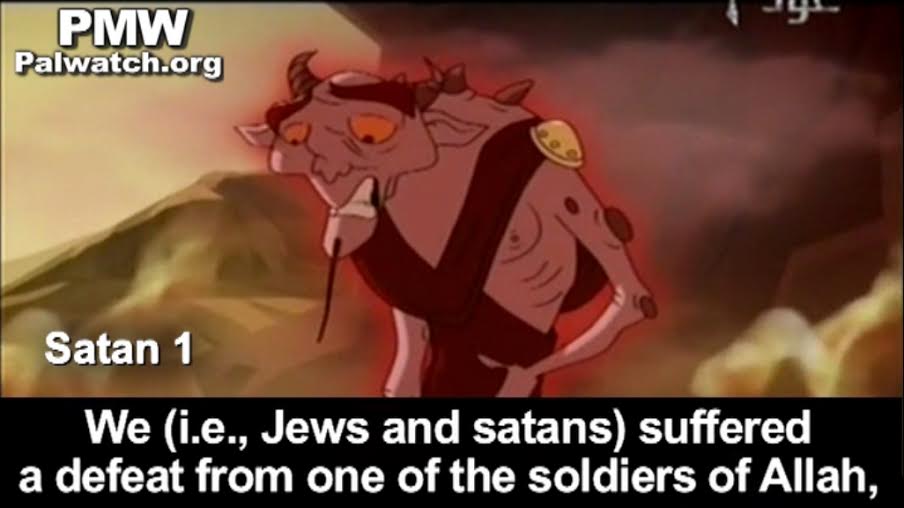 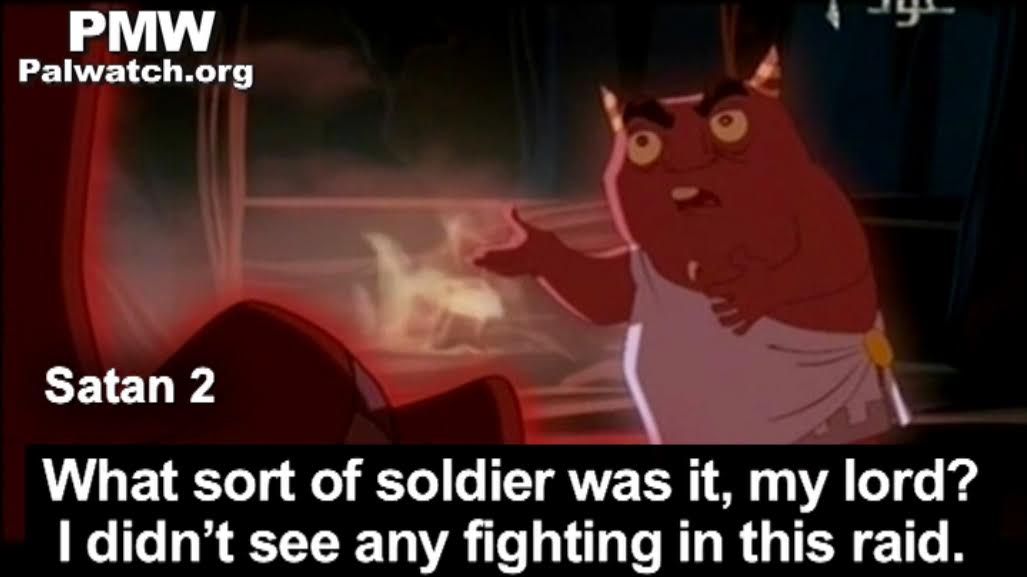 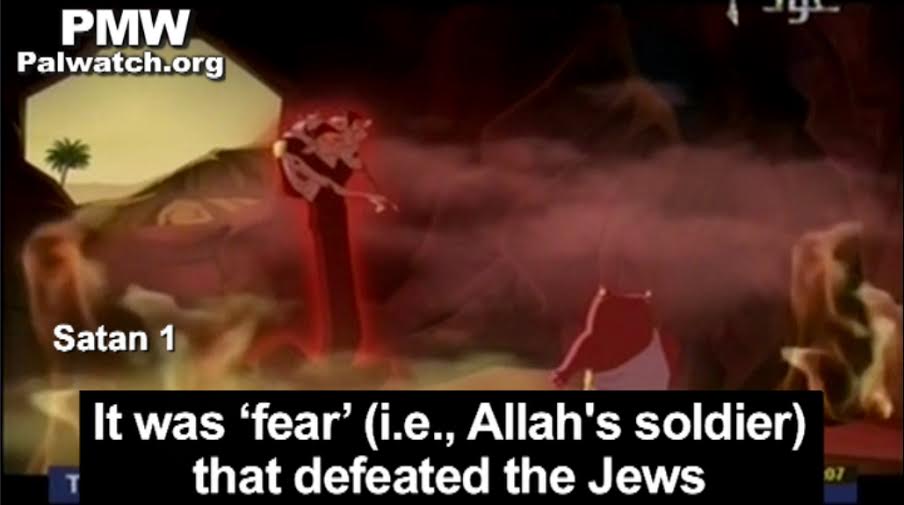 The third episode includes an explanation that Muhammad and his men are preparing to defend themselves against the Jewish Kuraysh tribe, even though the tribe has a treaty with Muhammad.

“Since when do Jews keep their treaties?” a character asks. 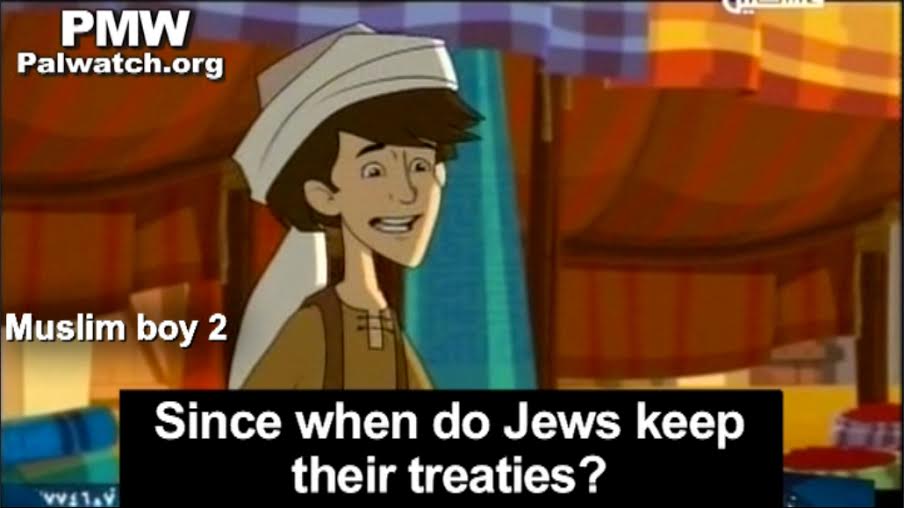 Another adviser to Abbas, Sultan Abu al-Einein, publicly declared on TV last month: “Wherever you find an Israeli, slit his throat.”