JERUSALEM — President Donald Trump on Monday visited the Western Wall and the Church of the Holy Sepulcher in Jerusalem as part of his 24-hour tour here in Israel.

The church, believed to be the place of Jesus’s crucifixion, burial and resurrection, is one of the holiest sites in Christianity. Trump met outside the church with leaders of local Christian denominations before going inside for a private tour closed to the news media.

Afterwards, Trump went to the nearby Western Wall where he became the first sitting U.S. president to visit the Jewish holy site. The Western Wall is part of an ancient retaining wall erected around the Jewish Temple.  The Temple Mount, site of the first and second Jewish Temples, is considered the holiest site in Judaism. 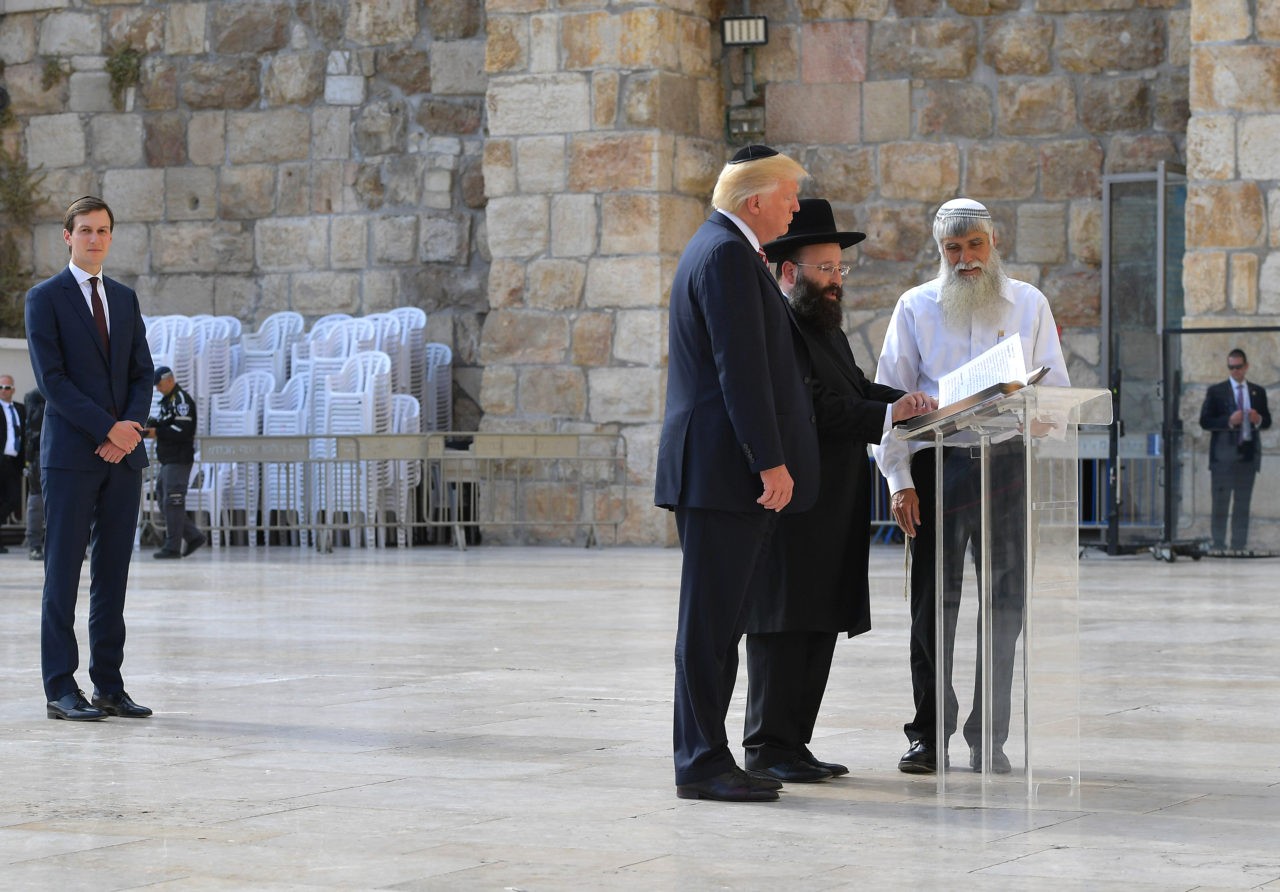 US President Donald Trump listens to Rabbi Shmuel Rabinovitch (C) during a visit to the Western Wall, the holiest site where Jews can pray, in Jerusalem’s Old City on May 22, 2017. On the left is Trump’s son-in-law and senior advisor Jared Kushner. (AFP PHOTO / MANDEL NGAN) 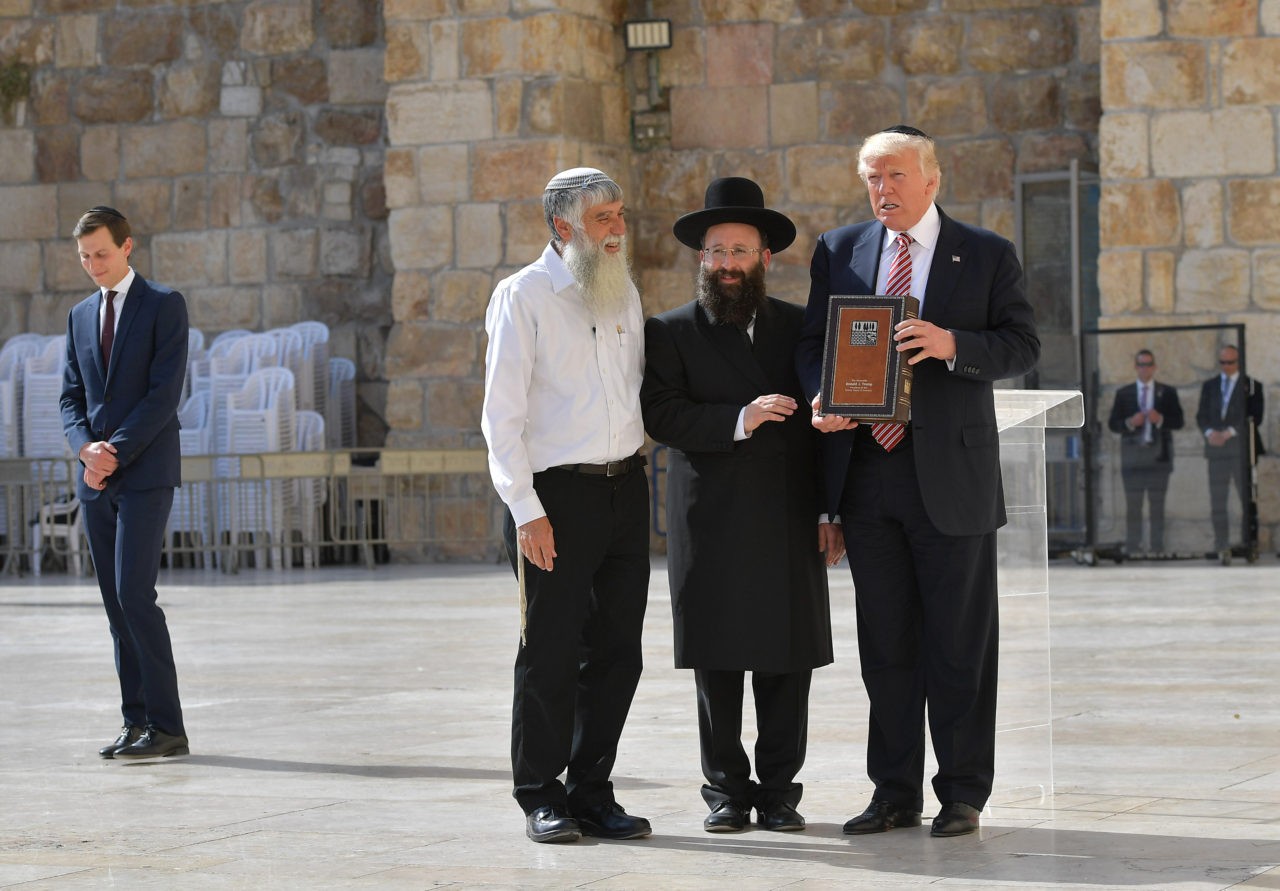 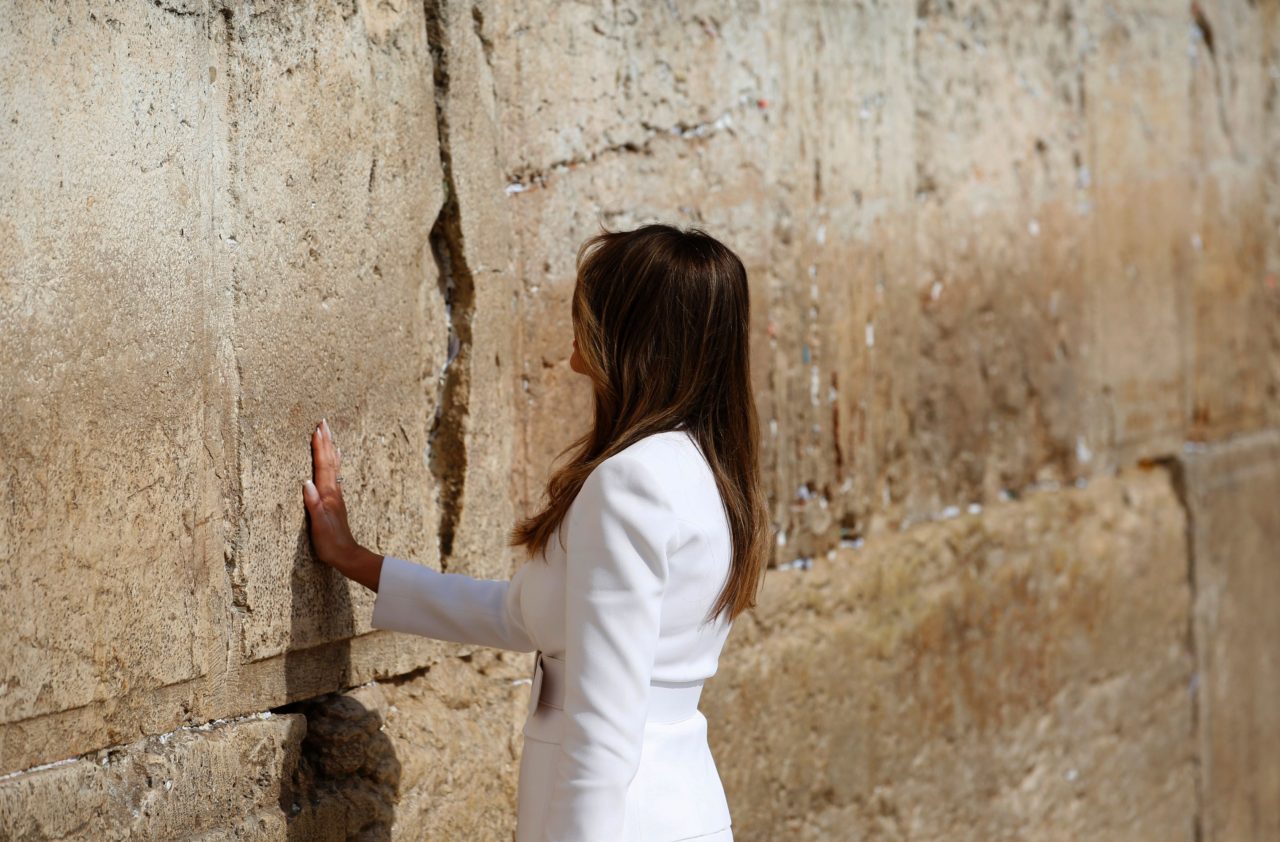 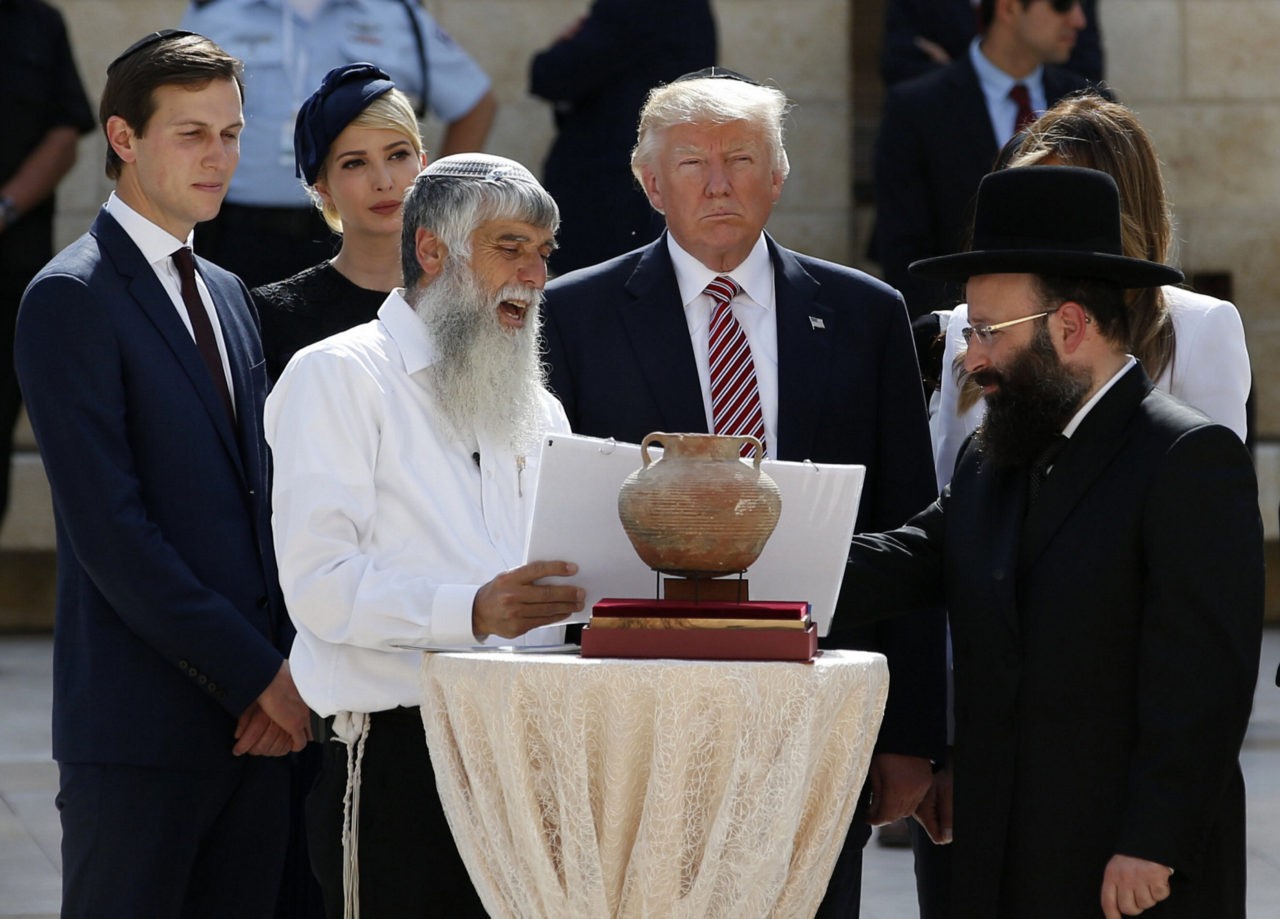 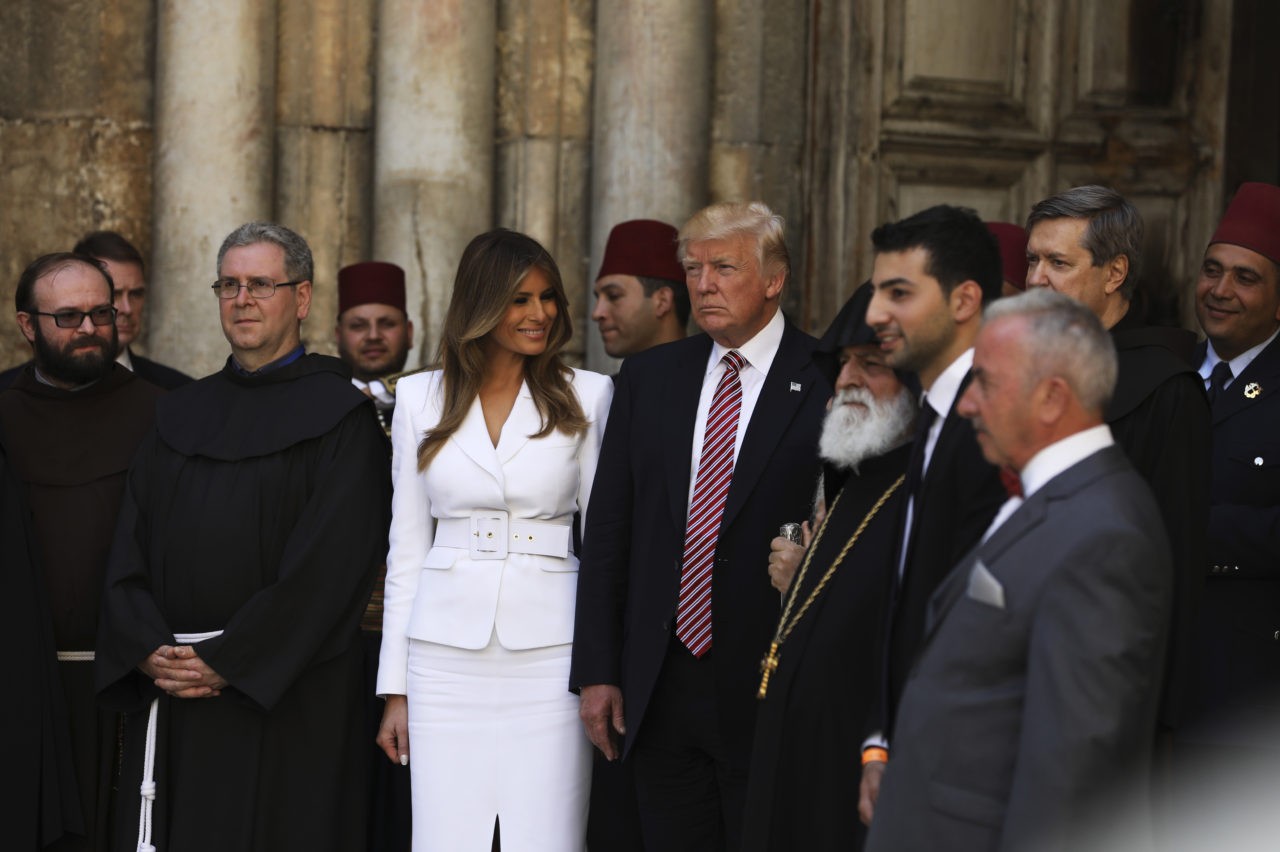 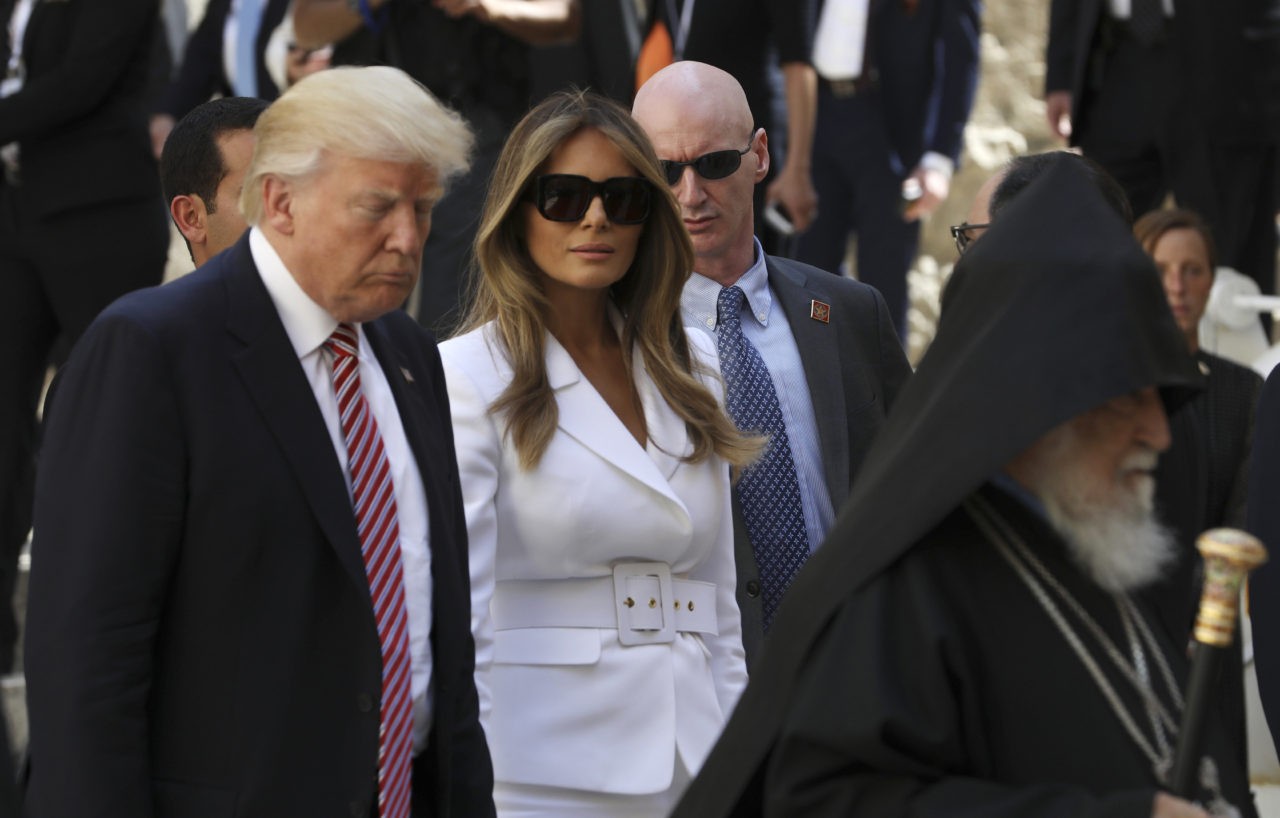 Trump toured the holy sites after a red carpet ceremony at Ben Gurion International Airport near Tel Aviv and a meeting with Israeli President Reuven Rivlin at the president’s residence in Jerusalem.

Trump is headed next to a private social dinner with Prime Minister Benjamin Netanyahu.

On Tuesday, Trump’s schedule includes a meeting with Palestinian Authority President Mahmoud Abbas in Bethlehem and then a wreath-laying ceremony at Israel’s Yad Vashem Holocaust memorial.  Trump will then give a speech at the Israel Museum in Jerusalem before departing the country for the Vatican.

Trump is here in Jerusalem on Jerusalem Day, a national holiday that marks Israel’s reunification of Jerusalem after the 1967 Six Day War and the establishment of Israeli sovereignty over the eastern sections of the city, which include the Old City, Western Wall and Temple Mount.

Many will be watching to see if Trump uses the visit to announce that he is moving the U.S. embassy from the beach in Tel Aviv to Jerusalem, although reports put that as unlikely.

Israel officially annexed Jerusalem in 1980 in a move not recognized by the international community because the Palestinians claim eastern sections of the city for a future Palestinian capital despite their never having had a state or entity in those areas.

Current U.S. law does not officially recognize Israeli control over the eastern sections of the city, going so far as to prevent American citizens born in Jerusalem from listing “Israel” as their country of birth. All eyes will be on Trump to see if he makes any declarations regarding Israel’s status in Jerusalem.