The finishing garnish was a dessert served on a silhouette of both leaders.

Segev, the owner of several restaurants, said the meal was by inspired by “peace, love and gold.”

The diners kicked off their kosher meal with a watermelon-based cocktail and hors d’oeuvres, followed by a first course that paid homage to Trump’s favorite food “taste of America” — sliders with rice and kale chips, which in an Israeli twist included ketchup made from beets and aoili mustard on the side. 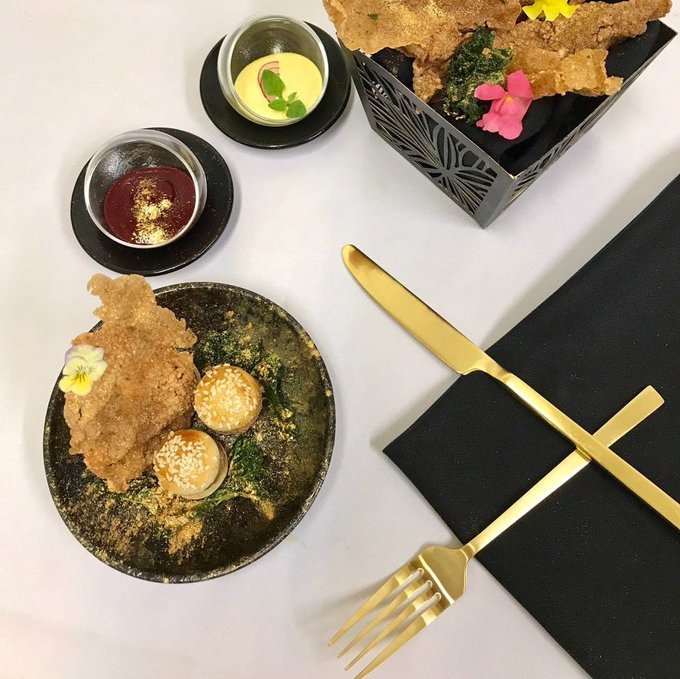 The intermediate course, dubbed “the road to peace,” comprised caramelized salmon fillet in a miso sauce.

The main course, which Segev called “lifting up the world,” was followed by a range of desserts flecked with gold.

The confection with Trump and Netanyahu’s profile was called “the big apple” and included apple pie, chocolate souffle with gold leaf and the traditional Middle Eastern dessert malabi. 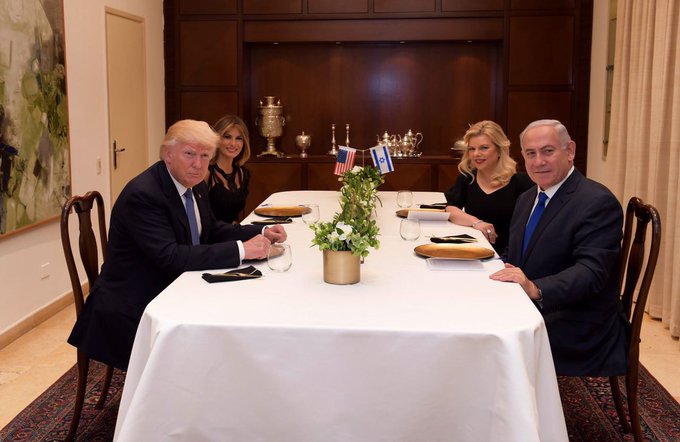 Segev posted a picture on his Facebook page with the leaders, as well as Netanyahu’s eldest son Yair, writing that it was  “one of the most moving days of my life.”

“It was important for the Netanyahus that the Trumps feel at home,” said the chef, “and indeed, there was a warm and pleasant atmosphere around the table.”