(AFP) ROME, Italy — A wreath of flowers, presented by Lazio president Claudio Lotito to Rome’s synagogue to apologize after photos of Anne Frank in a Roma jersey were posted during a football game, was recovered from the Tiber river on Wednesday.

The blue and white wreath — the colors of the Rome club — disappeared early Wednesday morning from the entrance to the synagogue in the Italian capital.

Lotito paid a visit to the Rome synagogue on Tuesday, bringing the floral wreath to remember all victims of anti-Semitism. 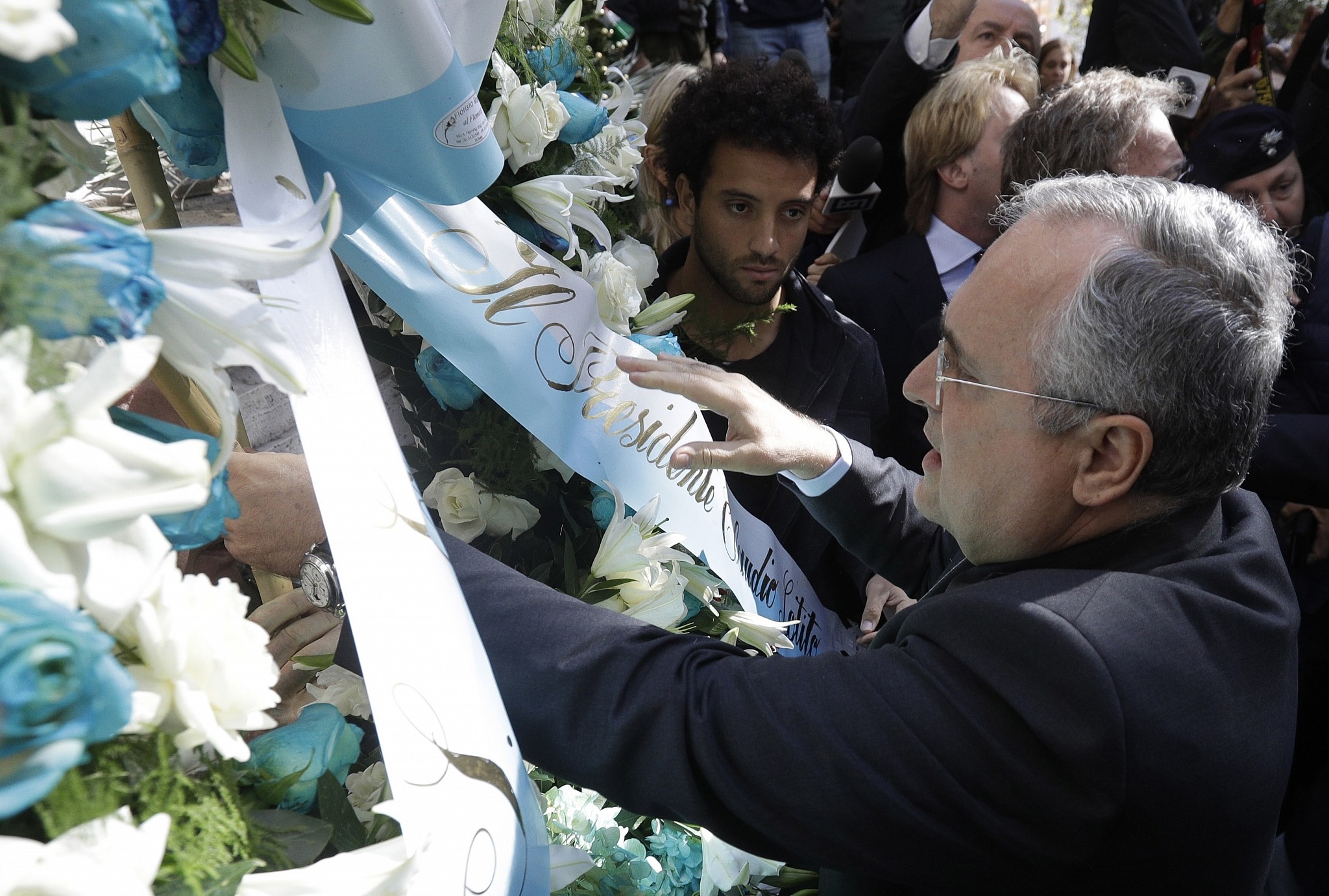 It followed indignation after Lazio fans defaced the Stadio Olimpico — which they share with rivals Roma — during Sunday’s league game against Cagliari with anti-Semitic slogans and stickers showing images of Frank wearing a Roma jersey.

It is believed the flowers were flung into the Tiber by youngsters from the Jewish community angered by Lotito’s note, “You have Jewish brothers,” according to Corriere della Sera newspaper.

During his visit Lotito also announced that the club would bring 200 young fans to Auschwitz — the Nazi concentration camp where Jewish teenager Frank was first deported before dying in Bergen-Belsen in 1945 — every year.

It rekindled a controversy from four years ago when offensive stickers appeared across the Italian capital in December 2013 showing Frank wearing a Roma jersey.