The first two astronauts have been selected by the United Arab Emirates (UAE) to ready for a mission to the International Space Station, Dubai’s ruler said Monday.

Writing on Twitter, he said the duo “raise the bar of ambitions for future Emirati generations.”

We announced today our first astronauts to the International Space Station: Hazza Al Mansouri and Sultan Al Nayadi. Hazza and Sultan represent all young Arabs and represent the pinnacle of the UAE’s ambitions.

Congratulations to the people and youth of the Emirates pic.twitter.com/UNqRXdtsjS

The amibitous plan follows last year’s announcement that the UAE is keen to colonize Mars.

The aim is contained in a statement titled the “Mars 2117 Project” which at its final stage involves building the first habitable human settlement on the red planet by 2117.

Sheikh Mohammed bin Rashed al-Maktoum, the Emir of Dubai and vice president and prime minister of the UAE, has previously said that deep space was a natural destination for his country and its scientific endeavours.

“Human ambitions have no limits, and whoever looks into the scientific breakthroughs in the current century believes that human abilities can realise the most important human dream,” Sheikh Mohammed said. 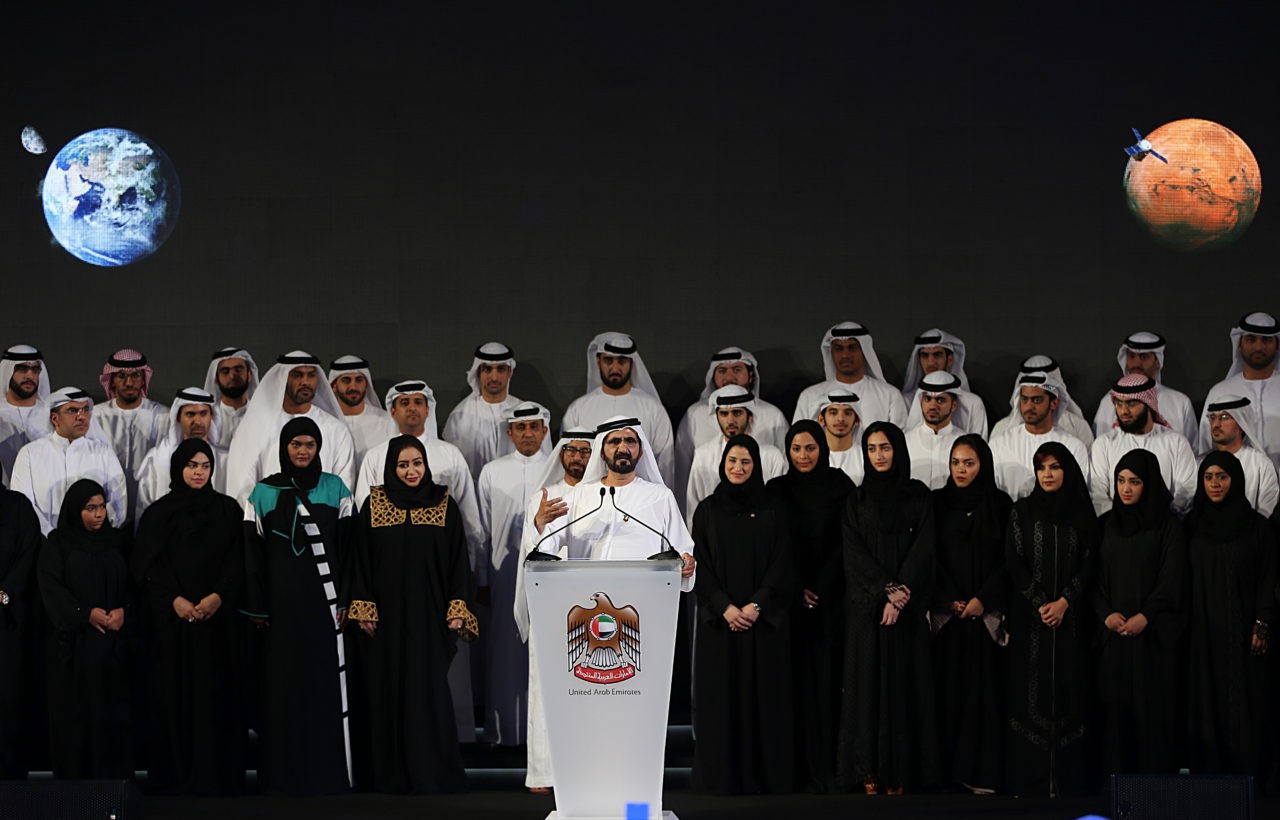 Dubai ruler Sheikh Mohammed bin Rashid Al Maktoum, center, announces a United Arab Emirates’ Mars mission named “Hope”  or “al-Amal” in Arabic  which is scheduled be launched in 2020, during a ceremony in Dubai, UAE. It would be the Arab world’s first space probe to Mars and will take seven to nine months to reach the red planet, arriving in 2021.  (AP Photo/Kamran Jebreili)

“The new project is a seed that we plant today, and we expect future generations to reap the benefits, driven by its passion to learn to unveil a new knowledge. The landing of people on other planets has been a longtime dream for humans. Our aim is that the UAE will spearhead international efforts to make this dream a reality.”

Mansouri and Neyadi, who were among more than 4,000 Emiratis to apply for the programme, were chosen after a rigorous six-stage vetting procedure.