TEL AVIV – New images show the decimation of a weapons factory in Syria by an Israeli strike following the downing of a Russian plane that killed 15 crew members.

On Wednesday, Syria released footage from the raid on Latakia, accompanied by the claim that Israel hit an aluminium factory, not a weapons warehouse.

Israel said the munitions warehouse was manufacturing “accurate and lethal weapons,” which were “about to be transferred, on behalf of Iran, to Hezbollah in Lebanon,” according to a statement from the IDF. 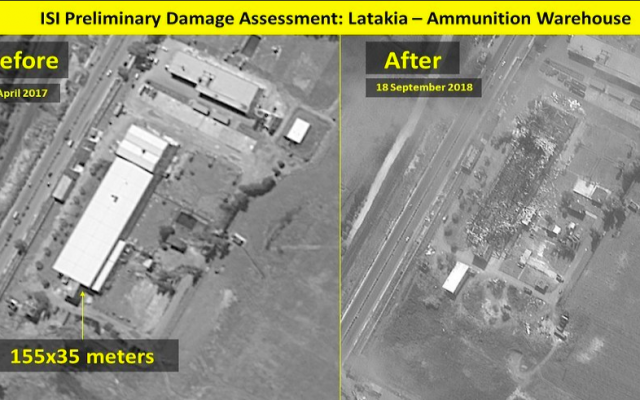 On Monday, Syrian air defenses accidentally shot down a Russian military reconnaissance jet. Russia’s defense ministry initially put the blame on Israel, but Russian President Vladimir Putin later said that the incident was the result of a “chain of tragic accidental circumstances.”

According to Syrian media, Syrian soldiers were detained and interrogated over the downing of the plane, but Israel’s Channel 2 reported that the soldiers were arrested by Russia’s military police force.

Israeli satellite company ImageSat International also released pictures of the remains of a Boeing 747 aircraft at Damascus airport that was said to have been obliterated by Israel on Saturday.

In a call with Putin, Netanyahu “noted the importance of the continued security coordination between Israel and Syria that has managed to prevent many casualties on both sides in the last three years,” a statement from his office said.

The Russian leader urged Netanyahu “not to allow such situations in the future.” 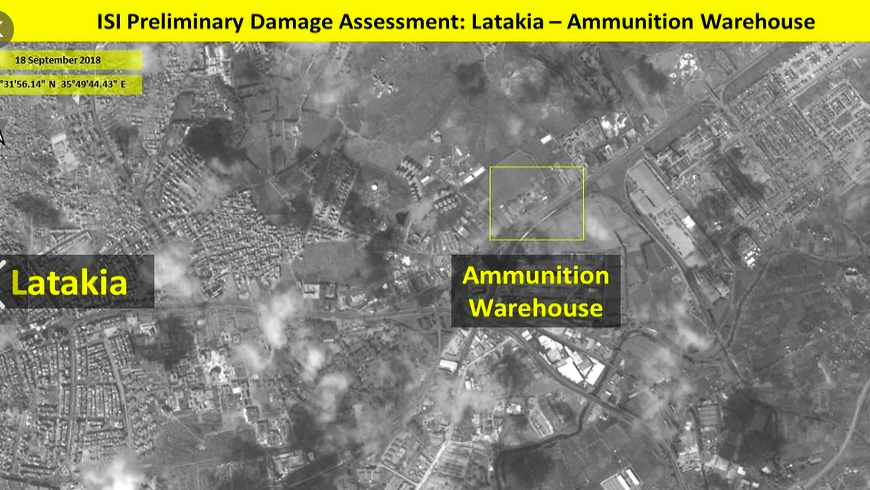 Netanyahu said that Israel would do everything in its power to prevent Iranian military entrenchment in Syria.

The Israeli army on Tuesday took responsibility for the airstrike the previous night, but said it had nothing to do with the downing of the Russian plane, noting that the plane “was not within the area of the operation.” The IDF further expressed sorrow for the killing of the Russian crew, and said that Syria, Iran and Hezbollah were to blame for their deaths.

“Israel expresses sorrow for the death of the aircrew members of the Russian plane that was downed tonight due to Syrian anti-aircraft fire,” the IDF said. “The Syrian anti-air batteries fired indiscriminately and, from what we understand, did not bother to ensure that no Russian planes were in the air.”

“These weapons were meant to attack Israel, and posed an intolerable threat against it,” the army added.

The military also said it would “share all the relevant information with the Russian government to review the incident and to confirm the facts in this inquiry.”