Iranian President Hassan Rouhani used an address at an Army Day parade in Tehran on Thursday to call on “righteous” Muslim countries across the Middle East to unite against Israel and the United States.

In urging neighbouring countries to “drive back Zionism”, the Islamic republic’s leader said the U.S. and its ally Israel were the root cause of all the troubled region’s problems.

“The region’s nations have lived alongside each other for centuries and never had a problem… If there is a problem, it is caused by others,” he said in the speech broadcast live on state television. “Let us stand together, be together and rid the region of the aggressor’s presence.”

Rouhani assured neighbouring countries that Iran’s armed forces are “never against you or your national interests” but are “standing against the aggressors.”

“The power of our armed forces is the power of the region’s countries, the Islamic world”, he said. “If we have a problem in the region today, its roots are either with Zionism or America’s arrogance.”

Rouhani said Muslim nations must band together and “restore the historical right of the nation of Palestine,” saying that “Zionism … has been committing crimes in the region for the past 70 years”,

“The final victory will surely be with the righteous,” he said. 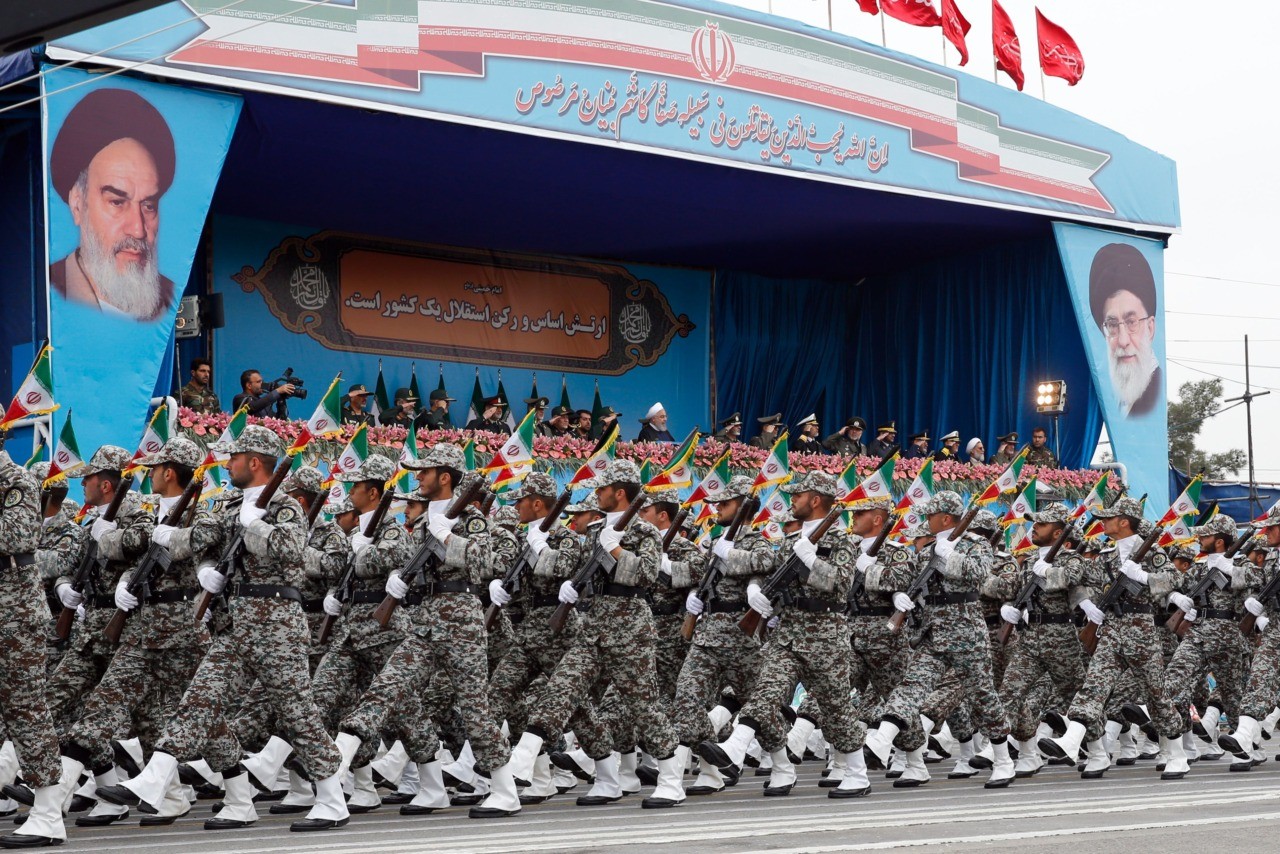 Stirring exhortations against Israel are standard fare of official speeches in Iran, although some, such as a call by Rouhani’s predecessor Mahmoud Ahmadinejad for Israel to be “wiped off the map”, have triggered international condemnation.

For his part, Rouhani has previously called Israel a “cancerous tumour”, and urged Muslim governments to unite against it and its U.S. ally.

Last month he urged Iranians to put a curse on the U.S., Israel and Saudi Arabia, reiterating his long-standing charge that the U.S. and its allies are solely responsible for the country’s ailing economy.

“Put all your curses on those who created the current situation,” Rouhani said, adding that “the United States, the Zionists” and Saudi Arabia were to blame for the country’s ills. He didn’t say what kind of curses the Iranians should invoke.

The U.S. plan, Rouhani claimed, was to “dominate” the Iranian nation, “something Washington will not achieve.”

Last week, Washington placed Iran’s Islamic Revolutionary Guards on its blacklist of “foreign terrorist organisations,” the first time it had imposed the sanction on a military arm of a foreign government.

“Today, I am formally announcing my Administration’s plan to designate Iran’s Islamic Revolutionary Guard Corps (IRGC), including its Qods Force, as a Foreign Terrorist Organization (FTO) under Section 219 of the Immigration and Nationality Act,” says @POTUS in statement. pic.twitter.com/ovitdZq5Fi