(AFP) — Iran’s foreign minister on Wednesday proposed a prisoner swap for a British-Iranian mother detained in Tehran, saying the United States should drop charges against an Iranian woman it is seeking in Australia.

Britain has been trying unsuccessfully to free Nazanin Zaghari-Ratcliffe, a dual national who worked for the Thomson Reuters Foundation and was arrested in 2016.

Iran’s Foreign Minister Mohammad Javad Zarif drew a parallel to Negar Ghodskani, an Iranian woman who was arrested by Australia in 2017 and separated from her newborn child as the United States asks for her extradition.

“We hear about Nazanin Zaghari and her child and I feel sorry for them and I’ve done my best to help,” Zarif said at the Asia Society in New York, where he was participating in a UN session.

“But nobody talks about this lady in Australia who gave birth to a child in prison, whose child is growing up outside prison with the mother in prison,” he said.

“I put this offer on the table publicly now — exchange them,” he said.

While likening the cases of the two women, Zarif proposed a broader exchange for Iranians held or sought by the United States. 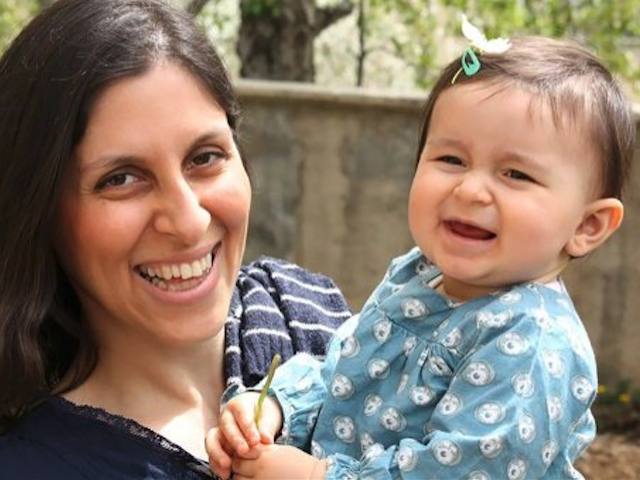 “I’m ready to do it. I have authority to do it,” said Zarif, who has frequently insisted that Iran’s judiciary is independent when asked about controversial detentions.

Zaghari-Ratcliffe’s family said she was visiting Iran to see relatives for the Persian New Year with her toddler daughter when she was arrested in 2016.

Iranian authorities accused her of plotting against the government and handed her a five-year jail sentence for sedition, with her daughter in the care of Iranian grandparents.

Britain has taken the unusual step of granting her diplomatic protection in a bid to free her.

Ghodskani, a legal resident of Australia, was arrested after US prosecutors said she sought US digital communications technology by presenting herself as an employee of a Malaysian company.

US prosecutors said she in fact was sending the technology to Iranian company Fanamoj, which works in public broadcasting.

Under sweeping sanctions the United States has imposed to squeeze the clerical regime, Fanamoj has been targeted for alleged links with the country’s missile program.

According to an article last year in the Australian newspaper, a counsel for the United States said Ghodskani was allowed to see her baby two hours a day on weekdays and 80 minutes a day on weekends.