Images released by the U.S. Air Force’s Central Command show B-52H Stratofortress bombers on the ground at Al Udeid Air Base in Qatar.

Others landed at an undisclosed location late Wednesday in “southwest Asia,” the Air Force said. The U.S. military in the past has described its presence at both the Al Dhafra Air Base in the United Arab Emirates and Al Udeid as “southwest Asia.”

The Air Force identified the aircraft as coming from the 20th Bomb Squadron of Barksdale Air Force Base in Louisiana.

The forward deployment of U.S. air assets comes in the wake of the White House announcement Sunday it would send the USS Abraham Lincoln aircraft carrier strike group and the B-52 bombers into the Persian Gulf to counter Tehran. The Lincoln on Thursday passed through the Suez Canal on its way to the Persian Gulf. 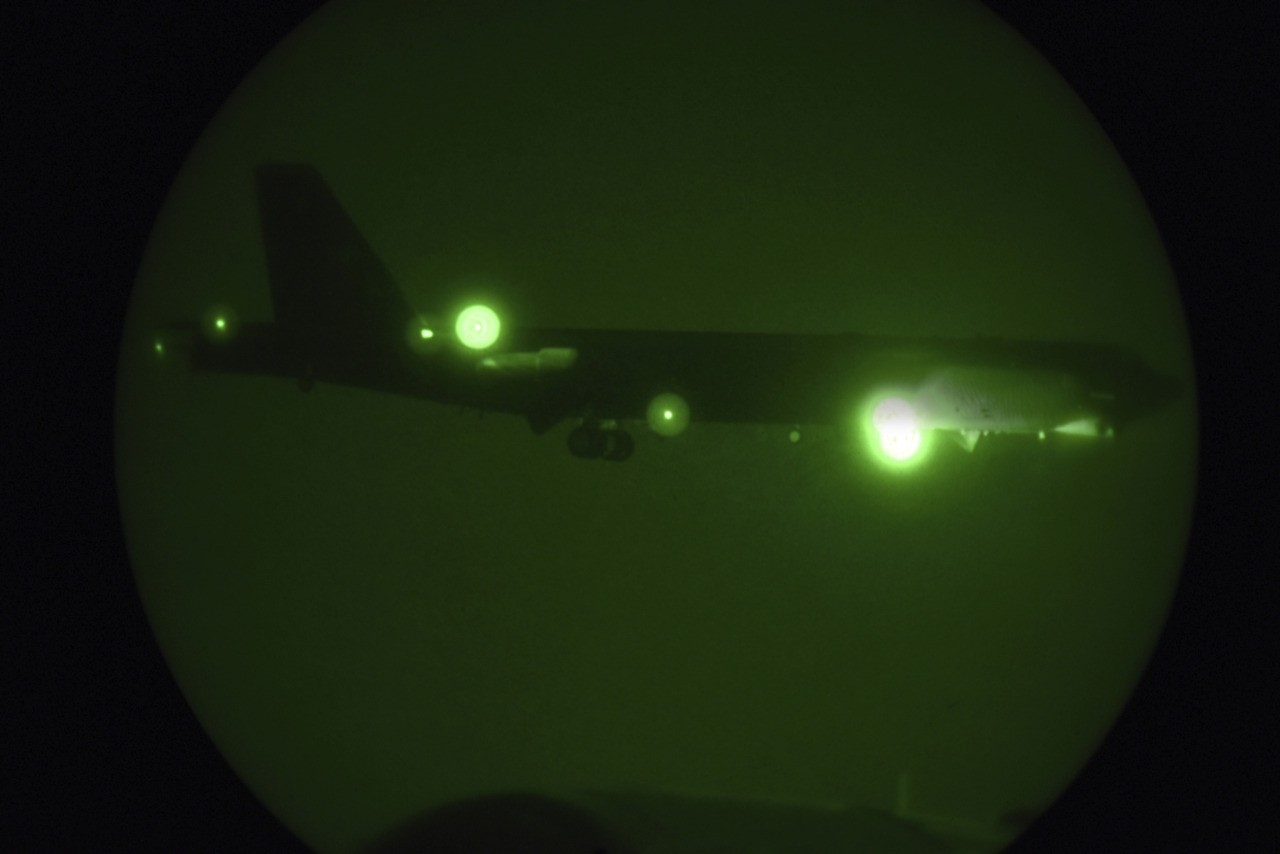 In this Thursday, May 9, 2019 photo released by the U.S. Air Force, a B-52H Stratofortress assigned to the 20th Expeditionary Bomb Squadron is seen through night vision coming in for a landing at Al Udeid Air Base, Qatar. The B-52 bombers ordered by the White House to deploy to the Persian Gulf to counter unspecified threats from Iran are beginning to arrive at a major American air base in Qatar. (Staff Sgt. Ashley Gardner/U.S. Air Force via AP)

“The deployment of the USS Abraham Lincoln Carrier Strike Group and a bomber task force are considered a prudent step in response to indications of heightened Iranian readiness to conduct offensive operations against US forces and our interests,” acting Pentagon spokesman Charles Summers said in a statement.

“We emphasize the White House statement that we do not seek war with the Iranian regime, but we will defend US personnel, our allies and our interests in the region.”

The administration of President Donald Trump has not outlined specific details of the threat allegedly presented by Iran.