A 93-year-old former Nazi concentration camp guard was convicted Thursday for his part in helping to murder 5,232 prisoners, many Jewish, and handed a suspended two-year sentence in one of the last cases against World War II Nazi-era crimes.

Bruno D., who had been an SS guard in the Stutthof concentration camp near Gdansk in what is today Poland, was guilty of being involved in killings between August 1944 and April 1945, the Hamburg court said on Thursday.

Reuters reports he had acknowledged his presence at the camp but argued that did not amount to guilt.

In his final testimony to the court earlier this week, Bruno D. apologised for the suffering victims went through but stopped short of taking responsibility, German media reported.

“I would like to apologise to all the people who have gone through this hell of insanity and to their relatives and survivors,” he told the court this week, broadcaster NDR and many other media outlets reported. 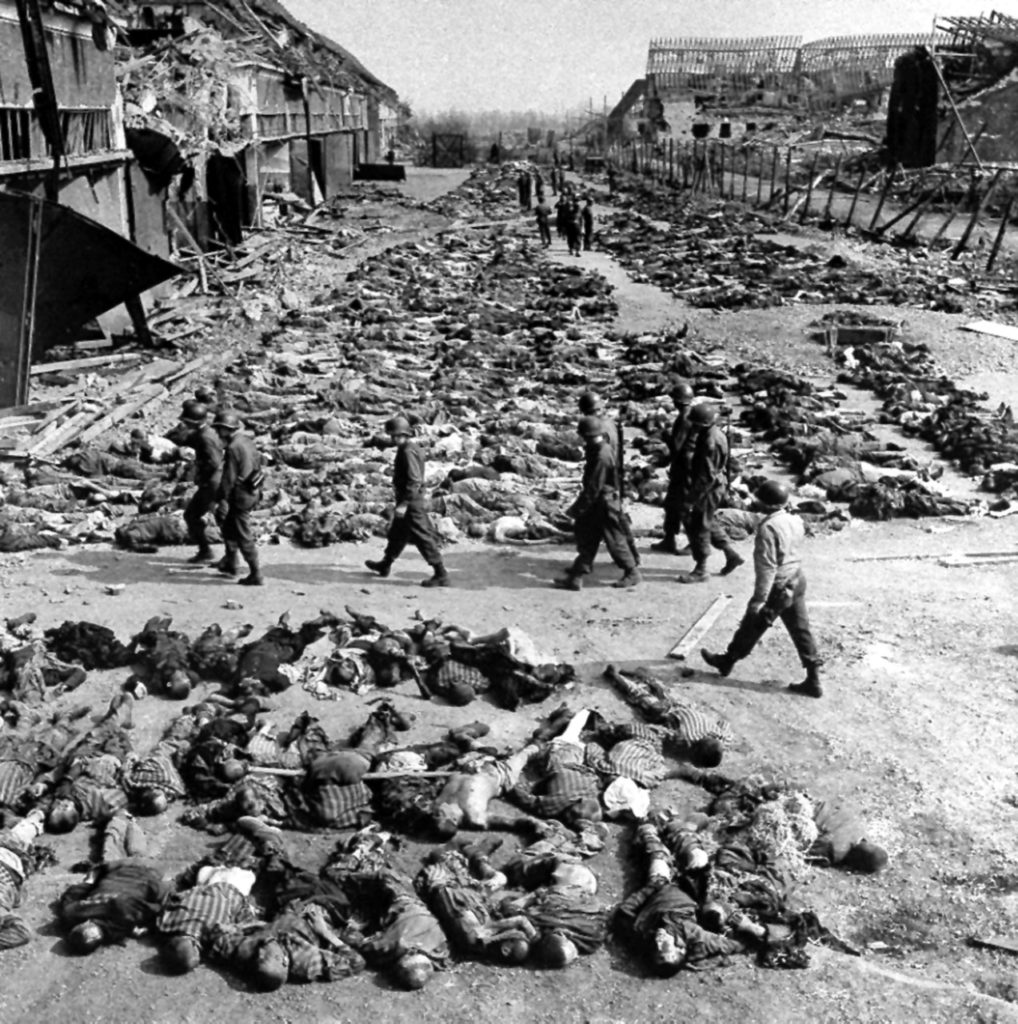 In this image provided by the U.S. Army Signal Corps, American soldiers walk by row after row of corpses lying on the ground beside barracks at the Nazi concentration camp at Nordhausen, Germany, April 17, 1945. The camp is located about 70 miles west of Leipzig. As the camp was liberated on April 12, the U.S. Army found more than 3000 unburied bodies, and a handful of survivors. (AP Photo/U.S. Army Signal Corps)

The defendant’s frail health has meant that court sessions were limited to two to three hours per day.

As Breitbart News reported, prosecutors alleged the man, who was aged 17-18 at the time, was “a little wheel in the machinery of murder” which saw thousands of people shot dead, poisoned or starved toward the end of the Second World War.

Despite his advanced years, the accused was tried by a juvenile court in Hamburg, because he was 17 when he first worked at the Stutthof camp, near what was then Danzig, now Gdansk in Poland.

Germany has been racing to put on trial surviving concentration camp personnel, after the legal basis for prosecuting former Nazis changed in 2011 with the landmark conviction of former death camp guard John Demjanjuk.