Taxis in Israel’s most liberal city, Tel Aviv, were emblazoned with the slogan “Thank you, Trump” Thursday, as part of a campaign by the Republicans in Israel group to motivate dual U.S.-Israeli citizens to vote for the U.S. president’s reelection next month.

In addition to being a message of thanks, the Hebrew language text is a double entendre that can also mean “we must acknowledge Trump,” in apparent recognition of a string of pro-Israel decisions the U.S. president has taken, from securing normalization deals with two Gulf states to moving the embassy from Tel Aviv to Jerusalem.

According to the head of Republicans in Israel Marc Zell, the decision to run the campaign in Tel Aviv, a bastion of liberal progressive Israel, was deliberate.

“It’s an important statement. We want to say that we Trump supporters are everywhere, including good old liberal Tel Aviv,” Zell told Breitbart News, adding that locals cheered his team on as they were affixing the Trump ads on the taxis.

According to Zell, some 300,000 U.S. citizens eligible to vote currently live in Israel, making it one of the larger ex-pat communities in the world. Of these, he estimated that some 80 percent vote Republican.

He added, however, that many of them were choosing this election round to vote for the first time.

“People coming out of woodwork to vote,” he said. “I’ve been doing this for thirty years and I’ve never seen anything like it.” 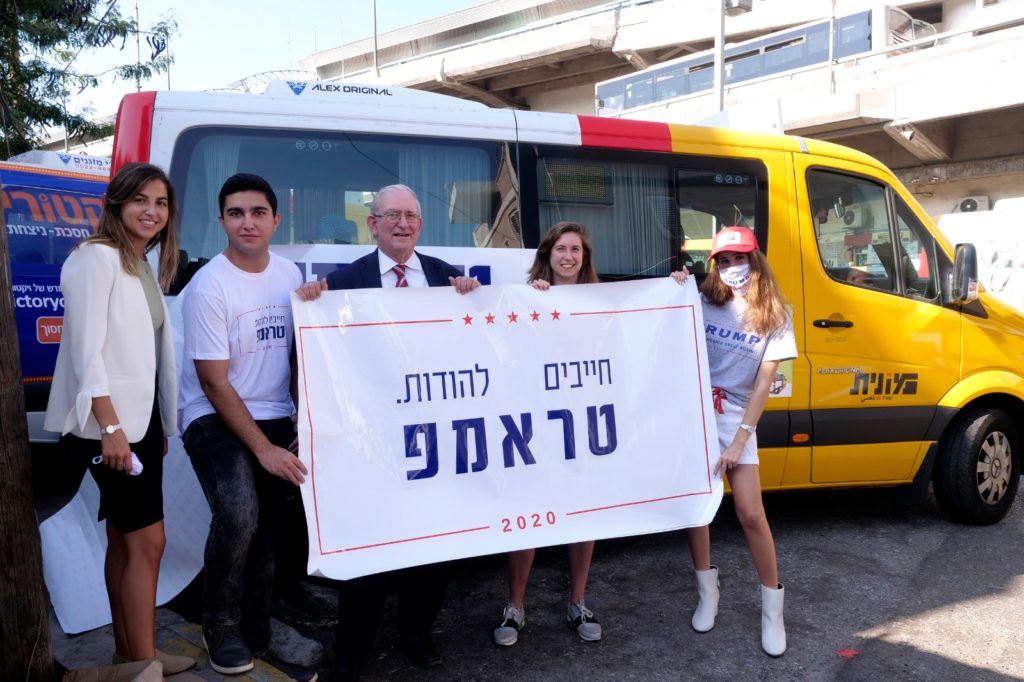 Zell said there were two main reasons for it.

“The first is hakarat hatov,” Zell said, using the Hebrew term for gratitude. “This president has done for Israel what other presidents only talked about and never did.”

The second has to do with the Democrat party and what it stands for, Zell went on.

“What Biden and the Democrats represent in this election is frightening to me. Not only what they’re going to do to Israel, which Biden has already said he’d do, like rescind the Iranian nuclear deal and restore American support for the Palestinians’ pay-for-slay program, but also in America, like raising taxes by 4 trillion dollars and opening borders,” Zell said.

According to a Pew poll released this week, 70 percent of U.S. Jews are voting for Biden.

An Israeli poll released Tuesday showed the majority of Israelis (63.3 percent) prefer the reelection of Trump, and almost half (48.2 percent) believe U.S. Jews are “mistaken” in supporting the Democratic Party.