Israel’s nationwide coronavirus vaccination campaign began on Sunday, with health officials estimating the country will be the first to vaccinate its entire at-risk population.

Prime Minister Benjamin Netanyahu became the first Israeli to receive the vaccine on Saturday evening, getting the jab on live TV.

“One small injection for a man and one giant leap for the health of us all,” Netanyahu, 71, quipped from Sheba Medical Center after receiving the shot from his personal physician. 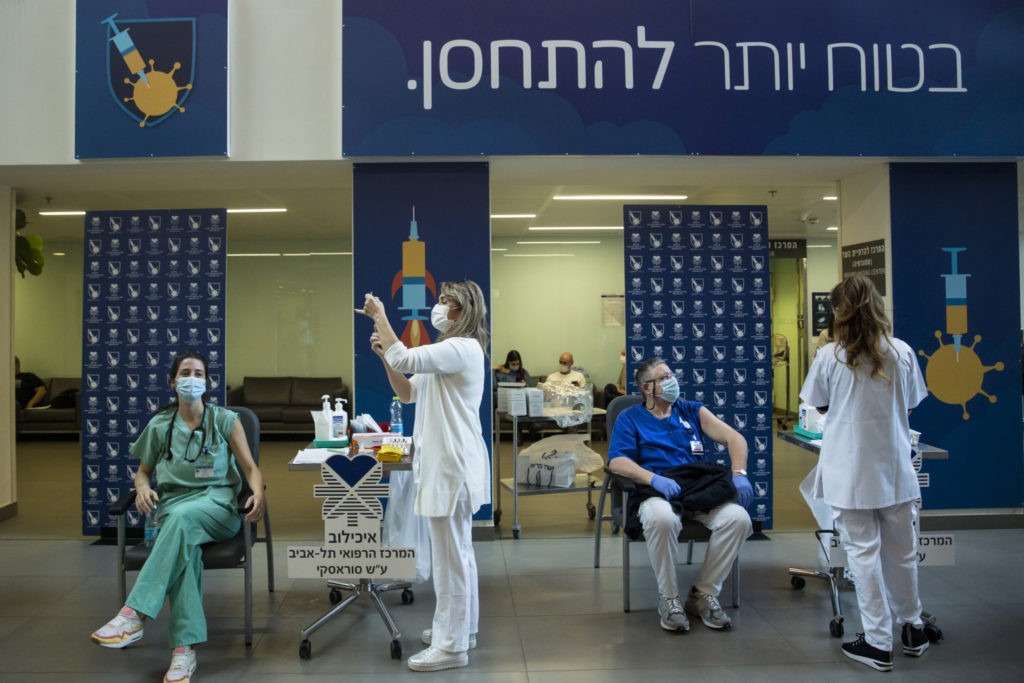 On Sunday, health care workers in health maintenance organizations and hospitals were the first group from the wider population to receive the shot. People over the age of 60 and people from high risk groups, including people with diabetes, morbid obesity, and a suppressed immune system, will begin receiving the vaccine on Monday.

Israel’s Channel 12 reported Israel may be the first country in the world to immunize its entire high-risk population. This is due in part to its size, with a population of only nine million, and a massive vaccine drive bringing a high ratio of vaccines per capita.

People with increased risk of exposure to the virus, including teachers, social workers, prisoners and prison guards, will be the next group follow, after which security personnel and IDF soldiers will receive the shot.

According to the Haaretz daily, health care workers in hospitals around the country have been highly receptive to being vaccinated, reserving all available doses within a few hours of announcing the registration.

After receiving his job, Netanyahu said he hoped Israel would be the first country to beat the pandemic.

“We are leaving the darkness of the coronavirus, at the start of the journey into a great light,” he said, apparently referencing the Jewish holiday of Hanukkah which ended on Friday.

“If everyone cooperates, sticks to the rules and goes to get vaccinated, we’ll get out of this and we could well be the first country in the world to emerge from this. Let’s do it together,” he said.