Israel celebrated the Jewish holiday of Purim over the weekend amid merriment, illegal costume parties and soaring infections. Undeterred by the public transport ban, thousands of revelers descended on Jerusalem by foot on Sunday.

Israel’s coronavirus transmission rate was once again nearing one and was expected to climb after mass gatherings over the holiday.

Following a two month nationwide lockdown, hotels, gyms and swimming pools in Israel reopened Sunday for vaccinated and recovered coronavirus patients, while other venues including museums and shopping malls reopened to all public.

However, Health Minister Yuli Edelstein on Sunday said the Purim violations could result in another shutdown.

“I want to address the handful of people who are harming us all: Leave all the partying until after the coronavirus…Instead of rejoicing with others, let us think of others,” Edelstein wrote on Twitter.

A nightly curfew on Thursday, Friday and Saturday was largely ignored and while thousands of fines were given out, it didn’t stop the deluge of parties. Purim is traditionally marked by heavy drinking, large costume parties and big meals.

Many revelers said they weren’t afraid because they were vaccinated, and as the images below reveal, they were more than happy to get out and show just how much effort they put into their costumes: 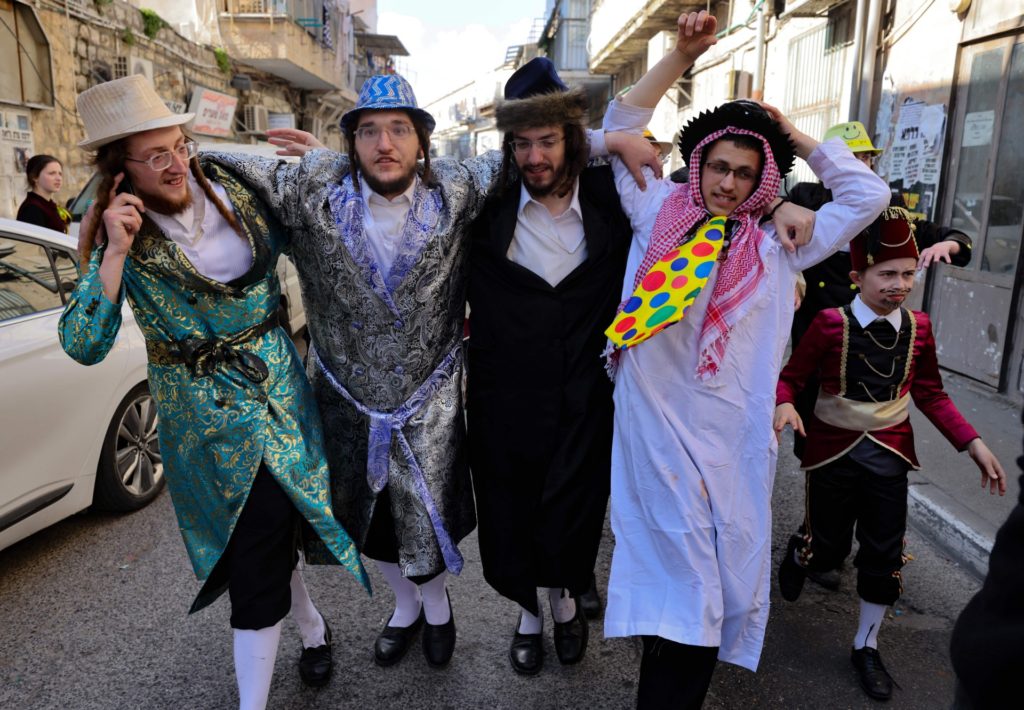 Orthodox Jewish men, dressed in costumes to celebrate Purim, are pictured in the neighbourhood of Mea Shearim in Jerusalem. (MENAHEM KAHANA/AFP via Getty Images) 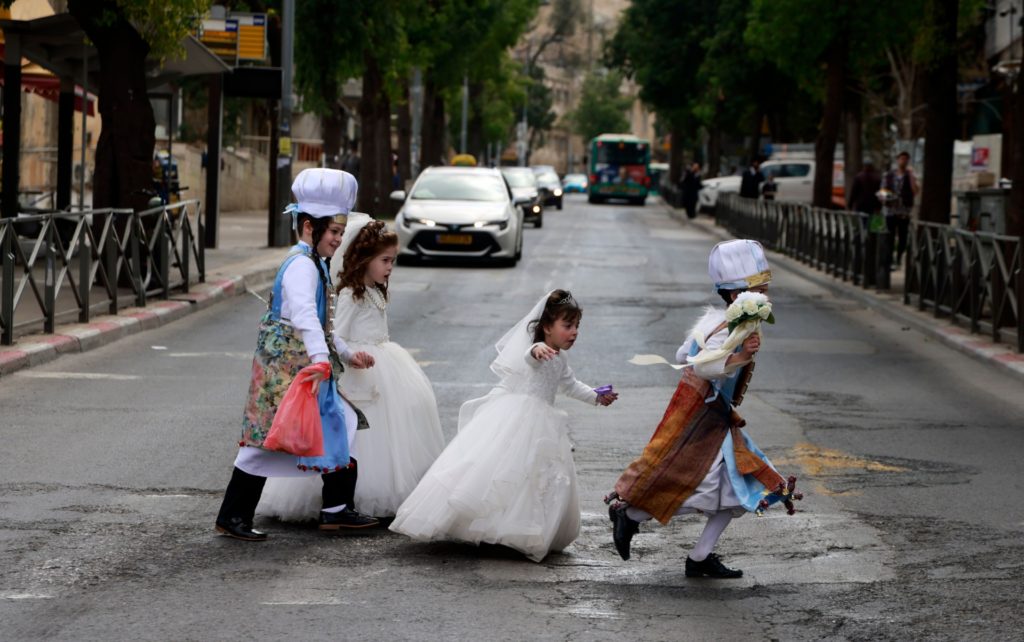 Orthodox Jewish children, dressed in costumes to celebrate Purim, cross a street in the neighbourhood of Mea Shearim in Jerusalem. (MENAHEM KAHANA/AFP via Getty Images) 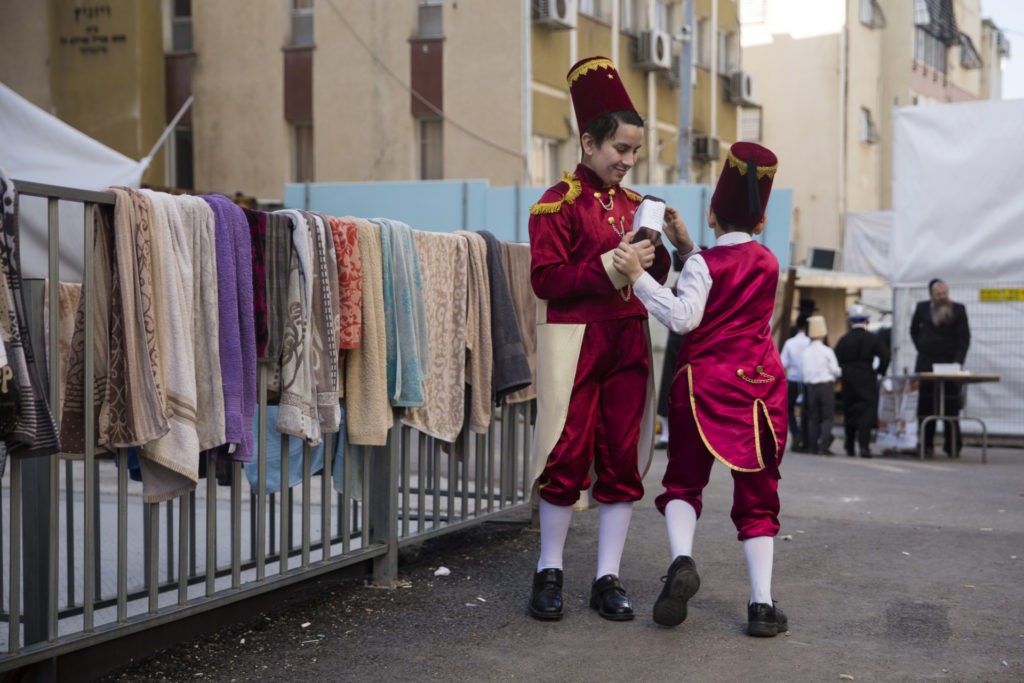 Ultra Orthodox children celebrate the holiday of Purim as they are wearing costumes in Bene Beraq, Israel. The government imposed a nightly curfew from Thursday through Sunday morning in an attempt to prevent public gatherings for the holiday, out of concern they may spark a COVID-19 resurgence. (Photo by Amir Levy/Getty Images)

More than eight million doses of the Pfizer vaccine have been administered, Edelstein said.

Close to three and a half million Israelis — out of a population of 9.2 million — have been fully vaccinated. More than four and a half have received one dose.

Edelstein warned however, that “this is not enough for a reality of violations, meetings and parties.”

“We must continue to restrain ourselves. We can reach the end of the battle.” 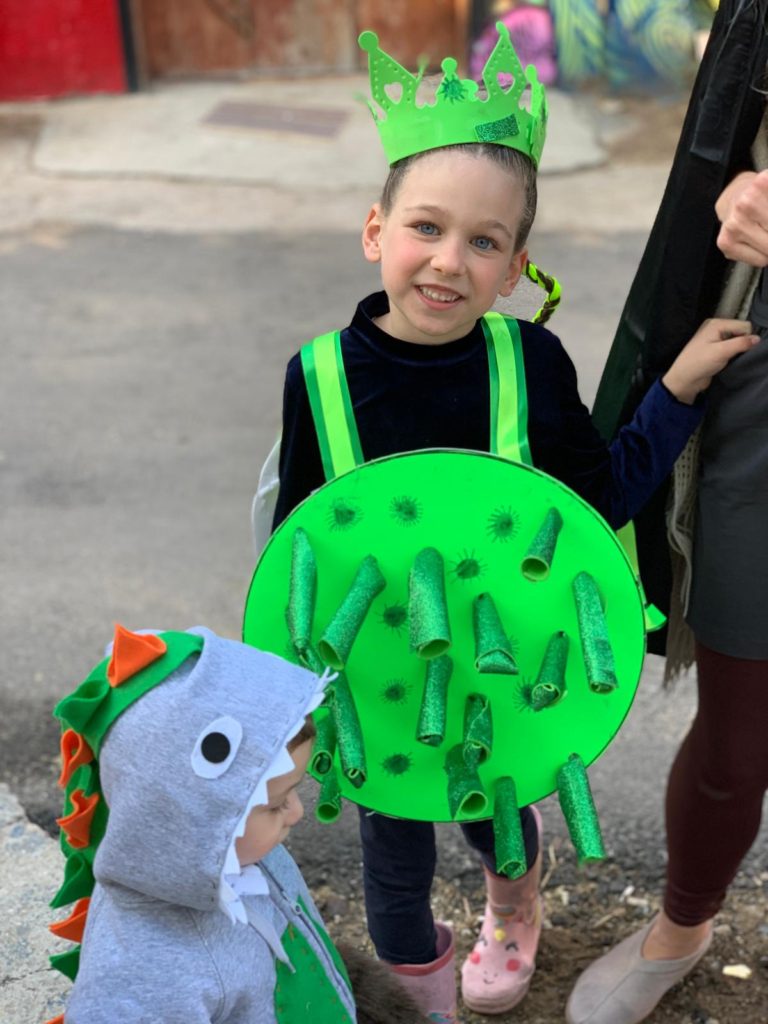 A kindergartner in Tel Aviv dresses up as the coronavirus for the Jewish holiday of Purim.