Hundreds of Ukrainians attended a neo-Nazi march celebrating Nazi SS soldiers in Kiev on Wednesday, sparking condemnation from around the world.

The Embroidery March, which was conducted legally, marked the 78th anniversary of the creation of the SS Galicia, a force set up under German occupation of predominantly Ukrainian and German volunteers who wished to take up arms for Nazi Germany.

The SS, the military branch of Hitler’s Nazi Party, was the force responsible for the Holocaust.

About 300 marchers carried the Galicia division’s lion-emblazoned banner as well as flags of the Organization of Ukrainian Nationalists. The march follows a much larger one a day before in the city of Lviv. 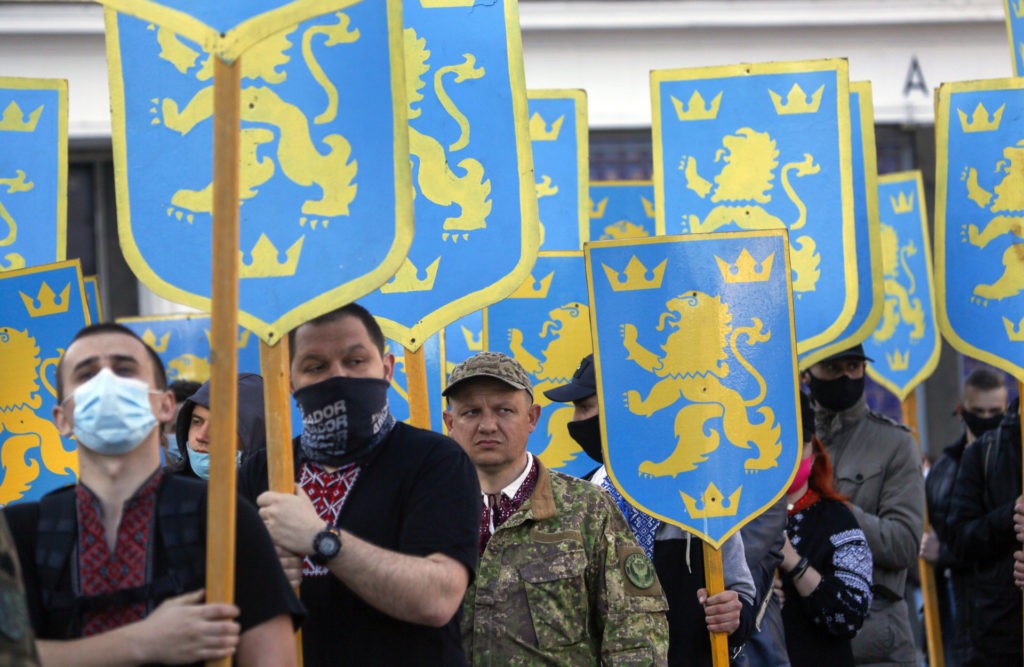 Ukrainian nationalists carry emblems of the so-called Galychyna Division during a commemorating march in Kyiv, Ukraine, Wednesday, April 28, 2021. The 14th Waffen Grenadier Division of the SS, called also Galychyna Division, was a World War II German military formation initially made up of volunteers from the region of Galycia with a Ukrainian ethnic background but later also incorporated Slovaks, Czechs and Dutch volunteers and officers. (AP Photo/Efrem Lukatsky)

Ukrainian nationalists received state recognition in the early 2000s for collaborators as heroes for their actions against the Soviet Union. According to the Jewish Telegraphic Agency, the popularity of the collaborators has increased dramatically since the 2014 war with Russia.

Ukrainian President Vlodymyr Zelensky, who is Jewish, condemned the marches.

“We categorically condemn any manifestation of propaganda of totalitarian regimes, in particular the National Socialist, and attempts to revise truth about World War II,” he said in a statement. 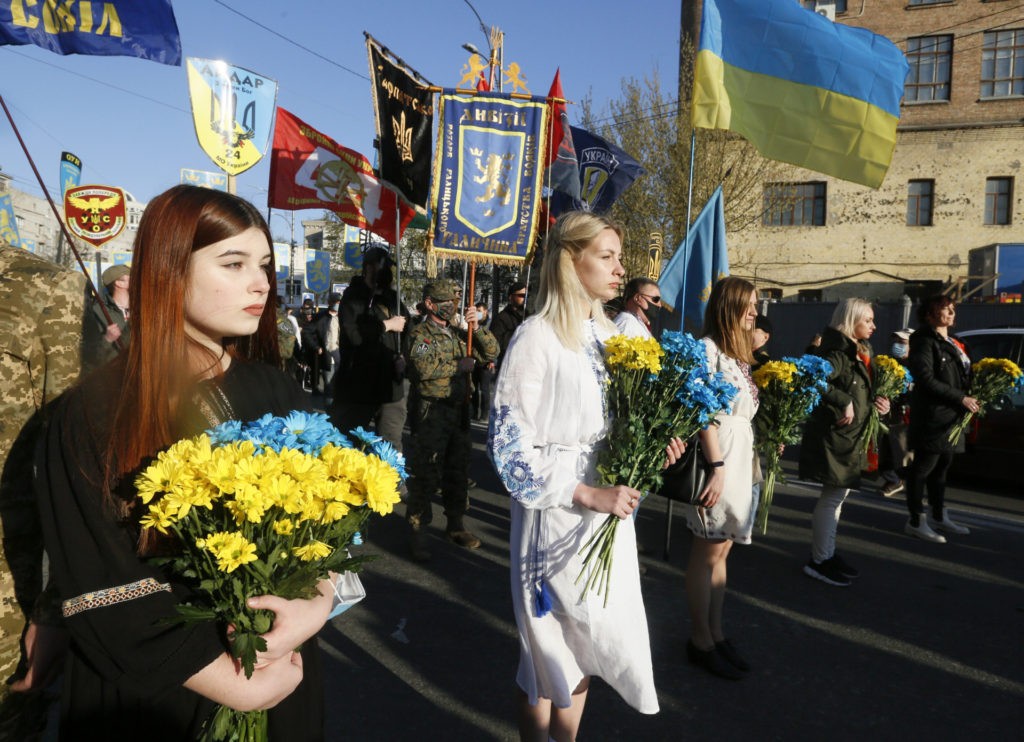 The German Embassy in Kiev also condemned the march.

“Waffen SS units participated in the worst war crimes and the Holocaust during World War II. No volunteer organizations fighting and working for Ukraine today should be associated with them,” German Ambassador to the Ukraine Anka Feldhusen wrote on her Twitter page on Wednesday.