Miss South Africa Lalela Mswane defied pressure from anti-Israel groups and even the South African government on Sunday and landed in Israel to represent her country in the Miss Universe pageant in the coastal Red Sea city of Eilat next month.

“Ready as I’ll ever be! I’m so grateful for this opportunity to represent my country on the @missuniverse stage!” Mswane posted on her Instagram account upon landing in Israel on Sunday, holding her country’s flag.

“South Africa! Let’s do this!”

Mswane, 24, has faced a campaign of abuse by South Africa’s aggressive anti-Israel organizations, who have sought for the last twenty years to tarnish Israel as an “apartheid” state, and to boycott it until it is dismantled, like apartheid South Africa. 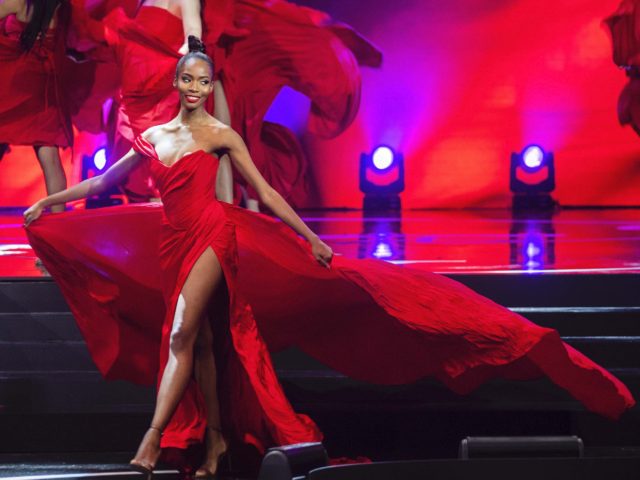 The South African government has joined the pageant boycott effort, though it has diplomatic and trade relations with Israel.

The South African government has called on its national beauty pageant winner to boycott this year’s Miss Universe contest due to its location in Israel, citing “atrocities against Palestinians.”

The government said it “withdraws its support” of Miss SA, Lalela Mswane, after local pageant organizers refused to pull her out of the contest in Israel.

Africa4Palestine, a Boycott, Divestment, Sanctions (BDS)-aligned group that touts itself as a human rights group, incorrectly announced this week that Mswane had withdrawn from the pageant, the South African Jewish Report said.

Mswane’s agent, Stephanie Weil, said the 24-year-old would be attending the contest “contrary to any indication otherwise.”

Africa4Palestine responded by threatening to “embark on a vigilant campaign including protest action” against the 24-year-old.

Africa4Palestine has not targeted other countries for protest — such as China, for example, which is currently incarcerating millions of Muslims in concentration camps. It has simply singled out the Jewish state.

South African news site Independent Online reported that Mswane’s announcement of her arrival in Israel was greeted with abuse by critics who likened her to a self-hating black woman supporting white minority rule in apartheid South Africa.

But others supported her, applauding her for sticking to her principles, ignoring the abuse she has received, and pursuing her dream of representing her country.

With a willing heart, open mind and an eagerness to learn and grow, I stand excited to reign as your Miss South Africa 2021.

The pageant is going ahead, despite a general travel ban that Israel imposed on tourists last week due to the new Omicron variant of coronavirus. Contestants will be required to undergo regular testing.

The pageant will be held Sunday evening, December 12, Eastern Standard Time — which translates into the wee hours of the morning in local time in Israel.