He said the time has come for “concrete steps” to be taken against the Islamic republic.

“Iran was carrying out ‘nuclear blackmail’ as a negotiation tactic and that this must be met with an immediate cessation of negotiations and by concrete steps taken by the major powers,” a statement from his office said.

His remarks echoed ones he reportedly made earlier this week to delegates at the negotiations in Vienna.

In a video statement obtained by the Associated Press, Bennett warned world powers Iran wants “to end sanctions in exchange for almost nothing.” 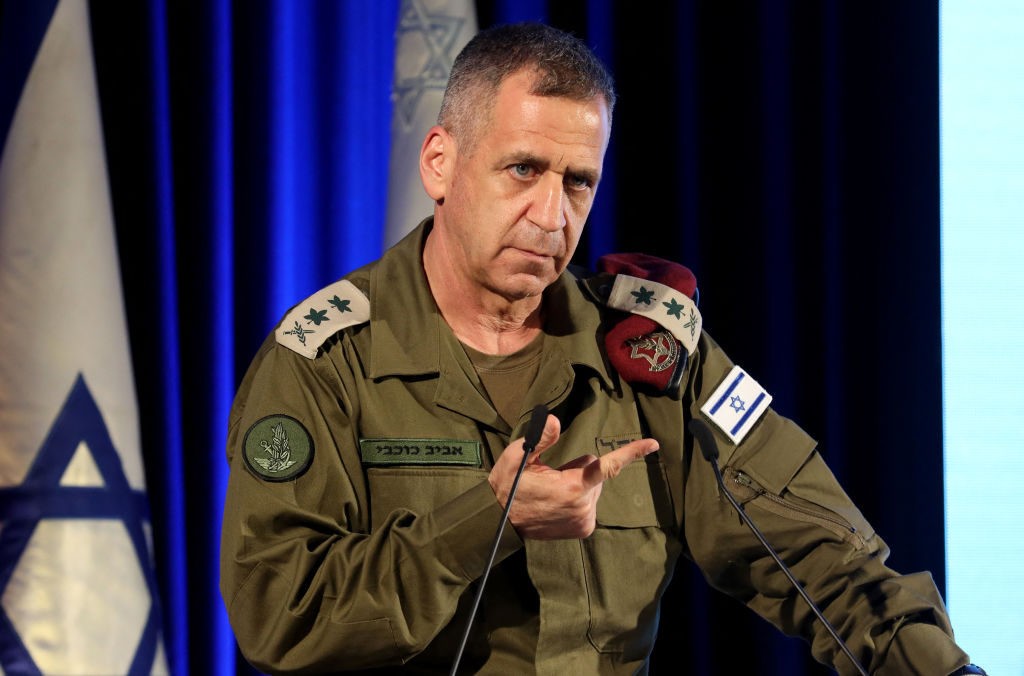 Israeli Armed Forces Chief of Staff Lt. Gen. Aviv Kochavi takes part in a candle lightning ceremony with Israeli soldiers on the Jewish holiday of Hanukkah in Jerusalem on November 29, 2021. Bennett earlier charged that Iran was re-entering talks on its nuclear programme to seek sanctions relief in exchange for “almost nothing,” insisting Tehran should “not be rewarded.” (GIL COHEN-MAGEN/AFP via Getty Images)

Iran, Bennett said, aims to press on with its nuclear program while receive hundreds of billions of dollars once sanctions are lifted.

The Israeli leader urged world powers not “give in to Iran’s nuclear blackmail.”

According to a report by Axios, which cited two senior American officials. Israel has been sharing intelligence with the U.S. proving that Iran is taking technical steps necessary to enrich uranium and reach weapons-grade 90 percent purity within a matter of weeks.

A recent report by the International Atomic Energy Agency (IAEA) showed Tehran has increased its stockpiles of enriched uranium as many as six times in excess of the limit laid down in the 2015 JCPOA nuclear agreement.

Both the U.S. and Israel have already expressed their belief that Iran could build a nuclear bomb within a matter of weeks to months, with the uranium enrichment levels it has reached.