Israel will become the first country to administer a fourth coronavirus vaccine shot for over 60s, healthcare workers and certain at-risk groups, in accordance with a recommendation Tuesday by a government panel of experts.

The news was welcomed by Israeli Prime Minister Naftali Bennett, who on Sunday said the country was on the verge of a fifth wave driven by the Omicron variant. He urged parents to vaccinate their children, and called on the country’s workforce to work from home where possible.

“This is wonderful news that will assist us in getting through the Omicron wave that is engulfing the world,” Bennett said in a statement.

“The citizens of Israel were the first in the world to receive the third dose of the COVID-19 vaccine, and we are continuing to pioneer with the fourth dose as well,” he said.

The move towards a fourth shot recommended by the Pandemic Expert Committee is set to receive final approval by the health ministry in the coming days. 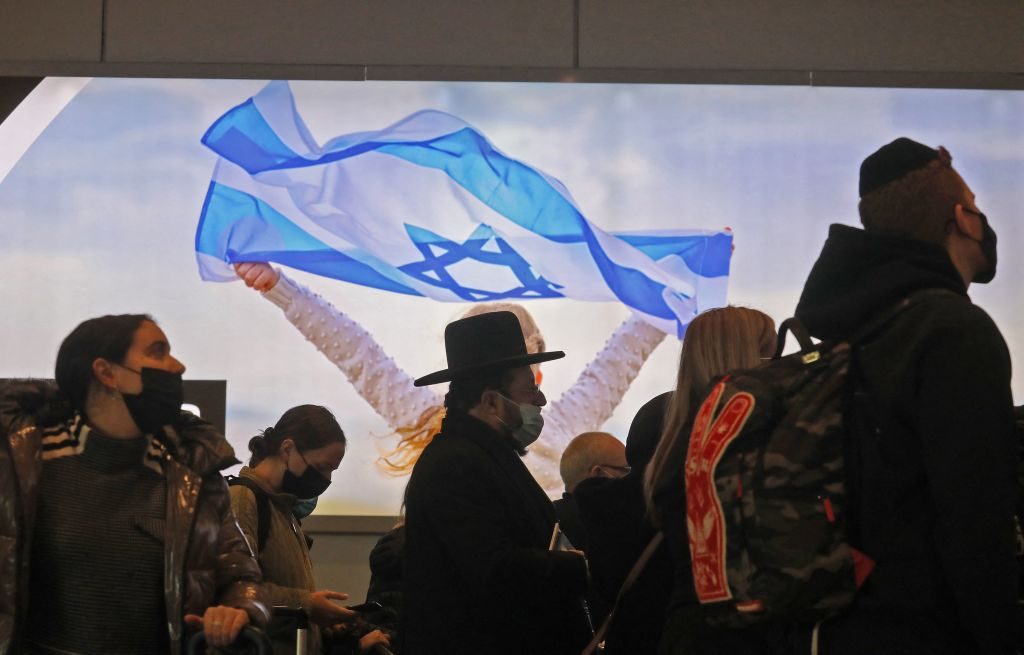 Israeli lawmakers on December 21 banned citizens and residents from U.S. travel, adding it to a list of more than 50 countries declared off-limits in an effort to contain the Omicron coronavirus variant. (GIL COHEN-MAGEN/AFP via Getty Images)

More than 4.1 million of Israel’s total population of 9.3 million have received the third booster shot of the Pfizer/BioNTech vaccine, while 70 percent have received two doses.

Beginning November, the vaccine was also offered to children from age five.

The Israeli health ministry has so far confirmed 341 cases of Omicron.

Israel’s vaccine campaign was the fastest in the world. In the summer, the country became the first in the world to offer the booster shot. With the emergence of Omicron last month, Israel implemented the world’s most aggressive effort to stave off the new Omicron variant and barred entry to all foreign nationals.

The country also ordered returning citizens to quarantine regardless of their vaccination status.

The country has also banned travel to the United States, Canada and eight other “red” countries to curb the spread of the omicron variant. 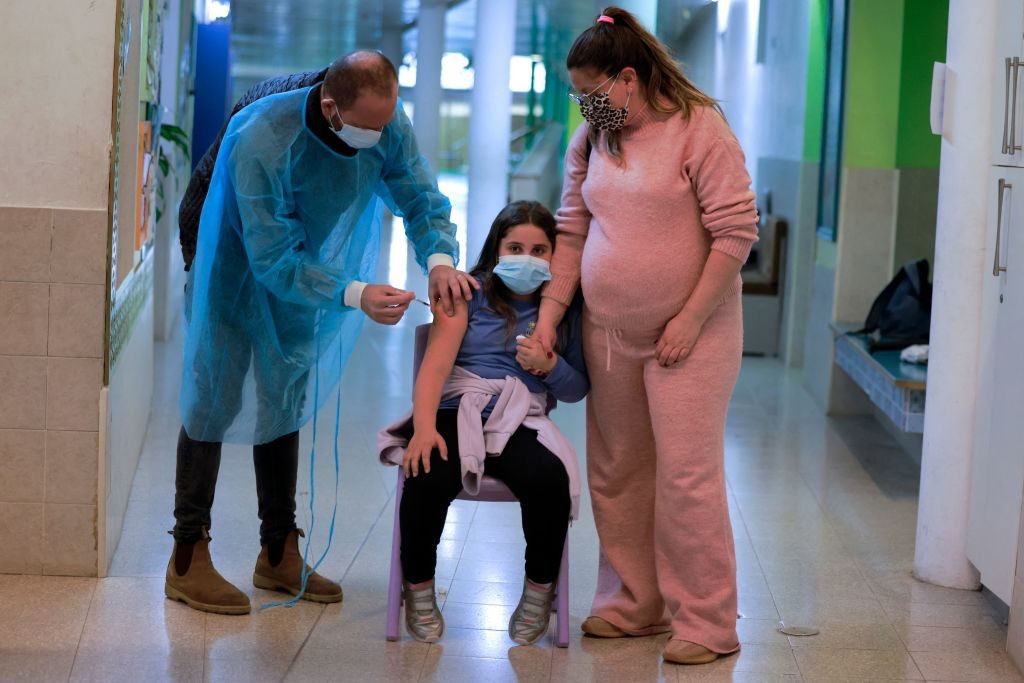 Lian Azulai, 9, receives a children’s dose of the Pfizer-BioNTech COVID-19 coronavirus vaccine at the Hadasim Elementary school in the Israeli town of Tzur Hadassah , southwest of Jerusalem, on December 19, 2021. (MENAHEM KAHANA/AFP via Getty Images)

The move marks the first time the U.S. has been added to the no-fly list. When the pandemic reached Israel in mid-March 2020, Israel refrained from restricting travel to the U.S., its closest ally, over concerns it would damage the relationship with the Trump administration.

New daily cases have been hovering around the 1,000 mark. There are more than 340 confirmed cases of the omicron variant.