A total 27,050 new immigrants arrived in Israel over 2021, and while that number marked a 30 percent increase over 2020, it was still lower than the pre-pandemic rate.

This year also saw 3,500 Jews immigrate from France, the highest number in four years. Another 7,500 people from Russia made aliya, or immigration to Israel, a 10 percent increase from 2020, while 3,000 came from Ukraine. 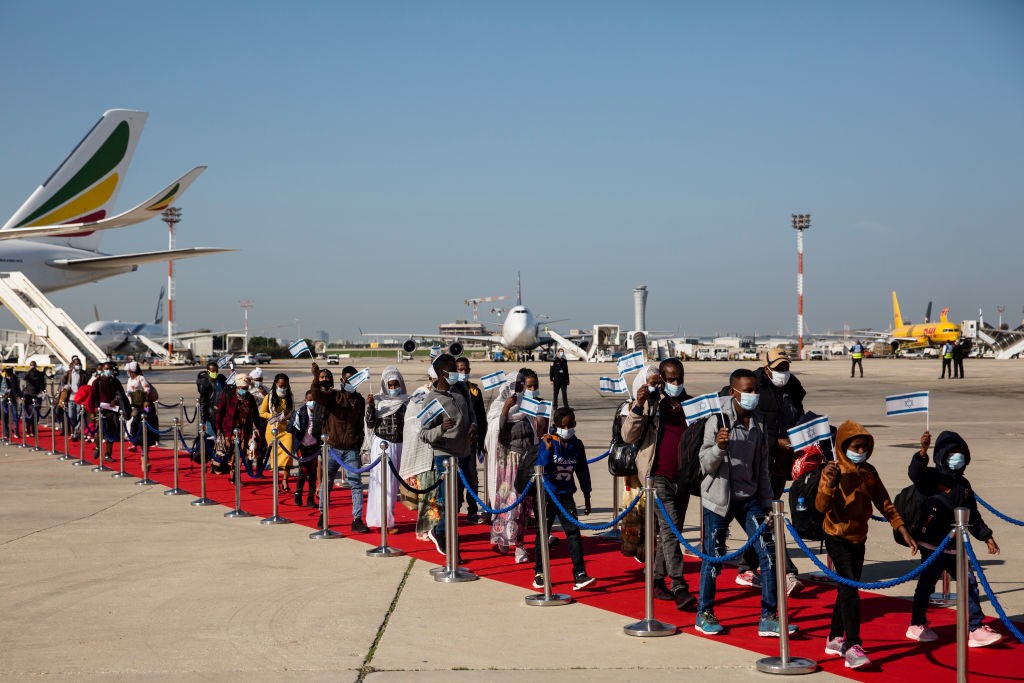 Newly arrived Jewish Ethiopian immigrants wave the Israeli flag as they walk on a red carpet upon landing in Israel on a special flight from Ethiopia on December 3, 2020 in Tel Aviv, Israel. (Amir Levy/Getty Images)

Other countries that saw an increase in 2021 include Brazil, Mexico, Canada, UK, Argentina, and South Africa. The latter also saw more people immigrating since the fall of the apartheid regime in the 1990s.

Aliyah and Integration Minister Pnina Tamano-Shata said: “Despite the pandemic and a variety of limitations, immigration to Israel has not stopped. We are delighted to welcome the tens of thousands of immigrants who chose to make Israel their home. Immigrants are a growth engine for the Israeli economy and are a national, economic and moral powerhouse for the nation.”