Israel informed the United States it was behind the killing of a senior officer of Iran’s Islamic Revolutionary Guards Corps’ Quds Force in Tehran on Sunday, the New York Times reported, sparking an outcry among Israeli officials over the leak.

Col. Hassan Sayad Khodayari was gunned down on Sunday outside his home in broad daylight by two unknown assailants on motorcycles who shot five bullets at point-blank range from a weapon equipped with a silencer.

Khodayari was the deputy commander of the Quds Force’s Unit 840, a shadowy unit in charge of terrorist operations against Israeli and Western targets overseas.

The assassination was a warning to Iran to close down the unit, the Times said.

The leak to the Times took Israel’s defense establishment entirely by surprise and a Knesset committee warned that it could could damage US-Israeli cooperation. 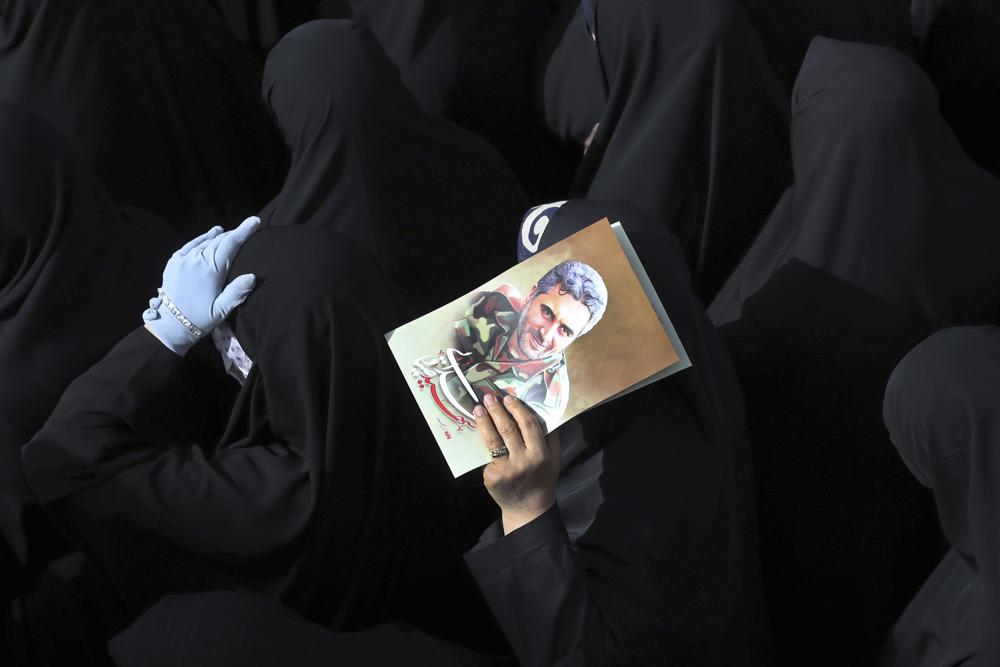 Mourners attend the funeral ceremony of Iran’s Revolutionary Guard Col. Hassan Sayyad Khodayari, shown in the poster, who was killed on Sunday, in Tehran, Iran, Tuesday, May 24, 2022. Iran’s hard-line President Ebrahim Raisi vowed revenge on Monday over the killing of Khodayari, who was shot at his car by two assailants outside his home in Tehran, a still-mysterious attack on the country’s powerful paramilitary force. (AP Photo/Vahid Salemi)

“We have very many close relationships and a lot of cooperation between us, which all depend on trust, and when it is violated in some way then it damages future cooperation,” he added. “I hope the Americans investigate the leak and figure out where it came from and why it occurred.”

Ben-Barak added his hope that the leak, which Israeli media said came from an American source, was a one-off and not part of the Biden administration’s policy. He noted it wasn’t “the first time” the Times had leaked a story about Israeli operations overseas.

He denied the Times’ claim that Israeli officials had confirmed to the U.S. that they were responsible for the killing and that the U.S. was not involved at all.

“As far as I know, we did not inform anyone or take responsibility, and that is for the best,” he said. 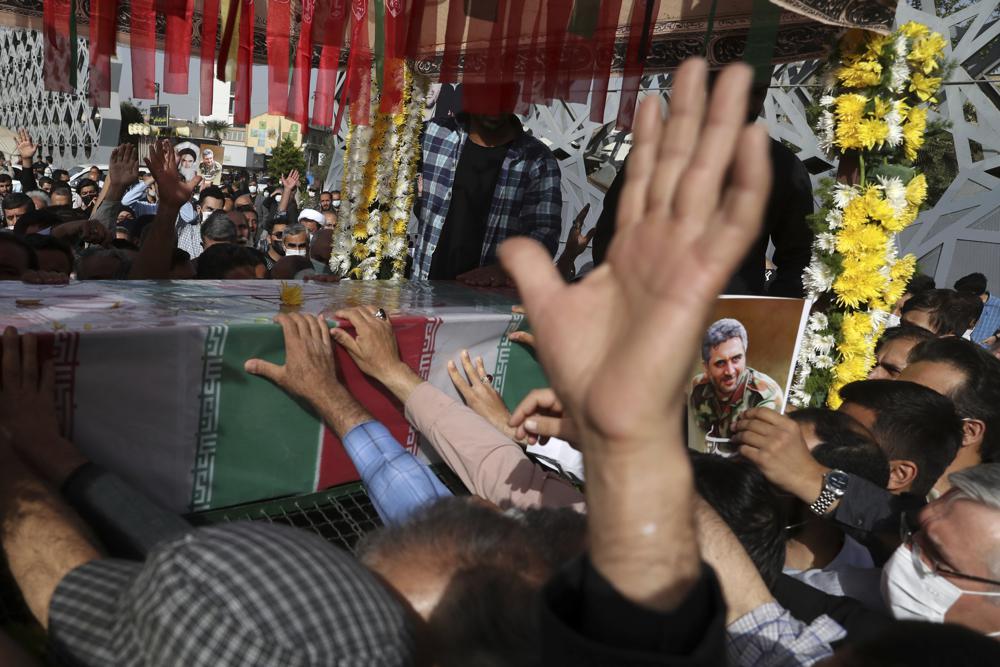 People mourn next to the flag draped coffin of Iran’s Revolutionary Guard Col. Hassan Sayyad Khodayari who was killed on Sunday, in his funeral ceremony in Tehran, Iran, Tuesday, May 24, 2022. (AP Photo/Vahid Salemi)

Israeli officials told the Ynet news site that they were demanding answers from their American counterparts over the leak. Israel officials were further concerned that the leak might lead to a spike in Iranian attacks against Israeli targets.

The killing is the latest in a series of assassinations of high profile Iranians. Gen. Qassem Soleimani, also of the elite Quds force, was killed by a U.S. drone ordered by the Trump administration in January 2020.

Scientist Mohsen Fakhrizadeh, known as the godfather of Iran’s nuclear program, was killed in November 2020 in an assassination attributed to Israel.