Embattled Rep. Vicente Gonzalez (D-TX) announced on Tuesday he will abandon his constituents by not running for reelection in his competitive congressional district — a seat sought by Republican opponents — to run in a safer Democrat district in order to have a higher chance of winning.

Gonzalez, who will still have to run in a primary against Democrats who have already announced their candidacy, is leaving his current seat wide open for Republicans to pick up. Per Gonzalez’s announcement, he will now be running in Texas’ 34th Congressional District rather than his current 15th District.

Republican Monica De La Cruz-Hernandez, who planned on running against Gonzalez in the midterms, previously told Breitbart News Saturday in April that the Democrats in his country are upset with his “lack of stance” on the illegal immigrants coming through the border. At the time, the Republican said she’d be ready to face Gonzalez but is willing to go against any Democrat that will be running against her in 2022. 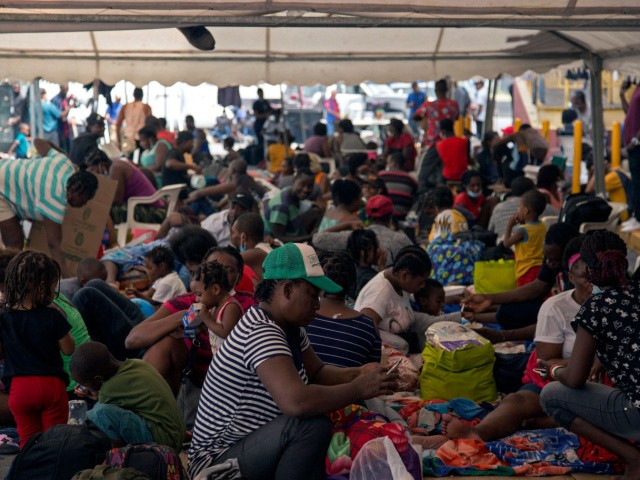 Haitian migrants remain outside a migrant shelter where they await their immigration resolution, in Monterrey, Mexico, on September 26, 2021. (Julio Cesar Aguilar/AFP via Getty Images)

Gonzalez claimed that his decision to switch congressional seats was made after Texas adopted the new redistricted maps, which made him more vulnerable in his current seat versus running for the seat currently held by retiring a Democrat, Rep. Filemon Vela (D-TX).

“Texas Republicans stripped hundreds of thousands of constituents out of the 15th District of Texas, which I currently represent, and moved them along with my residence into the 34th District of Texas,” Gonzalez wrote in a statement. “I intend to continue my work in Congress as a strong voice delivering for working families across South Texas.”

Torunn Sinclair, a spokeswoman for the National Republican Congressional Committee (NRCC), which is in charge of helping Republican incumbents and winning back the House, said, “Gonzalez is abandoning his constituents in Texas’ 15th district and running elsewhere because he knows he can’t win over the voters who know him best. This doesn’t bode well for Democrats’ majority in 2022.”

Gonzalez, in the last year, has faced a few scandals leaving some unanswered questions.

Breitbart News exclusively reported that Gonzalez provided disclosure statements for 2017, 2018, and 2019 on holdings with the Bank of China — which fully acknowledges itself as a “wholly state-owned commercial bank” and has been since the mid-1990s — between $100,001 and $250,000. The report revealed that the congressman was getting interest from the Bank of China each year, totaling between $2,501 and $5,000.

REVEALED: Democrat Rep. Vicente Gonzalez (D-TX) has on his three most recent financial disclosure forms filed with the clerk of the U.S. House of Representatives reported holdings worth more than $100,000 in the Bank of China. https://t.co/kNZ7o3BWW8

Not only did the money with the Bank of China raise questions, but the amount of interest the congressman was receiving at the time did as well. Gonzalez reportedly had between $250,001 and $500,000 in at least two other banks, in which he received no interest in one and collected only between $201 and $1,000 in interest in the other.

The congressman refused to do any type of interview with Breitbart News after multiple requests. In addition, Gonzalez even refused to have interviews with local news stations. Refusing interview requests raises many questions about the congressman from his constituents.

Additionally, Breitbart News unearthed newspaper reports and court documents from the early 2000s showing Gonzalez allegedly made “demeaning statements” about the local police that allegedly started a brawl with a municipal court judge and the then-mayor of Donna, Texas.

Despite the well-documented court filed and newspaper articles, Johnson from the congressman’s office told Breitbart News that “this is completely false” and would not specify further what he was referring to as “false.”

Gonzalez also voted in March to “defund the police.” The congressman voted to pass the George Floyd Justice in Policing Act of 2021 with House Democrats on an almost party-line vote of 220-212. Republicans described the act as a plan that would engage in “defunding the police.” 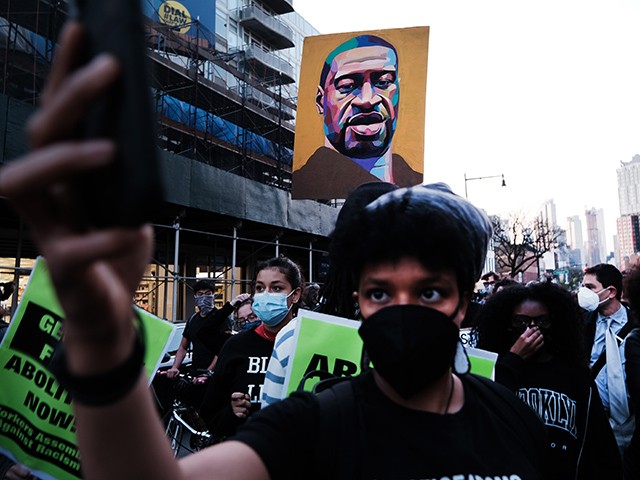 People march after the verdict of the Derek Chauvin trial in Brooklyn on April 20, 2021, in New York City. (Spencer Platt/Getty Images)

The Congressional Budget Office’s (CBO) nonpartisan analysis of the bill found it would hurt more than 18,000 police departments around the country. “More than 18,000 law enforcement agencies nationwide would be affected by the bill’s requirements,” the CBO said in a letter to top congressional Republicans on the matter.

“The clearest sign that Democrats know their majority is gone in 2022 is the steady stream of House Democrats retiring or looking to run for any seat but their own,” said Calvin Moore, the Congressional Leadership Fund communications director, a super PAC with close ties to the House Republican leadership. “Democrats are flocking for cover because they know they’re going to get crushed in the midterms.”