Republicans have taken a clear lead over Democrats in the RealClearPolitics and the FiveThirtyEight generic congressional ballot average less than a year before the midterms.

The November midterm election will decide the majority in the House and Senate, as both chambers barely have a majority. The House Republicans only need to gain five seats, while the Senate is currently tied 50 to 50, allowing votes. However, the Democrats have the advantage as vice president Kamala Harris can cast the tie-breaking vote in favor of her party’s wishes. 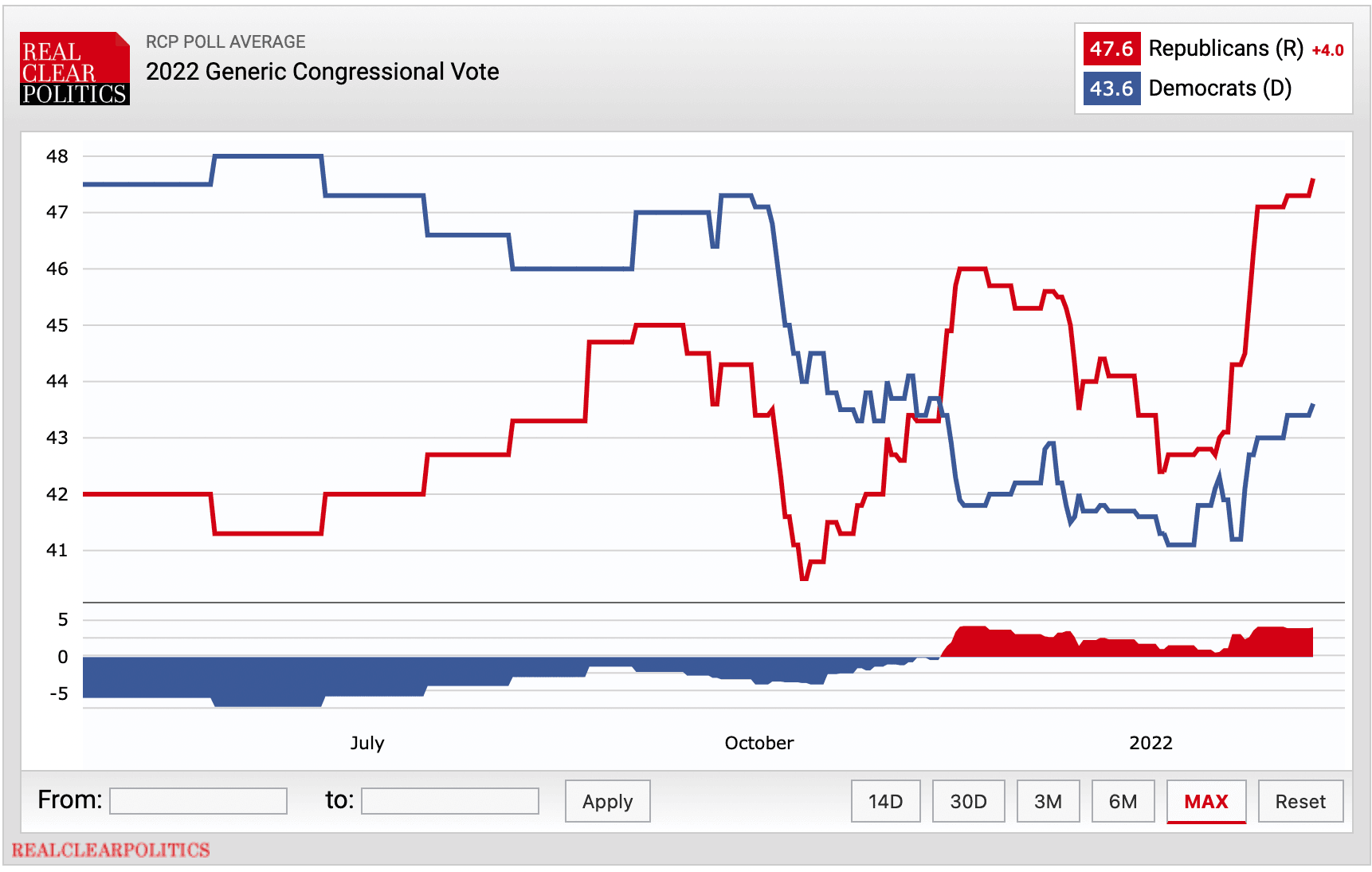 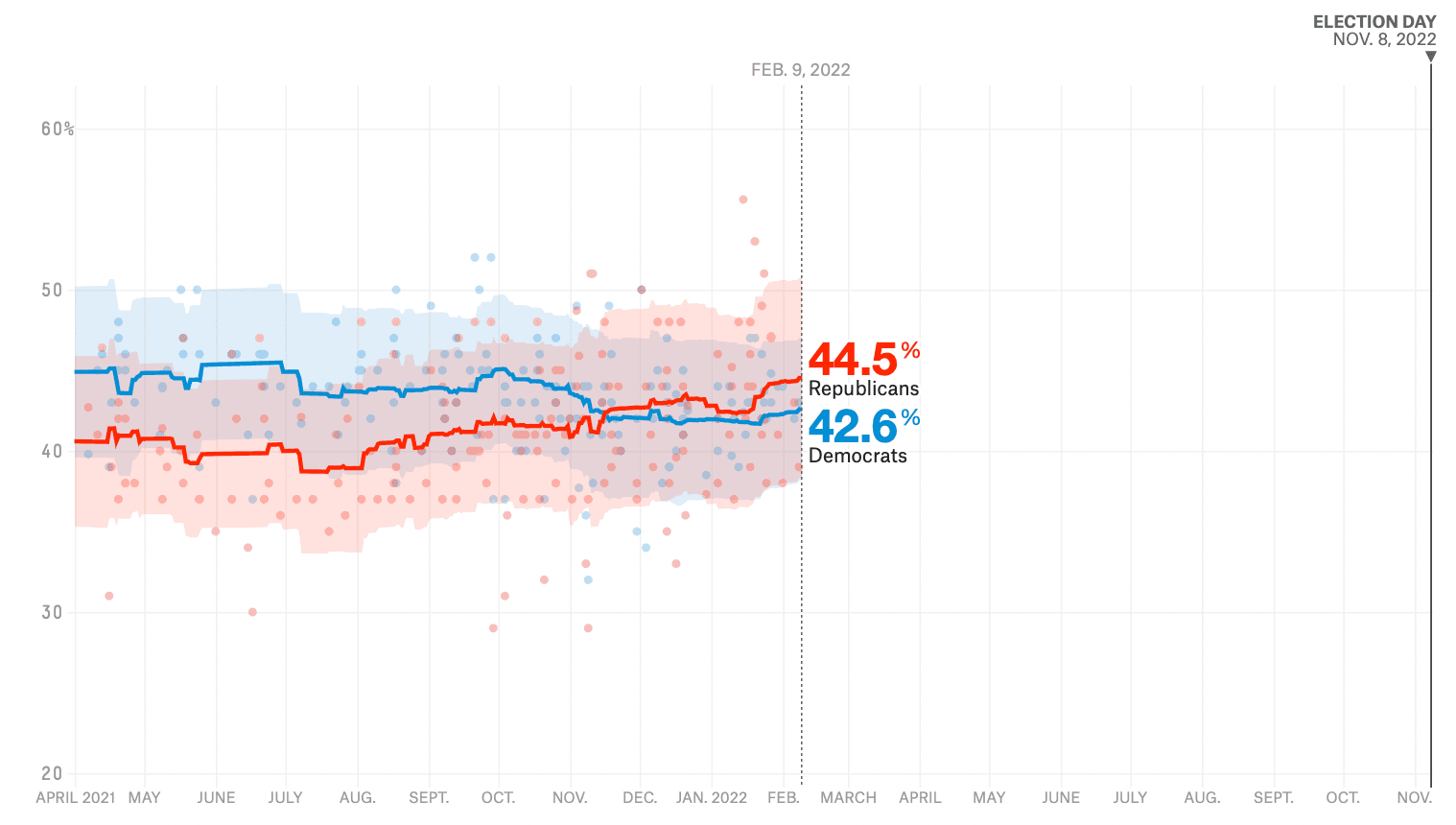 FiveThirtyEight: Do Voters Want Democrats Or Republicans In Congress? (Screenshot)

The average kept by FiveThirtyEight shows a lightly less lead than RealClearPolitics, but it is a clear indication of how the polls are trending with less than a year before the midterms.

RealClearPolitics and FiveThirtyEight create their average numbers using polls from multiple polling sources, such as Economist/YouGov, Politico/Morning Consult, and others.

A recent poll from Harvard-Harris also showed that 59 percent of registered voters disapprove of how the Democrat-controlled Congress is doing its job, while 30 percent strongly disapprove.

The poll showed that only 30 percent of the poll respondents said they approve of how the Democrat-controlled Congress is doing its job. Eleven percent said they “don’t know” or are “not sure.”