It is now March of 2011. That jihadi attack on the United States is over nine years behind us. The declaration of a global jihad from Iran in 1979 is over 30 years in our rear view mirror. The national security apparatus of the United States has spent hundreds of billions of dollars to “make America safer,” yet we still have not defined our enemy – or even tried. There is no place in the national security structure which has objectively evaluated the threat doctrine of our enemy, and then created a strategic plan for victory for the United States – per U.S. warfighting doctrine. This lack of strategic understanding of the nature of the threat we face is not only costing us lives on the battlefield in wars with no realistically stated objectives, but so long as we drift aimlessly, we cannot win and we allow the enemy to move our boat as he sees fit. That, is the enemy’s strategy. And he is executing with great success.

Does anyone wonder how it is the U.S. military is crushing the enemy on the battlefields of Iraq and Afghanistan (and elsewhere) daily, yet not winning the strategic war?

The United States continues to view the wars (the establishment sees this as several conflicts, not as one global conflict) as kinetic engagements where guns, air power, drones, bombs, and other weapon of war are brought to bear on “Al Qaeda terrorists” and others with whom we are engaged on the many battlefields around the world. At the FBI, the focus is on preventing the next attack. While this is important, “attacks” are not the main focus of effort for this enemy. Local and State Police are also focused on preventing attacks, the physical security of office buildings, critical infrastructure, and the safety of important public figures. When the subject of an investigation is found NOT to be involved in a plot to cause “violence” that case is closed and the investigator goes on to the next one in the stack. This is where we are losing the war. While preventing a school bus bombing or the take-over of a bank by Jihadis should be taken seriously by our law enforcement officers, from the enemy’s perspective, these are tactical engagements, not strategic.

Every brand new intelligence officer in the United States military knows that when the United States evaluates a threat, our doctrine drives us to begin our process with WHO the enemy says he is and with WHAT the enemy says are HIS reasons for acting. That is where the U.S. analytical process begins – per our own doctrine. If we had done this after 9/11, we would not have so much confusion about the enemy we are engaging.

One hundred percent of the enemy we are fighting states he is fighting “Jihad” in the “Cause of Allah” in order to implement Islamic Law (Shariah). Therefore, U.S. analysts must begin here. Does Islamic Law exist? If so, what does it say about “Jihad” and the requirements for Jihad? In fact, authoritative Islamic Law does exist. There are not “a thousand interpretations” as the Muslim Brotherhood advisors tell our leadership. Islamic Law does define “Jihad” and the requirements for Jihad. Islamic Law as defined by those using it to kill us and overthrow our government necessarily becomes the “Stated Enemy Threat Doctrine.” As a 4-star general told me a few months ago when I asked him what he thought about the fact that when Al Qaeda quotes Islamic Law they are always accurately quoting Islamic Law: “Well, if that’s true, it completely changes the nature of the way we are fighting this war.” Exactly.

Our entire national security apparatus is focused (fixed) on the threat of the violent Jihadis – Al Qaeda and the hundreds of other jihadi groups throughout the world engaging U.S and allied troops on the ground around the world. 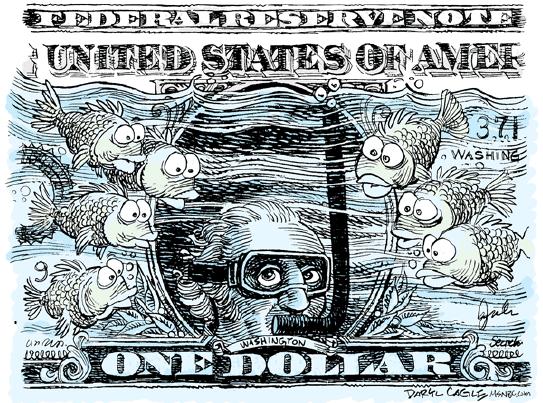 Our enemy has no intention of defeating us on the battlefield. The kinetic war being waged by organizations like Al Qaeda, Hamas, and the many other jihadi groups is meant to bleed us, fix us in place, and create a strategic distraction while the real war they are fighting is won in the information battlespace. While AQ fixes us in place, the Organisation of the Islamic Conference (OIC) presses the U.S. – and the West at large – into a corner with a stated foreign policy mirroring that of Al Qaeda. Who is the OIC? The OIC is the umbrella organization for every Muslim nation in the world – 57 states (they count Palestine as a state). At the Head of State and King level the OIC seeks to re-establish the global Islamic State (Caliphate) and implement Islamic Law. They have a 10-Year Plan in English on their website that may begin shedding light on who they are and what they intend for the West. In 1993, the OIC served an official treaty to the United Nations called the “Cairo Declaration” stating the OIC defines “Human Rights” as Shariah (Islamic Law) – this is significantly different from the International Declaration of Human Rights. In fact, the reason the International Muslim Brotherhood is calling for the death of Qaddafi is because he is “killing Muslims without right,” a capital crime under Islamic Law, and an act defined as “terrorism” by the OIC – that means the Head of State and King of every Muslim nation in the world has a parallel foreign policy from the one they are discussing with our State Department, and our State Department does not have clue one about it.

The International Muslim Brotherhood, the “vanguard” of the global Islamic Movement, is the leading edge of the enemy’s assault on the United States and the West. The Muslim Brotherhood, like the OIC and Al Qaeda, seeks to re-establish the global Islamic State (Caliphate) and implement Islamic Law (Shariah). You do not need a SCIF or a “secure space” to pull this information up on a classified government system. All of the enemy doctrine can be found on the worldwide web, in books, in speeches, in their training curricula, and coming out of their mouths on a daily basis. We just need to listen. The Muslim Brotherhood’s creed includes the the phrase “…Jihad is our Way, and martyrdom in the way of Allah is our highest aspiration.” The MB assassinated the Egyptian Prime Minister in 1948, and the Egyptian security service killed MB founder Hassan al Banna on the streets of Cairo in 1949. Violence is inherent to MB operations, manifested in the “Special Section.” The “Special work” of the MB is “Military work” – violence and warfare. Hamas was created out of the Palestinian Muslim Brotherhood as the result of international MB meetings. Hamas is a designated terrorist organization. Recordings obtained by the FBI of MB meetings in the U.S. reveal they have had weapons training camps here as early as the mid-1980’s. When the MB says they have “renounced violence” they are – hold onto your hats – lying. 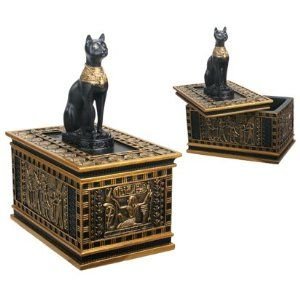 The MB’s doctrine is crystal clear on their objectives. The means for achieving these objectives is to wage a “Civilization-Jihadist Process” – a “grand jihad” – to destroy us from within. They seek to co-opt our leadership in all areas of our society – political, military, intelligence/law enforcement, media, religious. Civilization jihad by our hands. When we see that the Islamic advisor to President Clinton was a Muslim Brother and an Al Qaeda operative currently in federal prison, or that the MB runs the Shariah Compliant Financial programs for the U.S. Department of the Treasury, or that senior policy advisors to Secretary Napolitano are Muslim Brothers, or that the Assistant Director for the FBI’s Weapons of Mass Destruction Directorate is an Iranian-born Muslim, we see that there are catastrophic security issue within the U.S. government and that – just maybe – the MB means what they say.

During this series, we will go into painful detail to identify and describe the primary Muslim Brotherhood organizations in the United States, especially those working with U.S. law enforcement, intelligence, and national security organizations. We will also detail some of the individual within the U.S. system who are aiding and abetting the Muslim Brotherhood, or at least unwittingly assisting them. The utter and complete catastrophic failure of the very agencies charged with protecting us will be detailed over the next several weeks. If facts are upsetting to you, please don’t read.